It's Time to Talk About 3DS Sales

Also, bonus speculation about the New 3DS launch in North America and Europe. 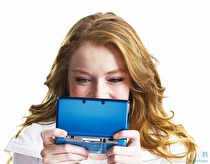 With the release of sales data from November 2014, we now know that the Wii U sold around 250,000 units during the month, up a little bit from 2013, and the Super Smash Bros. games and Pokémon Omega Ruby and Alpha Sapphire have combined for a little less than 4 million unit sales so far. Wii U software sales are up more than 90% overall, and heck, Amiibo are even doing well. Notice something missing from all that? No mention of 3DS system sales. Weird. How’s that doing?

In short, not that well. The 3DS has been trending downward for the past year, and the absence of the system’s November output from Nintendo’s press release shows that 3DS system sales are either flat or down. Judging by the recent history, I’m more inclined to think it’s the latter.

We all know that 3DS started slow but quickly turned around, moving 15 million total units during 2011, after a little more than nine months on the market. 2012 was similar as the system essentially doubled its total sales to just shy of 30 million units worldwide. 2013 added another 12 million units, a small decline from the previous year’s sales that was short of Nintendo’s internal expectations.

2014, however, was a different story altogether. In the first three months of 2014, the 3DS only sold around 600,000 units, less than half of the total system sales from the same period a year prior. April, May, and June were similar, as about 800,000 3DS systems were sold worldwide, down from the more than 1.3 million from a year earlier. The summer was similarly sad as 3DS system sales halved again. If the 3DS keeps up the pace of 2014, it’ll sell about 4 million worldwide in the final three months of the year, which would pale in comparison to the 7.75 million from the year before. Here's a nice visual representation to highlight the decrease in worldwide sales of the 3DS from 2013 to 2014: 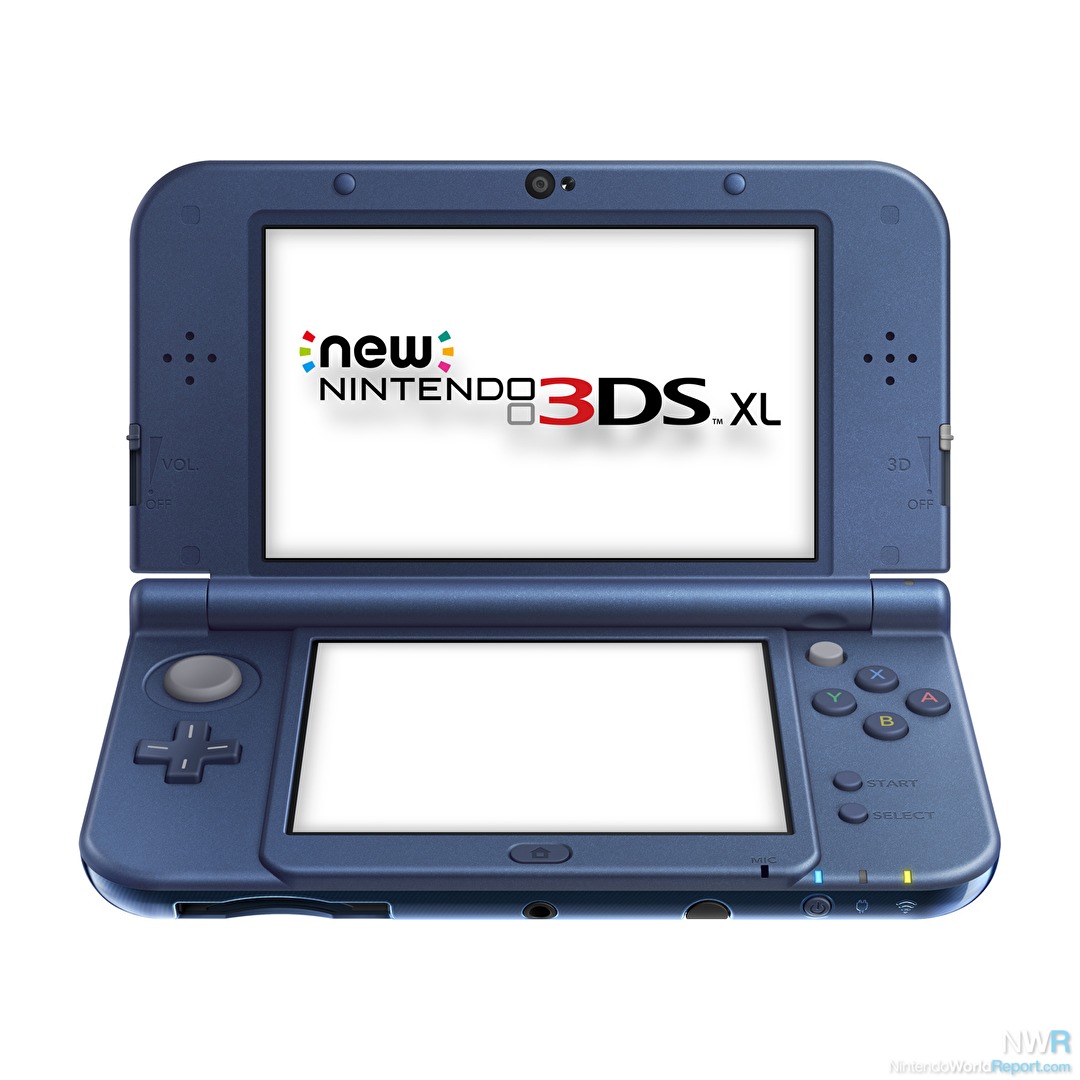 However, it does seem the New 3DS is giving the system a small shot in the arm in Japan (and likely Australia). Will that be enough to reverse the downward trend when the New 3DS comes to America and Europe? In order for that to happen, compelling software that is exclusive or works far better on the New 3DS needs to come out. While there is likely a small sect of people who were holding out to buy a 3DS for a second analog stick, the New 3DS isn’t meant to attract a whole new market. The purpose of the New 3DS is to sell the system again to owners of the 3DS or 3DS XL. That kind of upgrade has worked out for Nintendo in the past, with the DSi and 3DS XL both boosting sales of both console families.

We still haven’t heard about the New 3DS in North American or Europe, but Nintendo’s release schedule for early 2015 seem to hint at a March launch in America and a May launch in Europe, with Code Name S.T.E.A.M. and potentially The Legend of Zelda: Majora’s Mask 3D being launched alongside the new system in each territory. Are those two games enough to push a wealth of 3DS owners to buy a new system? For Nintendo’s sake, let’s hope so.

The software lineup for 3DS has been relatively weak this year - at least compared to what you might expect for a system that has a solid install base and little competition outside of mobile games. But that's the problem: the siren song of mobile has lured many developers away from 3DS development. A shame really... despite some gems in the library, 3DS just isn't getting the software support it deserves in my opinion.

I definitely think the software lineup is to blame. There just haven't been games this year. Yeah I know, Pokemon and Smash. I didn't get either. Surely I've played something since A Link Between Worlds... Right? I can't even remember.

I feel like the 3DS suffered this year in an effort to get Wii U games out. Might not be totally related, but..

I think it's time for a better Virtual Console experience (broken record on that one) and the "Nintendo Fusion". Nintendo focusing on one system instead of two will yield fantastic results, I think.

I think the eShop has actually been surprisingly strong this year, especially stuff like Shovel Knight, Azure Striker, Xeodrifter, Retro City Rampage, Shantae...I think eShop has been effectively pushed by Nintendo in 2014, an improvement over past years. I think the first half of the year was just excruciatingly slow. Bravely Default was utterly fantastic, but not necessarily a system-pusher. Arguably the three biggest 3DS releases in 2014 (SSB 3DS / OR&AS) were not received quite as strongly as 2013's (Zelda: ALBW / X&Y).


I think Nintendo would be wise to put the New 3DS on North American and European shelves as soon as possible in 2015. Why not March 27 - the four-year anniversary of the original 3DS launch? Why not give the people looking forward to Monster Hunter 4 Ultimate the best experience possible? Just another thought, with Amiibo really taking off the past few weeks, I started thinking about how cool it would be for past 3DS titles to make use of the figures on the New 3DS. Perhaps you could swap weapon gems in Kid Icarus: Uprising with Pit's Amiibo, or use the Marth figure to battle friends in Fire Emblem: Awakening. Maybe they could generate some interest in past games like Mario Kart 7 by offering updated Amiibo functionality.

I know Majora's Mask is coming up next year, I really wish Nintendo would follow up with another N64 re-make like 2011 (Ocarina 3D / Star Fox 64 3D). Maybe port the second DKC Returns game - Tropical Freeze - to the New 3DS, or bring back the original Luigi's Mansion with 3D effects. I have also been hoping for more installments of stuff like F-Zero, but a new Metroid game would be my first choice if given the option. What about Wario Land 5 or another handheld WarioWare? I still think WW: Touched was one of the best NDS games; if nothing else it went a long way to show what the hardware was capable of. I have always seen it as a missed opportunity that there is no 3D-based WarioWare game on the 3DS.

The issue of the skimpy 3DS Virtual Console library is one thing that could go away; why not at least give everyone access to purchase the "Ambassador" GBA games? I'm glad I already have them, but I feel like it just makes very little sense to hold back so much on the 3DS VC. I library so much. I think a lot of people would really enjoy more options. Why can't there be Super Nintendo games? It really gets me that Sega released a bunch of 3D-enhanced classics, but Nintendo hasn't done so in a while.

Now is the time to shine for the Wii U, and I respect that - but the 3DS and Nintendo handhelds in general could definitely use an energizer. It would be really cool if third-parties would be more supportive; it's not like the original DS lacked solid third-party games - what ever happened to Square-Enix's incredible Final Fantasy remasters? I was really pulling for FFV on the DS or 3DS shortly after playing FFIV and FF: 4 Heroes of Light. If it gets us one step closer to an eventual FFVI remaster, I'll take it. Dare I entertain the idea of a sequel or "3D-make" for The World Ends With You? Where's Rockstar with another GTA: Chinatown Wars? Where's a great Sonic side-scroller like Sonic Rush or Sonic Rush Adventure? Where's a Castlevania side-scroller worth talking about?

The sales of the console might be down, and that's not surprising because they only brought one new "must have" game to the table this year- Smash Bros., which was pretty much automatically invalidated by the Wii U version a month later.

However, as eroteme mentioned, the eShop has been strong in sales this year and that's probably been a huge benefit to Nintendo. They seriously need to step up their game with the 3DS in 2015 if they want to continue selling units or even have a decent launch for the New 3DS.

I feel like the 3DS suffered this year in an effort to get Wii U games out. Might not be totally related, but..

Did we not say the exact opposite last year, that the Wii U suffered as Nintendo put more emphasis into the 3DS?  It seems that Nintendo not having enough resources to fully support two platforms continues to be a problem.  Yet I've heard no news of new hirings or acquisitions.  Are they aware of the problem?  Are they making any attempts to address it?

Considering the 3DS has a decent sized userbase and that gives 3DS games the potential for sales figures Wii U titles don't have, Nintendo made the right choice.  Is the 3DS doing terrible or just not as good as the DS did?  Eventually systems sales will plateau but if you have a good sized userbase and they're buying games then you're still making money.  And the funny thing is that the decreased 3DS sales of 2014 are figures Nintendo would kill for the Wii U to be doing.

I think this all goes back to flrcing the 3DS out before the end of the fiscal year in 2011 and the subsequent reaction to that. They've been on the back foot trying to compensate for that, then overdoing it and starting the Wii U slow, and they Just haven't been able to completely catch up with either.

The question is are they combining the Mobile and Console Sku or not.  If they are not its time to finally produce a handheld that can 1up the Vita in terms of horsepower and screen.

I don't think that is the case though and that is why we are seeing the New 3DS.  They are going to combine the two to the detriment of the 3DS.  We should be hearing about the WiiU/3DS successor in 2015 if they are going that route.  The 3DS is just to far back even compared to most phones now.

The more people that buy a system, the less people there are to sell to. Maybe the drop is a bit drastic, but this still seems like the natural order to me. Now, it's time to sell boatloads of software.

Is it 2011 again? Damnit I knew I should have stayed away from that angel statue in the churchyard.

Yet I've heard no news of new hirings or acquisitions.  Are they aware of the problem?  Are they making any attempts to address it?

Nintendo opened a new building in Kyoto this year. It is similar in scale to the company's headquarters which is also in Kyoto.

You'd think Nintendo would do another run of Majora's Mask if the first run sold out in 1 Day.

Limited Edition be damned. If it is going to make you money, do another run, before the black market eats up all your profits.

So the December NPDs came out and the 3DS sales were, uh...

So the December NPDs came out and the 3DS sales were, uh...

The games!!! The games!!! We know nothing about hardware sales. Look at our games please! No! Stop asking for hardware numbers look at all our awesome software sales!