Andrew missed the launch party, but the country is still celebrating! 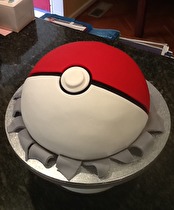 When the clock struck midnight on November 21st, Australia saw the simultaneous release of the two New 3DS models and both Pokémon Alpha Sapphire and Omega Ruby versions to go with them. In the typical flashy style of Nintendo's launch parties, EB Games was the place to be to catch all the action.

And yet, sadly, I missed it.
It's embarrassing to admit, but my schedule, plus my minimum "an hour out of the nearest city, and that's with no traffic" meant I just couldn't be at a midnight shindig this time around. And from what I hear it was quite the event, at that. Special launch retailers the country around were giving away their own Pokémon gym badges with symbols representing each of the cities they were from, just like in the games! Melbourne's badge featured our iconic trams.

The scene at The Nintendo Experience 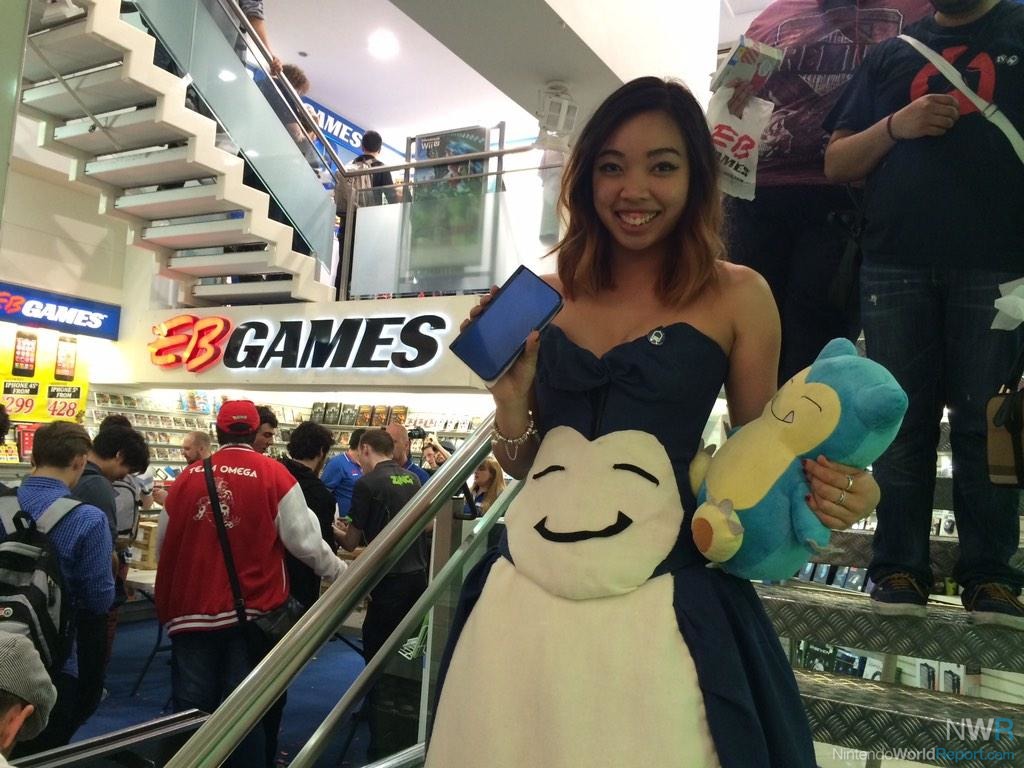 I hear tell of Pokémon DJs, Pokéball cakes, pudding pops and even Pokéball pizza, trivia and game giveaways and a veritable StreetPass heaven that alone makes attending these things worthwhile. At the Melbourne location, people allegedly lined up in the hundreds, perhaps thousands, to get in on the ground floor with Nintendo's newest handheld. Cosplayers strode about the store in confidence, whilst portraits were drawn and fans conversed about their favorite collectible monsters and training strategies. Oh, how I longed to have been there!

The great thing, though, is the aftermath of the party. Walking around the city, you see people playing their New 3DSes and trading Pokémon, StreetPass hits all gush about the new system and games, Pokémon balloon animal remnants linger at the Swanston St. EB Games store. If there was any doubt about the popularity of Pokémon as a series, or the 3DS, or Nintendo in general, one need only look at the massive turnout events like these encourage. The incredible amount of love people show for the series and franchises they enjoy, the creativity in their costumes, even the dedication in their attendance is inspiring - truly Nintendo fans are the best in the gaming crowd.

Photos courtesy of Nintendo Australia. Check out the gallery below!