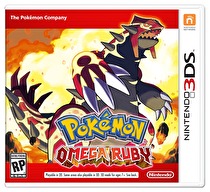 5) Bold Colors Are Back – As I referenced in my article calling Ruby and Sapphire the best Pokémon games ever, one of my favorite things about the original is its bold, bright color palette. It doesn’t look quite like any other Pokémon game in style, and I’m pleased to say that they brought it (or something like it) back for Omega Ruby and Alpha Sapphire. As soon as I stepped into the world expecting another X and Y (which had one of the less interesting art styles in my opinion), everything looked and felt right. 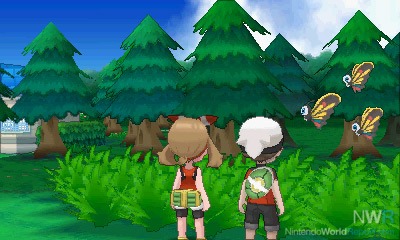 4) There Might Be Even Less 3D than X and Y – I also made a reference to this in an older article, but if you notice, the 3D warning text on the box changes from “Playable in 2D and 3D.” in X and Y to “Playable in 2D. Some areas also playable in 3D.” It isn’t tough to see why. We get those excellent 3D Latios cut scenes and single-battles, but no other part of the game is in 3D. This doesn’t sound crazy at first because most of X and Y isn’t, but remember that X and Y had some 3D environments – specifically many caves and interiors. In Omega Ruby and Alpha Sapphire, there was none of that to speak of (despite there being some simple interior areas where 3D would make sense). It was a short demo, but signs are pointing towards more limited 3D. However, that’s not a huge deal because…

3) The Game Generally Looks Better than X and Y – The bold colors look great, but I also think the game in general looks a bit sharper than X and Y, much in the same way SoulSilver and HeartGold look better than Diamond and Pearl. Even if that wasn’t the case, there were a lot of little things that stuck out to me as wise aesthetic choices. I think the game looks way better now that you can run with free movement (as opposed to the jerky animations in X and Y of the protagonist’s eight-direction movement and unwieldy rollerblades). Additionally, I like that they changed Mossdeep so the rocket has its own platform in the distance (I wonder if we’ll be able to use it to get Deoxys on the moon or something!). It could just be me, but I mind the lack of 3D this time around far less than X and Y. 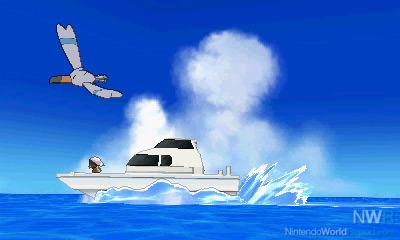 2) The Music Is Still Dope and Still Ruby and Sapphire – DAT WILD BATTLE THEME REMIX. DAT RUSTBORO/MOSSDEEP CITY REMIX. I CAN’T WAIT FOR THE REMIX OF MAXIE AND ARCHIE'S THEME.

1) The Game Seems Better than I Thought – Even as someone who loves Ruby and Sapphire to death, I had low expectations for this remake. I expected it would carry over the poor frame-rate and 3D/2D mix of X and Y (it sure did!) and I expected they would kill the spirit of the originals in the same way I feel SoulSilver did, but the former isn’t bothering me and the latter seems like it won’t be the case. Everything I played in the demo felt exactly the way a Ruby and Sapphire remake (or remake of any kind) should: take inspiration from the originals to bring the new versions into the modern era. After seeing those quick trailers in the demo, I’m excited to see what new features and locations are added just as much as I’m excited about what they’ve done to places like Slateport and Rayquaza’s lair. 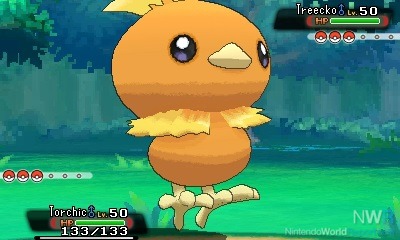 Maybe with these new games, people will finally see the things I love about the originals thanks to a more modern context. How did the demo treat you guys? What cool stuff did you notice? Drop a comment below!

My observation? The game runs like shit. 15 FPS is not something I enjoy.

(I wonder if we’ll be able to use it to get Deoxys on the moon or something!).

I remember those rumors. What was it? 56 rocket launches?