Professor Layton and the Lapsed Gamers

As the next Layton game comes out, could the series’ players be wearing thin?

The Professor Layton series, which is, for the most part, wrapped up as far as we know, has been prolific since the series came to North America in early 2008. There have been six entries across the DS and 3DS, a movie, and a spinoff with Phoenix Wright (due out stateside on August 29). That's not even counting whatever the hell that Layton Bros. iOS game was. If you've had a hankering for some puzzles and a lavishly presented story with ridiculous twists and turns, you have had ample opportunity to play a Layton game.

For me, I adored the series from day one. I blew through the 2008 debut Curious Village. I loved the 2009 sequel Diabolical Box. I was sincerely touched by the 2010 release Unwound Future. I enjoyed the first of the prequel games, The Last Specter, in 2011 and got sucked into London Life, the Animal Crossing-like bonus mode. 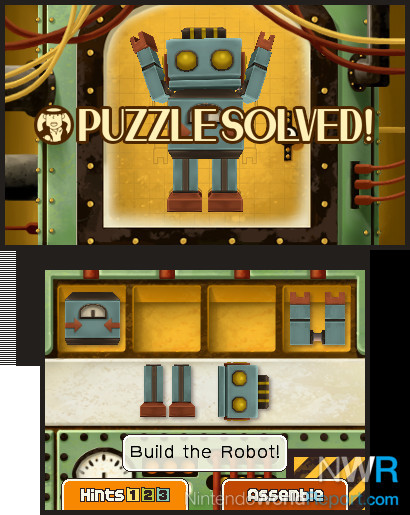 Then, Layton's 3DS debut, Miracle Mask, came to America in 2012. I was actually out of town when it released, and I connected to shoddy hotel Wi-Fi to download it the minute the game launched on the eShop. Now, almost two years since I bought Miracle Mask, I only just finished it. I have no idea why it took me so long to finish a game in a series I adore.

It's not that I didn't enjoy Miracle Mask. I love the changes to the exploration in the 3DS version. I think the new 3D art style translates the series' 2D origins expertly. The puzzles, as always, are fun and challenging. The story is satisfactorily absurd and intriguing. But for some reason, I essentially just play an hour of it every month or two and then put it back away, repeatedly telling myself I'll finish it during the next game drought.

And then Azran Legacy, the sixth and final (maybe?) mainline Layton game, came out earlier this year. I almost instinctually bought it, but I held back because, well, I never finished Miracle Mask. I played a demo of Professor Layton vs. Ace Attorney last month and loved it, but I'm torn as to whether or not I want to get either of those games because I'm not sure if I'll actually play them in some kind of timely manner. 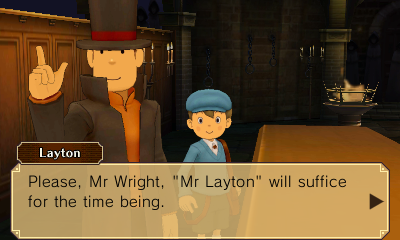 It doesn't seem like I'm alone in my fade from the Layton series. Back when the second and third games released, I saw a lot of my fellow Nintendo World Report staffers and community members fade away from the series, waiting for it to be "shaken up." Slowly, over the course of six entries, it seemed like less and less people were staying on for the next adventure. I've never heard anyone call a Layton game bad, but it seems like a series that a lot of gamers faded away from for some unexplainable reason.

With the (maybe) final Layton game coming to 3DS in North America this week, it's weird to reflect on a series that seemed so original and fresh when it came out that got so driven into the ground and formulaic. Even still, it's sad to think that Hershel and Luke's adventures are basically over. Maybe the duo is just doomed to become Yo-Kai Watch ghosts or Inazuma Eleven characters. Maybe they'll appear in a future Smash Bros. title. Maybe we'll see them return in a big, bad way in a new game. Even with my lackadaisical approach to playing through Miracle Mask, I'm curious to see where this series goes.

Thanks for writing this editorial.  I had thought maybe it was just me.  I flew through the first four games, shuffled through the fifth one, and am limply staggering through this last one.  I can't point my finger to any one thing about it, but I am just struggling to reach any sort of rhythym.  For one thing, I feel like the little things are really weighing on me--do I really need to clear a note EVERY time I find a hint coin?  Isn't the appearance of the coin enough in this sixth iteration?  I also feel like the spacing of the puzzles in the 3D versions are too sparse (or perhaps because of the richer environments I just feel like I am hunting and pecking a lot more in-between puzzles).  Lastly, never a fan of the mini-games, I feel like I am now being 'mini-gamed' to death.  I love Layton, but I would not be sad if this were the last time we see him or his cronies in this format for quite a while...

I wonder what happened to that strange Layton 7 game they teased last year. It didn't show any returning cast members and they didn't explain much of the story at all... Then there was the proposed live action movie, and the second anime film set to bridge the gap between Azran Legacy and Curious Village.

It also burns me up that the "cliffhanger" at the end of Unwound Future (the 3rd and chronologically last game) was left open to interpretation and imagination to decide what happens next.

I did, do, and will continue to adore the series, but there are only so many puzzles you can put into a game of this kind without it getting a little repetitive. I'd love to see the story continued, even if the medium changes.