Is Amiibo Nintendo's Next e-Reader?

Nintendo is attempting toys-to-life games in a far different way than Skylanders and Disney Infinity. 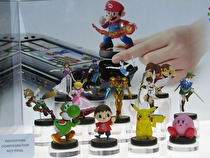 By the end of 2014, Nintendo, Activision, and Disney will be embroiled in a war that spans gaming and action figures. Much like the great plastic instrument wars of the late 2000s, the ongoing toys-to-life war is about to get even more contested with Nintendo joining the battle by launcing Amiibo later this year. However, their concept for their figures is way different than what the others have already done. 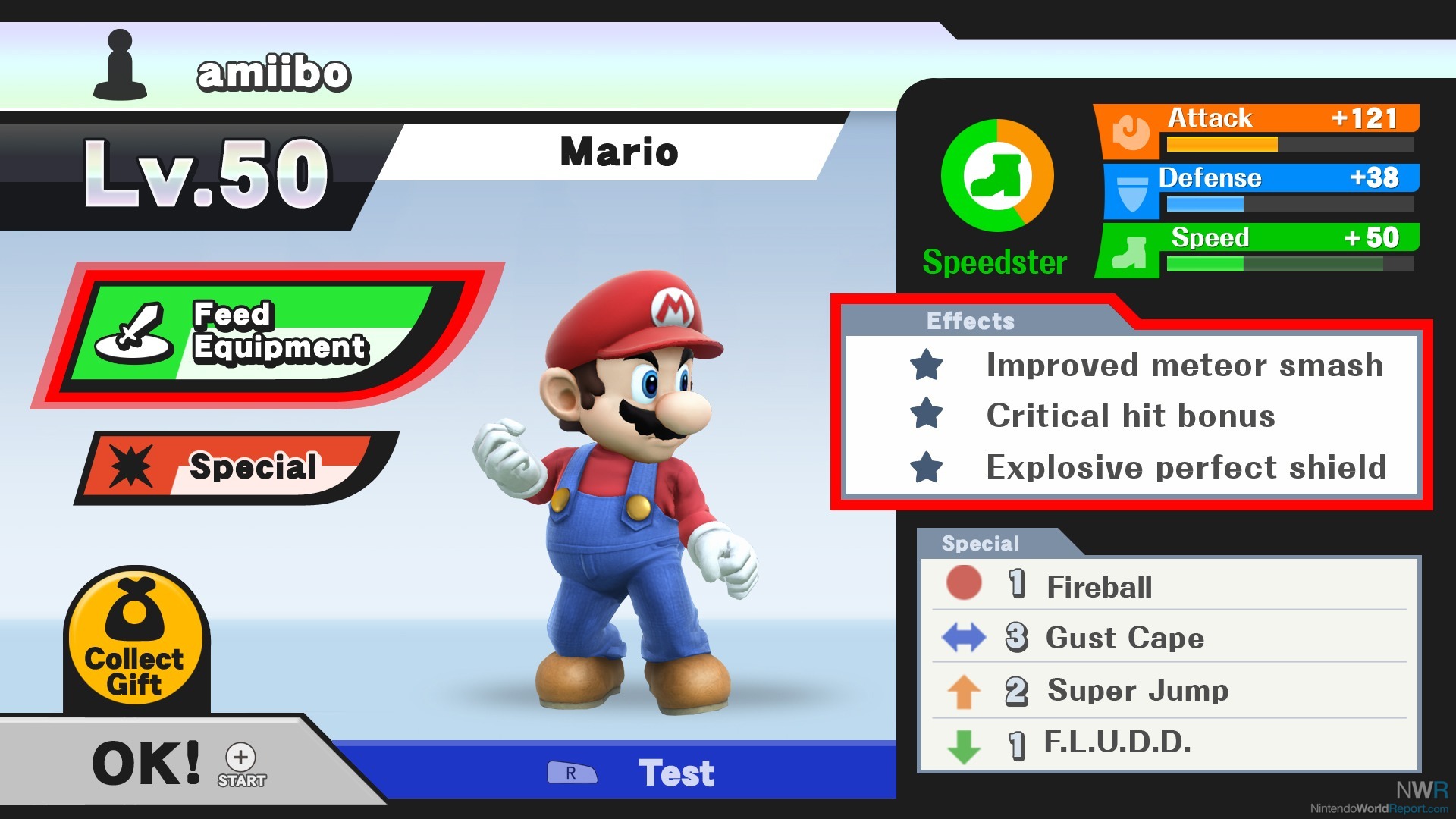 Nintendo's aspirations for Amiibo seem almost quaint compared to Skylanders' Diablo-lite campaign and Disney Infinity's "infinite possibilities, endless fun" mindset spread across the story-guided Play Sets and the sandbox Toy Box. There's still a lot we don't know about Nintendo's figures, which will debut with Super Smash Bros. for Wii U later this year. As far as we know, every Smash Bros. character will be available in toy form. The toys will be used to create "Figure Players" in game that you can use to duel against or as a tag-team partner in multiplayer matches. The hook is that you can level up and tweak this character to your liking. However, you can never play as your figure directly. So, you can make Mario all powerful, but the only ways you can see that is by fighting it yourself or watch it fight your friends. At face value, Amiibo just seems like a novel addendum to the Smash Bros. package that most players can safely ignore without missing much.

Maybe that's the ideal situation for Nintendo, though. Skylanders and Infinity are both based solely on the figures. Remove the figures, the game is unplayable. However, Amiibo doesn't seem like it will ever be required for a game (or if it will, it won't be something like the next big Mario game). Nintendo fans that have no interest in collecting Yoshi and Kirby figures aren't being forced to collect them to play the next great Nintendo game. All those players appear to be missing are a few neat bonuses.

But Amiibo seems to be glossing over one important concept that is instrumental in Disney Infinity and Skylanders: the magic of taking your toy, bringing it to life, and then directly controlling it. In Skylanders, your figure is your avatar. In what we know about Amiibo, your figure is essentially a Nintendog or a Mii in Tomodachi Life. You might be able to poke your toy and play with it, but you can't control it directly. 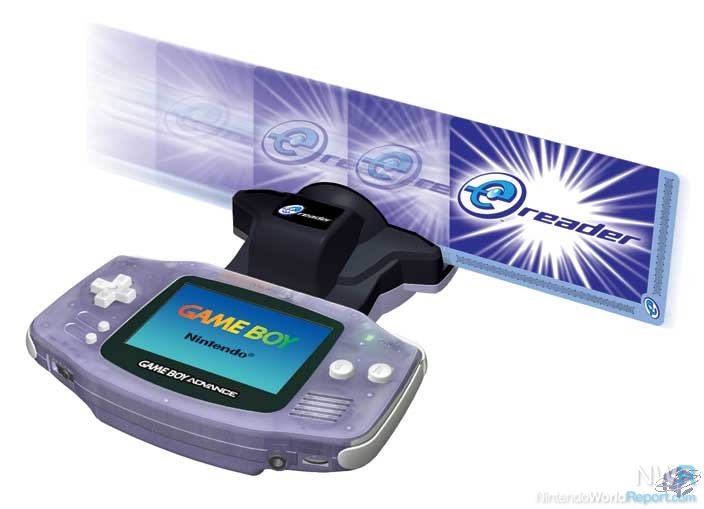 The strategy reminds me a bit of the e-Reader for the Game Boy Advance, which added a few neat bonuses to games but was never required. It wasn't even required for Mario Party-e, a card game that essentially has the name of the peripheral in the title.

That's what worries me about Amiibo. It's a big step for Nintendo, but they seem to be wading into the pool instead of diving in like Activision and Disney did before them. That might not work. It clearly didn't work for Pokémon Rumble U last summer. While Amiibo seems far more interesting than anything in Rumble U, it still seems to be non-essential. The figures might look gorgeous, but the strategy as we can see it now is oddly similar to some of Nintendo's past and quickly discarded peripherals. 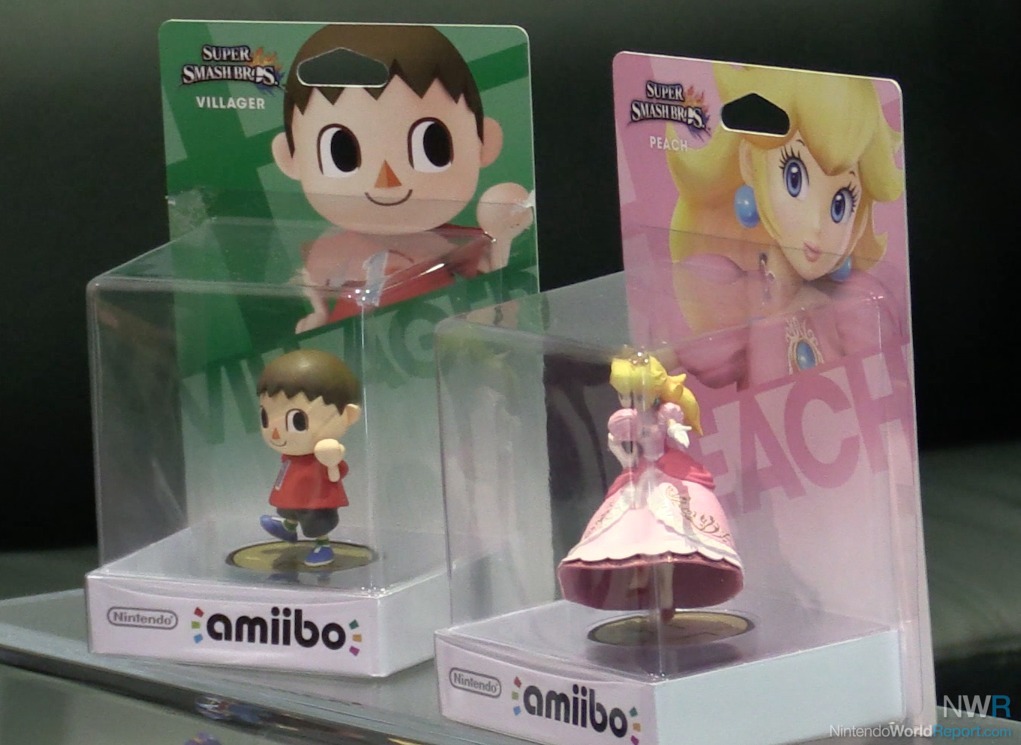 So, is Amiibo going to go the way of the Wii Zapper, the e-Reader, the Game Boy Camera, R.O.B., the Super Scope, the SNES Mouse, Wii Speak, or any of the countless other long forgotten peripherals? Or is Amiibo going to be something that is instrumental to Nintendo's future? From what we heard at E3 2014, I'm inclined to think the former, but there is always the chance that the implementation of the figures in the other supporting games (Mario Kart 8, Mario Party 10, Captain Toad: Treasure Tracker, Yoshi's Woolly World) will be more integral and interesting.

I think a lot of folks will buy a figure for Smash Bros and that would pretty much have them set for life with the Wii U since it can be used for other games. I don't see an incentive to collect 'em all yet. It would be nice if they came with an eShop card or something...

I have a theory regarding the name. Nintendo wanted to go with Amiigo, like amigo, but it was too close to another copywrighted name so they had to modify the name to Amiibo instead.

I disagree, if anything Amiibo is far more appealing to me than something like Skylanders ever has been. I don't care about getting figure for a bunch of no-name characters created solely to sell more toys. Disney Infinity is better at it, but is far too pricey and not enough interesting characters. Just having more interesting characters alone makes Amiibo better, and I can see it being better used.

Its going to take alot to sell me on these action figures 1 is pricing 2 is a solid reason for owning one or more and a deal breaker for me is if Nextess gets left out of ssb i want a ness ssb amiibo if just to keep it in the box on a shelf.

The only reason I would ever consider buying Amiibo figures is because they work with multiple titles in a number of different ways- and trust me, I'm very interested to see how I can get that Link Amiibo into Mario Kart 8.

I think Nintendo has a very novel idea on their hands- if an Amiibo is your friend, what better way to have it feel like a growing creature that shares things with you than with NFC? Sure, it is a bit hands-off, but I'm hoping that future games do have a more direct use for these little toys. Nintendo needs to sell this idea of Amiibo so that it doesn't feel like a forgettable peripheral, and what has been discussed for Smash Bros. doesn't seem like the most novel concept, but then again, it's really not possible to make the idea work in a competitive fighting game. If I can take an Amiibo from an unrelated franchise like Zelda and use it in a Mario game, however, the idea is much more appealing to me.

Did Reggie say that these figures are fully compatible with Skylanders and Disney Infinity or have i imagined that?

I think there is one small detail that sets this apart: It's an imaginary friend or pet. The fact that this fp can possibly "learn" means that you could theoretically train a tag partner or throw tournaments using just the fp. The screen showing the Amiibo at level 50 is intriguing enough. The other nfc toys don't have an AI appeal.  If done right, this could be a Smash Brother Nanopet. Definitely worth a shot.

This also means that new players have a fp to grow with.  That's cool in my opinion.

Level 50 will probably mean that it hits 50 times harder than level 1 not that it is 50 times smarter.

I wouldn't be suprised if this was a Wii U exclusive tie-in.

Azeke, they stopped using buffed cpu attacks as a handicap in brawl, using increased percentages instead. The effects column in the Amiibo data screenshot also shows damage amplifiers which would seem redundant. The upper corner shows a weighted fighting style wheel that affects how that player fights, being fast, offensive, and/or defense.  Since it also has a"feed equipment" button, it seems most likely a leveling mechanism.  Just speculation, but hopefully correct.

It would be interesting to see a tournament dedicated to Amiibo battles. It's like Digimon but with smash.

They've already gone on Record saying that a fully leveled Amiibo would be more of a challenge than the CPU set at max level.  We can assume that it will at least be at CPU Max level intelligence at that point.

When you use the Pikachu Amiibo, you have to yell "Pikachu! I choose you!" and then say "Pika Pika"

Probably because they are their own platform and can be used across a wide selection of games, only just starting with SSB and soon to be included on MK8 as well.

Nintendo my phone has NFC in it. USE THAT INSTEAD.

Nintendo my phone has NFC in it. USE THAT AS WELL.

Unlock the Characters Ringtone.  In my case replace Cortana.