The Year of No Mario: Making Mario More than a Corporate Icon

Giving Mario a break will make him a better man for it. 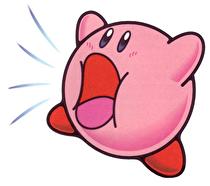 Mario is not your friend. You may think he is, but he isn't. Mario has become too big and too busy to hang out with you anymore. Mario has become more of a corporate icon than a video game character, similar to the problems Mickey Mouse has faced. Not only that, but Mario games are released far more frequently than any other Nintendo franchise, giving folks like Kirby less room to breathe. That is why I would like to propose the Year of No Mario.

We see a lot of Mario games, some might say too many, but Nintendo pumps them out because they always sell rather well. With the Year of No Mario, Nintendo could use Mario as a means to capitalize on their other franchises or maybe even a new franchise. This is how it would work: in a series of online videos, something Nintendo has started getting good at, Mario sees how well the Year of Luigi has worked. In the Nintendo boardroom he explains how he is taking a year off to relax because he has been working nonstop for over 30 years. This is where the Year of No Mario begins. Because Mario takes a vacation, all the other characters, presumably also in the boardroom, need to pick up the slack.

So what games would the Year of No Mario entail? Theoretically if a big Mario game like Mario Kart 8 were put on the backburner, something would have to replace it. How about Nintendo Kart? All the tracks would be Nintendo themed areas – Hyrule, Dreamland, Zebes – and racers would be Nintendo characters – Link, Kirby, Samus – in an effort to open up the franchise. 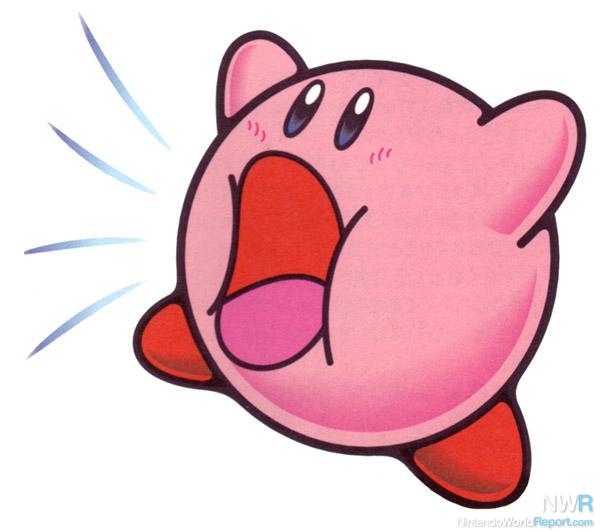 Given the chance could Kirby suck up some of the mainstream Mario audience?

The Year of No Mario would also work as a way of improving consumer outlook on the Mario brand and Nintendo as a whole. If there is one problem I see with Mario, it is how much of a corporate icon he is. While that might sound like a good thing business-wise, think about this: whose recommendation would you take more seriously when it comes to which game to play, A PR representative or a close friend?

Nintendo systems have been a staple of living rooms around the world for over many years. Mario himself sold many NES systems, not PR about how the system would revolutionize how you enjoy entertainment. Bring Mario to a personal level and you will win the consumer over, because they do love Mario; look at the sales if you don’t believe me. The Wii U has no clear message, maybe Mario could be it. Not just by showing consumers what the GamePad can do technically, but how much fun they can have with it.

In case you have not realized it by now, the Year of No Mario is a somewhat misleading name, because there would still be Mario, just not in the form of games. The Year of No Mario would capitalize on other Nintendo franchises and bring Mario back to a relatable level with consumers rather than leaving him the far-off corporate mascot he’s become.

No, no he shouldnt

You do realize that Nintendo's official Year of Kirby was before the Year of Luigi?

They released two new Kirby games, Kirby collection and had episodes of animated show running on Wiis and 3DSs.

But anyway, HAL laboratory is long overdue to show their hand, they released "Kirby's Adventure Wii" in 2011 and gone completely silent after that.

June 1996 to 2006 was the decade (mostly) without Mario. Between the release of Super Mario 64 and New Super Mario Bros, there was only one full Mario game, Super Mario Sunshine in 2002.

Based on the release schedule thus far, I think the Mario dry spell is gowan happen naturally pretty dern soon. I really doubt we'll be seeing another NSMB game on the system, and after 3D World this fall and Mario Kart/Smash Bros. in the first half on next year (hopefully), the natural Mario well will have run dry. We'll still probably see some sports stuff, but I don't see them releasing another major Mario game for the system (aside from possibly another Paper Mario game down the line and maybe another 3D platformer in a different vein from 3D World, but only if the WiiU is still alive in three years).

I'd argue that Iwata's HAL roots have already been given their due: Epic Yarn, Return to Dreamland, Collection (which inexplicably had much more thought put into it than the Super Mario Bros one), one of the few 3D classics, plus the release of 3 games on Wii U virtual console already.

Nintendo Kart, on the other hand, is a concept that does need to happen.

Sounds like after the last one he's going to get a good sabbatical anyway.

Sounds like after the last one he's going to get a good sabbatical anyway.

I would be shocked if there isn't a new 3D Mario by EAD Tokyo by the end of 2015. From the sounds of it they're already working on something beyond 3D World, and the studio hasn't done anything that wasn't a 3D Mario game since the GameCube. I would also go against the grain and say I'd be pretty surprised if they let a whole generation go by with a launch title being the only 2D Mario.

What I'm saying is the chances that Nintendo would take a real break from making Mario games are about the same as the chances of X and Y being the last Pokémon games Nintendo ever releases.

Super Mario 3D World was announced and the internet said "meh".  A new Mario console game is announced and it seems that the people excited about it are in the minority.  The hell you would have seen that ten years ago.  The Wii U launches with NSWM U, a follow up to one of the best selling Wii games, and the Wii U isn't selling worth dick.

Mario games used to be a big deal.  Then the spin-offs became a little too prolific so Mario platformers were the big deal.  Now THOSE come out every year so a new one gets announced and no one gives a fuck.

The whole reason a series like Guitar Hero goes from being king of the world to absolute zero is overexposure.  Too many games released too close to each other with not enough distinction between them.  For all the series that were big for a generation and then fizzled out, Nintendo found a way to keep their franchises relevent for decades.  They did it by spacing the releases out and introducing innovative new elements to their sequels to make them distinct and essential.  They had the formula that keeps franchises alive and under Iwata they are pissing that away, going with the same "run the IP into the ground" formula everyone else uses.

So taking a break would make sense.  Absence makes the heart grow fonder.  Then Mario can return when there is anticipation for it and they can return to having each Mario platformer be seen as a big deal and that is how Mario will stay relevent into the future.

And they could use the time to create new IP because saving Mario while running all their other IPs into the ground isn't really accomplishing much.  They always need new IPs to connect with new generations of gamers so they can identify personally with that IP as "their's".  For kids today, Mario is their father's IP.  They may like it as well but it's not their own.  I remember when Pokemon came out and Nintendo had found a new IP that 90's kids personally took as their own the way 80's kids like myself took Mario.

There was a mixed to good reaction to SM3W. Some were "meh", but most it seemed liked it. It looks like a really good game.

But Super Mario 3D World is going to be just like 3D Land.

Which means it's going to suck.

Count me in for a year of no Mario. I hate the way 3D Mario has gone, and we don't new another New Super Mario Bros. EVER. I'm only okay with Mario Kart because those games are racing games and racing games are always fun. But yeah, Nintendo's mascot needs to take a break. Let Link or Samus pick up the slack.

It's time for the Year of Tingle.

Super Mario 3D World was announced and the internet said "meh". A new Mario console game is announced and it seems that the people excited about it are in the minority.  The hell you would have seen that ten years ago.  The Wii U launches with NSWM U, a follow up to one of the best selling Wii games, and the Wii U isn't selling worth dick.

Only the internet represents a very small minority of the audience for a huge series like Mario.  Over 10 years ago we got Mario Sunshine which only went on to sell 5.5 million copies compared to Mario 64 which sold 11 million copies.  There was a 6 year gap between Mario 64 and Mario Sunshine.

In comparison, there was a 1.5 year gap between Galaxy 2 and 3D Land, and yet 3D Land has currently sold over 8 million copies and continues to grow.  Last time Nintendo gave sales for Galaxy 2 it was at 7 million, so 3D Land is selling better then the last 3D Mario, despite coming out less then 2 years later, while Sunshine sold much less then 64 despite coming out much later.

This is why reaction on the internet means nothing for Mario.  Among the general gaming population, Mario is more popular then ever before.  The only time there is too much Mario is when Nintendo released NSMBU only 3 months after NSMB 2.  For anyone who is a fan of 2D Mario, if they didn't own a 3DS or Wii U, the 3DS was the much cheaper option and so it's no surprise NSMB 2 sold over 6 million copies in 2012 and helped sell the 3DS, while it's more expensive home console counterpart did much less.

Of course considering the high attachment ratio NSMB U already has with the Wii U, once Wii U sales start to increase, that game will start getting a huge sales boast as well since 2D Mario's have insanely high legs for the entire generation.

I don't think another 3D game on the WiiU is guaranteed. I suspect the team will swing back to the 3DS after World is finished to have something ready for holiday 2015 (or perhaps spring 2015), as that's pretty much certain to have a better ROI given the 3DS userbase. Once that game's done, I think the calculus will entail whether or not the WiiU has completely choked. It may make more sense at that point get something ready for the launch of a successor console.