How the SNES Changed My Views on Games

Pedro was a picky gamer as a kid. He recounts how the SNES helped him overcome that. 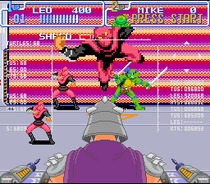 Growing up, I was a bit of an underprivileged kid, so I was lucky enough to have receive a Super NES for my birthday. I loved the hell out of Super Mario World, and when the local video store bought games to rent, I was in heaven. Of course, there was one tiny problem: I was deadly afraid of trying new games, especially those that looked unfamiliar to me.

This dates back to my NES days. Our budget for entertainment and toys was very limited, so when I was given my allowance for games and movies I would have to be careful of what to rent. If I rented a game that was bad or I couldn’t understand, I would begin to cry, and my mother would scold me for it. Back then, there was no internet and I wasn’t subscribed to Nintendo Power, so I didn’t know what game to rent or buy. It was so bad that I would dread renting games, fearing that I would get a stinker.

All of this, however, began to change in the Super NES era. Maybe it was because she loved the system so much, but my mother actually encouraged me to try new games, especially if they looked exciting and fun. I decided to give these games a chance, and lo and behold, I gained countless of amazing game experiences in the process. 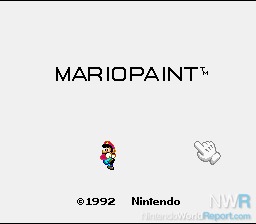 The weirdest game I ever tried was Mario Paint. I am still amazed I got so much mileage out of it. I didn’t know much English at the time, and the concept was extremely foreign for all of my family. But with a lot of trial and error, we figured out what the game was all about and we had a blast. It was one of the first games to get me acquainted with the mouse, so by the time I owned a real computer I knew how to work it. From that moment on, I loved weird, quirky games whose premise was unusual in the market. 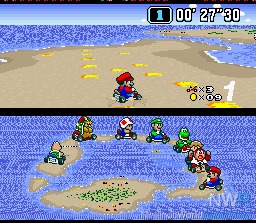 As I previously detailed in a past Extra Life article, Super Mario Kart brought me to the world of racing. At first, I was dreary of it, even though it starred Mario and friends. A weekend rental later, and I was forever a Mario Kart fan. Later on, I tried out TMNT IV: Turtles in Time, a game my mother actually suggested I try. I was a big fan of the turtles as a kid, and the game was simply amazing. 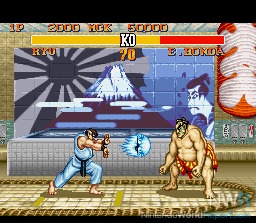 In my last few years of elementary school, the kids were all talking about a game called Street Fighter II. I didn’t know about it, and didn’t get what it was about. “It’s about two people beating each other!” they all said. Even my best friend at the time kept talking about it. So I went to the video store, rented it, not knowing what it was about. After lots of trial and error, I got the basics of it and called my best friend over to play. I love fighting games, and this is where it all started for me. Fighting games would be the host of many a birthday and sleepover event in my house. My cousin would become a Street Fighter fan, and we would play the hell out of any Street Fighter II game out there. That is until Mortal Kombat came out. THEN it was all about the Mortal Kombat. 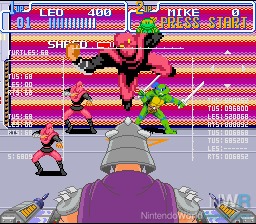 But then there was one game that proved to me that I was ready for any game genre on any game system in the planet. That game was Super Mario RPG: Legend of the Seven Stars. The game featured all the challenges I kept facing with games over the years, like language, weird game mechanics and a concept completely new to me. By the time the game was out I was old enough to fully understand the English language, which helped me understand the game mechanics and enjoy the wacky story. 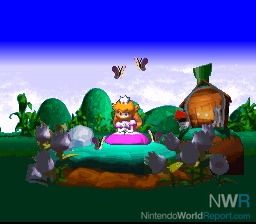 I was no longer afraid of renting games that would be too unusual for me. Not only did I have things like Nintendo Power and the internet to help me out in my gaming decisions, I could face all of these games by myself, never fearing that their ideas would overwhelm me. And the Super NES was the system that helped me overcome these self-doubts and become the fan that I am today.

Happy 20th anniversary, Super Nintendo Entertainment System, and thank you for giving me some of the best childhood memories ever.

Did it actually help you broaden your horizon, or did it just reinforce your faith in the Mario franchise seal of quality?  ;)

That's something like my childhood actually. I started out with a Super Nintendo when I was like five (17 now) and I barely even grasped the concept of new games of course. My first snes game couldn't have been a luckier get as it was Super Mario All Stars. Then my grandparents got me Turtles in Time, and I played that one more than any other snes game. I beat Mickey's Magical Quest at a friend's, and my last snes game (that I remember) was Super Mario World. I haven't played the other ones, but I did recently beat Super Mario RPG on virtual console, and I only wish I could have known about that game sooner!

Did it actually help you broaden your horizon, or did it just reinforce your faith in the Mario franchise seal of quality?  ;)

Both, actually ;) . And I am not kidding. It was a genuine fear and discomfort to try a new game out that wasn't of my liking. Imagine, had it not been for the SNES Portal would have terrified me! :p

Yah the Snes was the first time I got introduced into games. Back then Nintendo was on top of the world with so many hits. The one game that I enjoyed the most was Mario Kart. I mean the AI was so cheap that it kind of made it fun especially with two players. It was the first multiplayer game that was truly fun with more than one player.

As a kid I never had an NES and didn't get a SNES until 1994 (just in time for high school when videogame skills are no longer cool, this is really an ideal way to sum up my entire childhood).  I remember a couple of times my parents let us rent an NES or SNES and some games.  Sometimes we rented some real clunkers.  In fact is was quite frequent.  The thing is that I was so inept at videogame that for a long time I could not tell if a game legitimately sucked or it was a good game that I just sucked at.  After I finally owned a videogame system for the first time I was able to make the distinction.  But I would never really complain that a videogame sucked out of fear that others would not share the same opinion, a fear I sure as hell don't concern myself with today. ;)