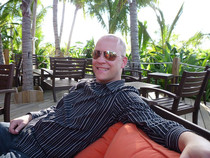 Is it March 7th again already? My, how the years fly by. Why it seems like only yesterday we were celebrating the 10th anniversary of the site, and here it is the 11th anniversary already. And of course, Nintendo World Report just keeps chugging along.

But that doesn't mean that we're resting on our laurels (seriously, what are laurels anyways?). Instead of some run-of-the mill "Hey look, we're 11" feature or a "This is a bunch of stuff that happened in the last year or so" special, we have something much bigger in the works. Let's just call it a belated birthday present for us and our readers, and belated though it may be, trust me when I say it will be worth the wait.

Birthday presents aside, there's plenty of interesting stuff on the NWR horizon. The 2010 Game Developers Conference starts on Tuesday in San Francisco, and Aaron Kaluszka will be following up his legendary coverage of Nintendo's recent Media Summit with an encore appearance at GDC. Of particular interest to Nintendo fans is the slated presentation by Metroid creator Yoshio Sakamoto, which Aaron will be attending. I'm sure that won't be the only noteworthy presentation, either.

The end of March will take NWR's Radio Free Nintendo podcast into entirely new territory, as we take our show on the road with our live panel at PAX East in Boston. The conference is sure to be a blast, and even though Greg isn't making the trip across the pond, Jonny, James, and myself are looking forward to meeting some of our readers in person. At the very least, you'll get to watch us make absolute fools of ourselves - always a treat!

With PAX East out of the way we'll start looking towards E3 2010, which is sure to be an epic show. It's looking more and more like the new Wii Zelda title will be there in playable form, and Nintendo is sure to lift the lid on what else it has in store for the second half of 2010 (and what the heck the Vitality Sensor is going to be used for). We're still working out the details, but rest assured that NWR will be covering the show in full force.

I feel like I say this every year, but 2010 is shaping up to be another busy one. In addition to what I've stated above, we'll be working hard to improve news coverage across the board, provide more features on a regular basis, and maintain our blistering pace of developer interviews. We're still looking for talented writers, editors, programmers, and graphic designers, so hit us up if you're interested. This site requires a lot of hard work from a lot of dedicated individuals, but it's also a lot of fun and a great source of pride for everybody on staff. If you want to be a part of the NWR legend, get in touch!

As always, thanks for reading and thanks for making us part of your Nintendo experience. We'll see you out there!

Now when NWR turns 21, i'm taking it out for drinks!

The secret behind Lindy's editorial success is a secret Kryptonite gas he's been creating for the past few year - keeps the competition at bay.

I remember when I was eleven. It was a horrible age. Too old to be a kid, too young to be a teen.

Too old to be a girl, too young to be a woman.

11 years ago I was a few months away from high school graduation.  Back then, I might as well have been a different person.  So much has changed and so much has happened in my life in that time.  So for a website to have lasted for that long is unreal.  Way to go! :)

I also now realize that this site has been a mainstay of my entire adult life since I started visiting Planet N2000 when I was about 18 or so.  If you guys ever disappear it's going to be weird.

^applies to me too, except I was already out of HS for over a year.

I think I learned more here than I did from high school back then.  :Q

I lost my virginity on NWR!

This web site's been like a father to me.

When I first went here, I was in middle school.

And I was a sophomore in college, living in the dorms.  I'm so old.

I honestly can't even remember how I got hooked up with NWR.  Mainly because I'm old, but also because I was part of several sites back then.  I started off at the 64 Source doing release dates (LOL), then I went to Tendo Box, I was at Nintendojo for a minute...I forget how I made the leap to PGC though.  Actually, I think I was on staff with Max Lake, then he took over Tendo Box maybe?  And he brought me on board.

Wait a second, you were at TendoBox Lindy! That was my haunt before they turned into...uh...Xengamers. Shortly after that, I actually came here to PGC to make this my flaming grounds.

I have a sort of love/hate relationship with this place. I guess that means there's never a dull moment.

I think that's what I love most about the site. At any given time you could learn something you didn't know, discover a new favorite game, or engage in a stimulating conversation, and the next minute you're pulling out your hair, screaming at your monitor, and contemplating going to live in a cave in order to cut yourself off from humanity because of something else. Never a dull moment.