Let me tell you a tale about Comic Con.

You may or may not have known, but Kid Icarus: Uprising tournaments took place at the recent New York Comic Con. Every 10 minutes, a group of people could come together for a Free-For-All battle with preset weapons and powers. As I strutted around the Nintendo booth, feeling as confident as I usually do at NYCC, I thought maybe a tournament would be fun for a minute or two. So I put my backpack on the ground beside me, picked up my stylus, and took in my competition.

One of the “Game Gurus” who would usually help out less experienced players decided to take up arms in this round under the name Pit. He was a young man, with some stubble on his face and a determined look in his eyes. Another young man sat next to me, plain on all accounts at first glance. There were two kids playing as well. I didn’t give them much notice, but their cheers of excitement temporarily reminded me of the joy video games bring to people of all ages. But this thought was short lived—the tournament was starting. As the battle loaded, I looked at my name... Hades. I knew it was time to bring chaos to this world (or this tournament, at the very least).

The countdown started, and I readied my laser claws. Let the reign of Hades begin! I wiped out two opponents within the first couple seconds. I had doubts about my power set, but was very pleased at what I could do with it. I continued destroying all those who opposed me, and hid when I needed to heal. A Game Guru came from behind me, and asked if I needed any help. I turned, looked her dead in the eye for a second, and turned back to my game. Hades needs no help.

The match was half over. The MC announced that Hades had a commanding lead, and I let out a little laugh. As if there could be any other outcome. I continued playing as I had been. If it ain’t broke, why fix it? But then... it happened. One opponent found me, and used his own laser claws to decimate me. One death was no big deal, right? But he kept looking for me, seeking me out. I glanced at the name: Medusa. I quickly looked up to see whom Medusa could be, but I could only afford quick glimpses. After my third death and fourth glance, I knew who it was: the plain man next to me. He was in his zone. He and I knew whom we were going after now. 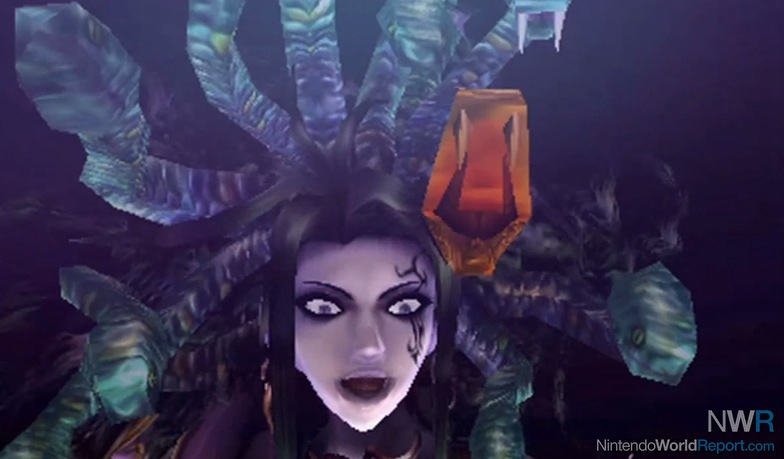 Our battle was magnificent. Shot for shot. Kill for kill. There was nothing that could stand in the way of our battle; all other casualties were incidental. This was now the War of the Dark Lords. Our claws met and sparks flew. Our power sets were not the same, which made things interesting. 30 seconds left, Hades in the lead. Medusa’s ears must have stung, because he immediately changed tactics, and ran away.

What could he be planning? I pursued him across the map until he stopped in the middle of the square. He then focused his last 30 seconds on the kids, completely annihilating not only their life bars, but also any hope they had of winning. DING.

The timer ran out, and scores were tallied. The moment of truth. Had this man’s dastardly tactics secured his victory, or were our battles so time consuming that he fell behind again?

It helps a lot to develop a protective tactic as well.  Players can pull human aggro just as they can to computers.  You never know when at first minute save can bring about a last minute assist.  Good luck in your hunt, sir.

Part II is on its way. It involves out beloved Director, Neal Ronaghan.