What Kind of Pokémon Are You? 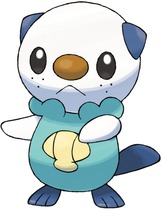 This week brought us the US names of the starter Pokémon in Black and White, as well as the imminent release date of March 6. With only three months to go, which starter Pokémon will you go for, and why? Let's meet them all in preparation.

Up first is Snivy, the Grass-type for this game. Snivy is a grass snake, remaining as a pure Grass-type throughout its evolutions.

Image is of course of utmost importance in a game where the characters are constantly in your view. Moveset looks to be standard for a Grass starter, and levelling up to 43 will reward you with the powerful Leaf Storm attack. 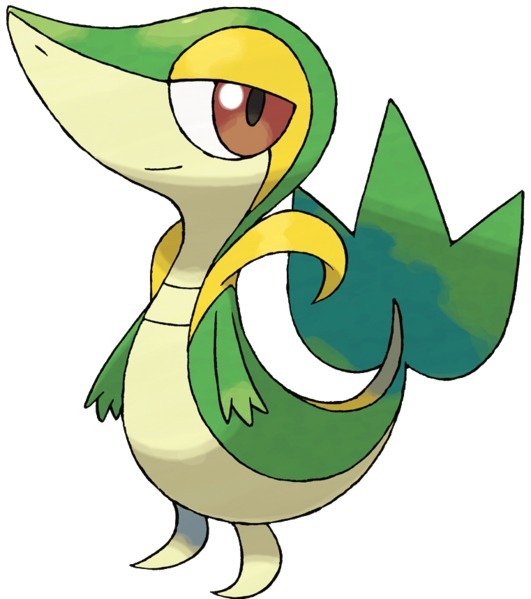 Snivy, whatever you say won't impress him

The next option is Tepig. Not Teapig, mind. Initially a Fire-type, it takes on Fighting-type as a dual characteristic after evolution, very similar to the Fire-type starter in the last set of games.

Cute as a button! Shame the same can't be said for the evolutions. Here's the full size art. 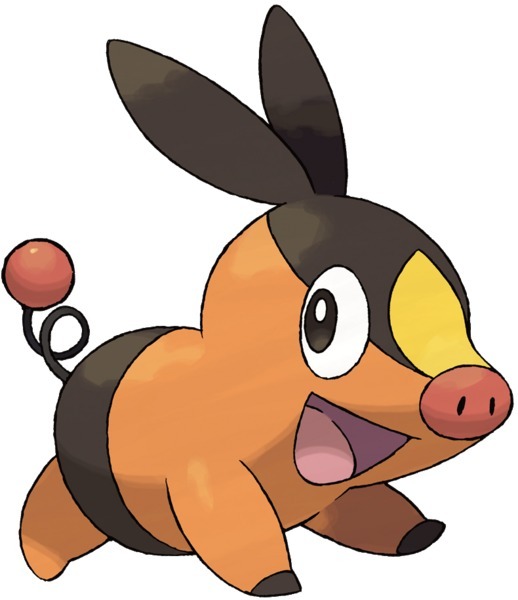 Tepig is just happy to jump around, mouth open

Finally there is Oshawott. Kinda absent-minded-looking thing. Final evolution looks very much like Dialga. Surprisingly, the evolutions don't take on Ice characteristics. This one's pure Water all the way through. The smaller version as seen following you on the screen is irresistably bear-like.

Personally, I used go for the fire type. Charmander just appealed to me more than the others way back on Blue. This changed when the most recent game came along and I took Piplup because well, you can't go wrong with a penguin. This time though, I'm not really into pigs, and this little otter dude has the least terrible name of the three. Plus, it looks like it's sleepwalking. The grass snake does look better when it evolves though, taking on a shape like Dragonair/Milotic. 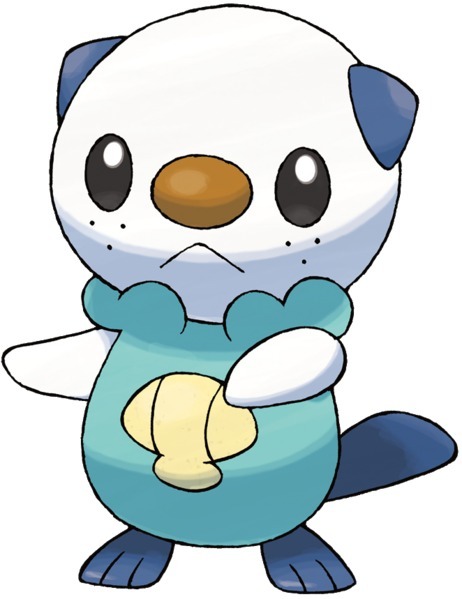 Reshiram is a Dragon/Fire-type, the mascot of Pokémon Black. While the Dragon-type means that it is not weak to water, the only Fire-type with this characteristic, the dual typing gives it weaknesses to Ground, Rock, and Dragon. 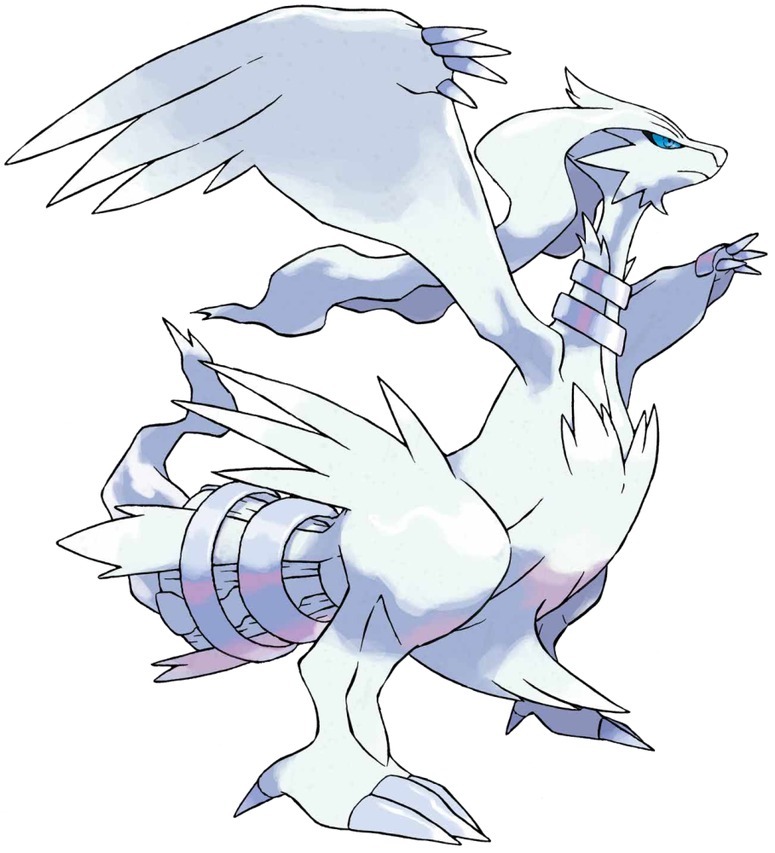 Zekrom is the domain master of Pokémon White. A Dragon/Electric-type, this gives it weaknesses to Ground, Ice, and Dragon, but the combination of types gives it a double resistance against Electric. 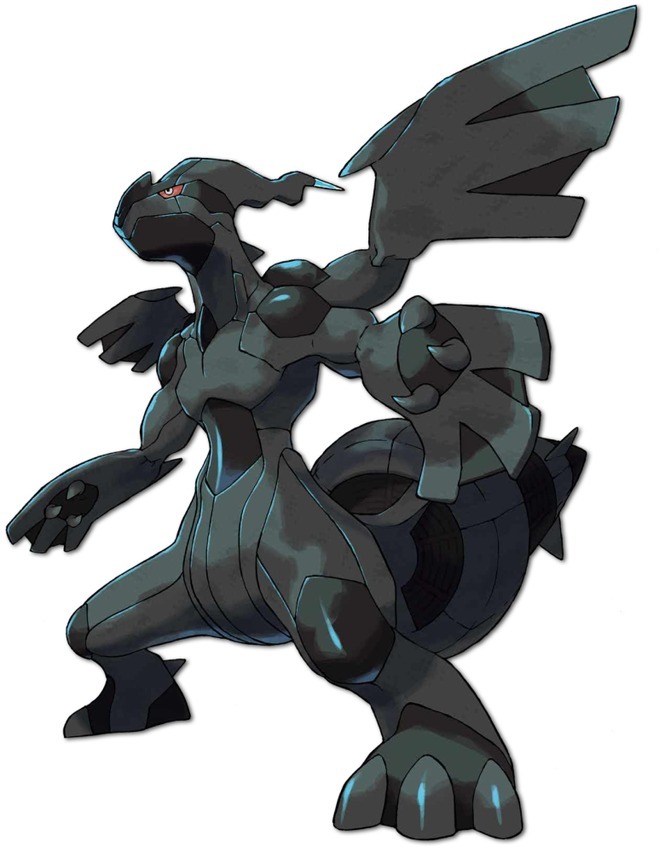 Of course, we can't forget the inevitable release of Pokémon "Grey" and it's respective Dragon/Ice mascot, currently without an English name.

Leave a comment in Talkback below with your choices and reasons to help me make my decision. 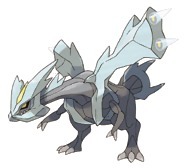 Third of the Legendary Trio gives away the third game

Your Pokemon doesn't follow you in B/W sadly, but hey, it could always be added to the special edition. Personally, for a long while, i was Smugleaf all the way, but not so sure now..I think what I'll do is, look ahead at what other basic types are like of the other 2, and choose accordingly. In other words, if there's other Fire and Water types I'd much rather ave, I'll go for Smug.

Oh, that's right. Better change it so there's no confusion.

Snobby Grass Thing does seem to rock the most evolved, James is a big fan. Did you see the cross-armed, tapping foot waiting part of the animation?

Personally I think Oshawott is the worst name, not the best. I always go with the grass type, but I think all three starters are ugly as sin. I will probably go with Snivy. Which game to pick actually matters this time since each one has an exclusive location.

White gives you access to more Pokemon (in theory) than Black does, so completionists may elect to go that route.

As for the starters, Snivy doesn't have much to be smug about. What would be a decent movepool for most Grass types is pretty bad for a starter (Grass moves, Aerial Ace, Return). I'd grab this one out of the Dream World, since its exclusive-to-that ability turns Leaf Storm's 2-stage Special Attack drop into a 2-stage SA increase. And that's awesome.

Tepig is actually the 3rd straight Fire/Fighting starter (Blaziken in Ruby/Sapphire/Emerald then Infernape in Diamond/Pearl/Plat), but that means he gets a lot of offensive variety to work with and it's just fast enough to be useful.

Oshawott can go either way, but he looks good compared to the rest of the Water-types in the game, and it gets some interesting toys to play with (Fighting moves, and the final form can learn MEGAHORN for a Heart Scale).

As for the starters, Snivy doesn't have much to be smug about. What would be a decent movepool for most Grass types is pretty bad for a starter (Grass moves, Aerial Ace, Return). I'd grab this one out of the Dream World, since its exclusive-to-that ability turns Leaf Storm's 2-stage Special Attack drop into a 2-stage SA increase. And that's awesome.

Being awesome.  That's what he has to be smug about.

Hello guys.....!
I'm sort of a cross between three Pokemon. I behave like a Gallade, have the appearance and strength of a Hariyama, and the intelligence of a Metagross.

Is it me or are these starter pokemon unappealing? Also, why is it always "fire, grass, water"? Why can't it be "rock, electric, normal"?

They want to keep the rock-paper-scissors formula where each one is strong against one and weak against another.

But aren't ALL types in that rock-paper-scissors formula anyways?

No, take your example. Rock is neutral against Normal (in fact, only Ghost and Fighting are not neutral. Fighting is 2X and Ghost can't hit Normal types). Grass-Water-Fire hits that perfect balance.

No, take your example. Rock is neutral against Normal (in fact, only Ghost and Fighting are not neutral. Fighting is 2X and Ghost can't hit Normal types). Grass-Water-Fire hits that perfect balance.