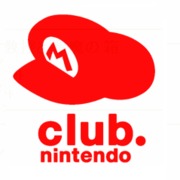 While the new site is experiencing some issues, I fully expect them to be resolved. I was able to register, using my email address I had used to register for My Nintendo way back in 2003, and it ported over the games I own to the Club Nintendo system.

Much like it's Japanese counterpart, the site lets you earn "coins" to trade in for prizes. Some of the prizes are quite nice, including the legendary DS "Game & Watch Collection" that Japan Club Nintendo members got about a year ago.

To get the coins you need to take a very generic survey for a specific title in your library. Register a Nintendo game, and the survey pops-up on your "to-do" queue. All the surveys have the same questions: "Where did you hear about this game?," "What sources contributed to you purchasing this game," "What was the major factor in your purchasing this game," "Did you purchase a system to play this game," "Where did you buy the game," and "What are your thoughts on the game."

The only question that isn't a radio button or a check-box is the last one. What I find interesting is that in the three surveys I've done so far all my answers now read like reviews.

A: 'The game itself was strongly lacking in variety. The dungeon system, 40+ floors in a row, is an antiquated style of game design that is really only appealing to sadists and lazy level designers. The rogue like is not suited to the target demographic of this game, as the very core of the genre is consistent flagellation.'

Seriously, this is not the correct answer to a simple survey. What would someone in marketing even do with that? I think I wrote that one just because I finally had a chance to make Nintendo see what I thought of their game.

To make a contrasting example:

The Legend of Zelda: Phantom Hourglass

A: 'It is refreshing move for the series on the handheld system. The flagship titles were solid Zelda experiences, and should be lauded for their merits, but this felt like a total reboot. It was a welcome change, as both the Handheld and Console iterations of the series had stagnated.'

...yeah? I don't know what happened here. As I was about to submit my survey I went back to check for any glaring errors and it hit me that this is a terrible answer for a simple survey.

I can see letting things get out of hand on the Mystery Dungeon survey. I legitimately regard that game as one of the worst I've ever had the misfortune of playing. But Phantom Hourglass? I don't like it that much. It is a solid 8 to 8.5 effort.

I blame review season. At this moment I have three reviews that are either being written, waiting for editing, or waiting on final approval to post. It gets in the blood.

The review mentality does find its way into games you aren't reviewing. The less said about my thoughts while playing Wii Music this weekend the better.

I hope that all our survey answers can be brought up as a batch. I would like to think that some marketing chap is looking at this and is totally irritated/intoxicated by the over-the-topness of it all.

I'm not sure what kind of marketing data one could glean from such an open-ended question. There's nothing to stop me from just typing random characters in the text field.

All in all I think the Club Nintendo has some promise. I was only able to add four games, which is kind of upsetting since I had many more registered on My Nintendo. My ultimate goal is the 800 point "Game & Watch Collection," but considering I got 30 for DS and 40 for Wii titles it could be quite a while before I accumulate that much virtual bank.

Just to note, in the "where did you buy this," for Mystery Dungeon, I checked "Other" and answered "review copy." It's a very good thing I don't use the site email address, or we'd never get another game from them again.

Yeah, I did the exact same thing in my surveys. I'm irritated that out of about ten or twelve entries that had once been on my registered list, I was only able to fill out four or five surveys. Thus, my "coinage" is sadly lacking. I hope my other games eventually show up for surveys, because some of the the prizes really are sweet. A little expensive, but cool.

I hate how I am punished for registering my games on "My Nintendo". I don't get any coins b/c all my games were registered before they came out with Club Nintendo. :(

Pfft, for us these surveys are mandatory to get the stars included with our games, sounds like you guys just get extra coins for them?

nonono... You have to complete the survey to get the coins.  Registering the game only makes the survey available.

If I were to complain about anything, it'd be that I've been doing so much more than these surveys for so long... Nintendo was always sending me surveys that would take 10-15 mins to complete... and I always did them - for nothing else than as a "thank you" to the best company ever.  To think - I should have waited until now so I'd get some coins for them. ;)

Also, I wish there was a way to purchase coins... so much stuff....

In other news, NAL's Club Nintendo is still not up and running, despite being announced in April.

I hate how I am punished for registering my games on "My Nintendo". I don't get any coins b/c all my games were registered before they came out with Club Nintendo. :(

You should be able to do those.  All the games I did last night I had registered long ago on My Nintendo.  It's just that not every game you registered has a survey to go along with it.  It seems like how long ago the game came out is the deciding factor.

Here's what I did; I just put some generic comments in the "comments" section of the survey.  Like for example, "Wario Land Shake it is a rock solid platformer that brings back Wario in unique shape and everyone, old and young, should play it".

Since I spent most of time rambling on the net anyway saying crap was natural to me :p .

I was lazy with the surveys. I barely wrote anything in them.

Yeah, I was using the survey's for giving what I either liked or disliked about the game, the Tetris Party survey actually has those very questions, which made it easier.

Wii Play:  Why didn't you make the game 4 player at a time?  TANK needs a 4 player Vs Mode game, Wii Ware games like these would be awesome.

I just put I like games in the survey and for the pokemon one I put I like mudkips lol.