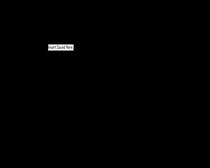 Neo-Geo games are much the same. Upon starting up one of Neo-Geo VC games (say, King of the Monsters), sound is present, but visuals are not. The Neo-Geo problem can be fixed, however. Note that I use component cables for my Wii--why wouldn't I? As it turns out, switching my component cables out for composite cables solves the problem. Neo-Geo graphics simply can't...I don't know...distribute properly through three cables instead of one. It's an odd problem, considering that this happens to exactly NONE of my other VC games, including NES games, which I imagine were built using more primitive software.

At any rate, cable-switching does not make the problem go away with the Mega Man games. If I have to borrow my friend's GameCube to play them, I suppose that's a price I'm willing to pay, as said GC is readily available. However, the Neo-Geo problem is incredibly annoying. Users with LCD TV's and component cables should not be made to switch their settup around for one brand of games. Is this a case of poor emulation? Would a simple patch (in the form of a system update) remedy the problem? As far as I know, Nintendo has not commented on the problem, so I doubt they recognize it as one.

However, a quick Google search will bring up other users with similar problems. Some recommend a graphical "soft boot" with the Wii Remote & Nunchuk, but that does me no good. There are lots of Neo-Geo games I'd love to get, but this annoying cable problem is keeping me from doing so.

What's up, Nintendo? Why can't I play King of the Monsters with my component cables?

The first sentence sums it all up.

However, a quick Google search will bring up other users with similar problems. Some recommend a graphical "soft boot" with the Wii Remote & Nunchuk, but that does me no good.

Are you talking about forcing it to output at 480i? (If so, I don't want to know how you created the misappellation of "graphical 'soft boot'". :P) Have you tried calling the number listed to see what Nintendo says?

This is easily fixed, because all of the games in question are running on an emulator. They could all run in 480p, it's laziness that's preventing it from happening.

Have you tried Nintendo's tech forums?  They're not spectacular, but that might get some attention...

Yeah I had the same problem too. If I want to play Mega Man AC or X collection, I go to my ancient CRT  :P I don't have any Neo-Geo games yet, but it must be some sort of emulation bug. Just a freak accident I suppose. A small practical firmware update should fix it.

My TV is too good for the Wii.

I disagree.  Olevia TVs are garbage.  Hell the company (Syntax-Brillian) just went bankrupt this year.  I have a 27" Philips LCD 720p and everything you have trouble with works just fine on this.  It's your TV, man.

Why the hell did you buy it anyway?  Now Nintendo would be a very kind and generous company to help you with this, but I wouldn't expect it, mainly because Olevia TVs don't seem like they'll be on the market for much longer, and from the sound of it, doesn't look like many people bought one to begin with.  Whenever you buy a new HDTV, make sure it can output as many resolutions as possible.

The Wii represents 20-something years of video gaming and television technology, in modern and classical technological variants.  Halburger's glorious TV, does not.

480i, 480p, and various gimmicks used to get REALLY LOW REZ games to display on 480i before the GC/PS2 era are reproduced by Wii.  Laughably, Olevia doesn't understand such stone-age tech!  Nintendo VC games rarely suffer problems cuz they're re-tooled via emulator to take advantage of newfangled cabling.

He didn't get what he didn't pay for.

I got it on sale when the CompUSA here in town went under. It was like $400, down from almost a grand.