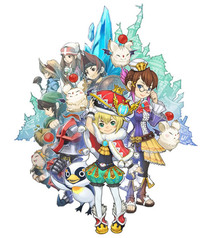 It's not surprising that playing a game for review is a more taxing experience. The entire time I'm playing I have to take mental notes (or in some cases physical notes) about anything that could be important for the review. In a long game these notes are vital. After another twenty hours of play, it can be hard to remember an exact scenario I had planned to use for the review. The process also gives me the ability to put some shape to a review before I write it.

Making detailed notes can help me relive playing the game, without having to go back for another five hours. It could just be how my memory works, but the notes help me remember some of the less important elements of the game, elements that still need to be addressed in a comprehensive review. They can help take what is a "general feeling" about a game and turn it into a series of fully fleshed out ideas. From there the review process is basically taking those ideas, and chaining them together within the confines of the format [for reviews].

However, the more difficult thing about reviewing games is completing the review in a timely manner. One week from getting the game to posting the review is a general rule of thumb, and in a long game that can feel like an almost impossible task. Final Fantasy: Crystal Chronicles My Life as a King is a good example of a game where this is a pressing issue.

While Final Fantasy: Crystal Chronicles My Life as a King can be a time-sink, the game clearly has a more casual appeal than most RPGs. It just doesn't feel like it lends itself to five straight hours of play, but sometimes that's what reviewing the game necessitates.

I've found that a game can frustrate me more if I'm trying to beat it within a time span. I hold steadfast that the random dungeon format is stupid, and has no reason to exist. Pokemon Mystery Dungeon made the whole game so much more time consuming by employing such a pointless mechanic. Getting the review out in a timely manner (something I still failed to do) made the whole process of dying and restarting feel even more masochistic.

Of course, this adds a whole new layer of complexity to the review. I have to review the game as if I were playing it for fun. I think I do a pretty good job of it. I try to imagine playing the game without a deadline and consider what frustration is a direct result from time restrictions and what comes from the game itself.

With the exception Miami Nights: Singles in the City, I've played every title I've reviewed after I finished the review. In the case of My Life as a King this was because I really enjoyed the core game (that was, after all what I was reviewing so it was best to play without DLC) and got some DLC. In the case of Bully, Dungeon Explorer, Speed Racer, and Pokemon Mystery Dungeon this was simply to confirm my opinions about the game. What I've found is that I tend to pretty accurate in speculating what the game would play like, without trying to beat it as fast as possible. If I'm wrong it tends to be that I excused a game flaw that is just as glaring playing it casually as it is playing it quickly.

This is just something to consider, next time you read a review. It is a different experience for the reviewer, and it's something that we try hard to make adjustments for. I think playing a game for review is generally less fun than playing it on my own time, but I do think that simply knowing that fact allows most reviewers to make an accurate judgment of the game.

Sorry to bother you so much about Pokemon Mystery Dungeon.

Nah, it's fine.  I expect some flak for my opinions.  I hope for it, honestly.  It means people care.

I do think that game was made worse by having to play it that way, and I guess if you like that style of game you would love Mystery Dungeon. I just had to review it based on what I define as fun.  That game was not it.

A staff blog section is a great idea. Some of these entries should make it on the front page. I want emo posts about how hard your day was.

On the subject, this seems to be a Schrodinger like problem. The very act of reviewing taints the review.

Play the game for fun. Review it for facts and lols.

Do you find yourself altering your playing methods in ways other than the amount of time you play in one sitting?  For example, do you skip optional side quests (that you otherwise would have done without second thought) because you need to plow through the main game?

Actually, it's kind of the opposite.  I find myself doing EVERY DAMN quest so I can say I gave a definitive review.

In Bully that meant playing "Endless Summer" for about 20 game days because the last class I needed just refused to pop up.

I can sometimes find myself enjoying a game (to some extent) that I wouldn't otherwise enjoy simply because it's not as bad as some games I've reviewed (whereas if I was playing the game for fun I would have put it down after 5 minutes because I usually only play games that I find extremely compelling).  A good example is Spyro's latest GBA title.  I've played some terrible Spyro games, but that one was actually pretty good (even though the level design was a little ho-hum and the graphics a bit dithered and the game a bit short).