Sometimes the wheels on the bus don't go 'round and 'round.

After 15 minutes with Wildbus, I was ready to throw in the towel on the review; I had concluded that this may be the worst video game I've ever played. Less than an hour later, I rolled credits, but my conclusion didn't change all that much. As a "thanks for playing" message flashed on the screen, my mouth remained agape. What the hell did I just play? Much of what follows here will be me trying to reconcile that.

Wildbus begins with some white text against a black background describing a story that doesn't really matter, especially when considering the gameplay. Without any tutorial or real explanation about what to do, save for a vague message in the corner of the screen telling you to search for the "Land of Light," you're basically left to your own devices. In this case, that refers to an odd bus that you drive around. The long and short of the experience is that you drive from one area to the next, from about five in total, completing incredibly basic missions on your journey to find the Land of Light. The missions include earning your driver's license, defeating bosses, and acquiring specific equipment for your bus. Did I mention the bus driver is a bear? 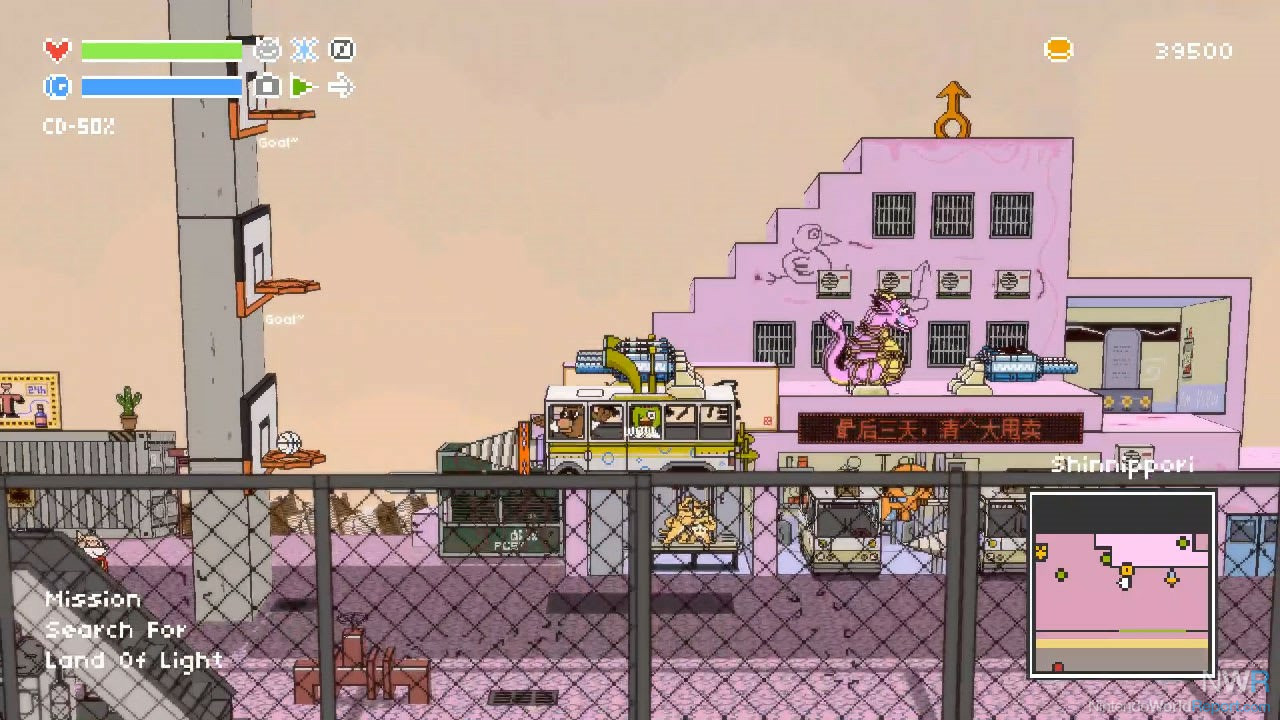 In addition to driving left and right, you can also move up and down the screen, but movement seldom feels all that good given the 2D visuals. Think Paper Mario, but then stop thinking that since everything about that game feels better than Wildbus. There is some rudimentary platforming, which is made all the more difficult and clumsy by the fact that you're a bus, and you might be trying to climb stairs by jumping up one or more steps at a time. You can't manipulate the camera either, making some objectives and platforms hard to see. In addition to purchasing different buses that have slightly different abilities or perks, you can use money earned by killing enemies and turning in bounties to buy weapons to mount on whichever bus you're driving. The weapons come in ranged and melee forms, but none of them are very satisfying to use, and the combat ends up being monotonous and weird; two words that certainly sum up the Wildbus experience.

I don't normally lean towards such an abrupt assessment, but Wildbus just looks and sounds unappealing. The art style is incredibly dull, and the different tunes that play as you travel the small and lifeless landscape are entirely forgettable. The backgrounds and objects do more to obscure your path and goal than they contribute to the game. There's also a map in another corner of the screen that fails to provide much assistance. Nothing in the presentation can be considered a strength of Wildbus. I'm not sure it actually has any pros to speak up, but I'll try to come up with something at the bottom of the review. 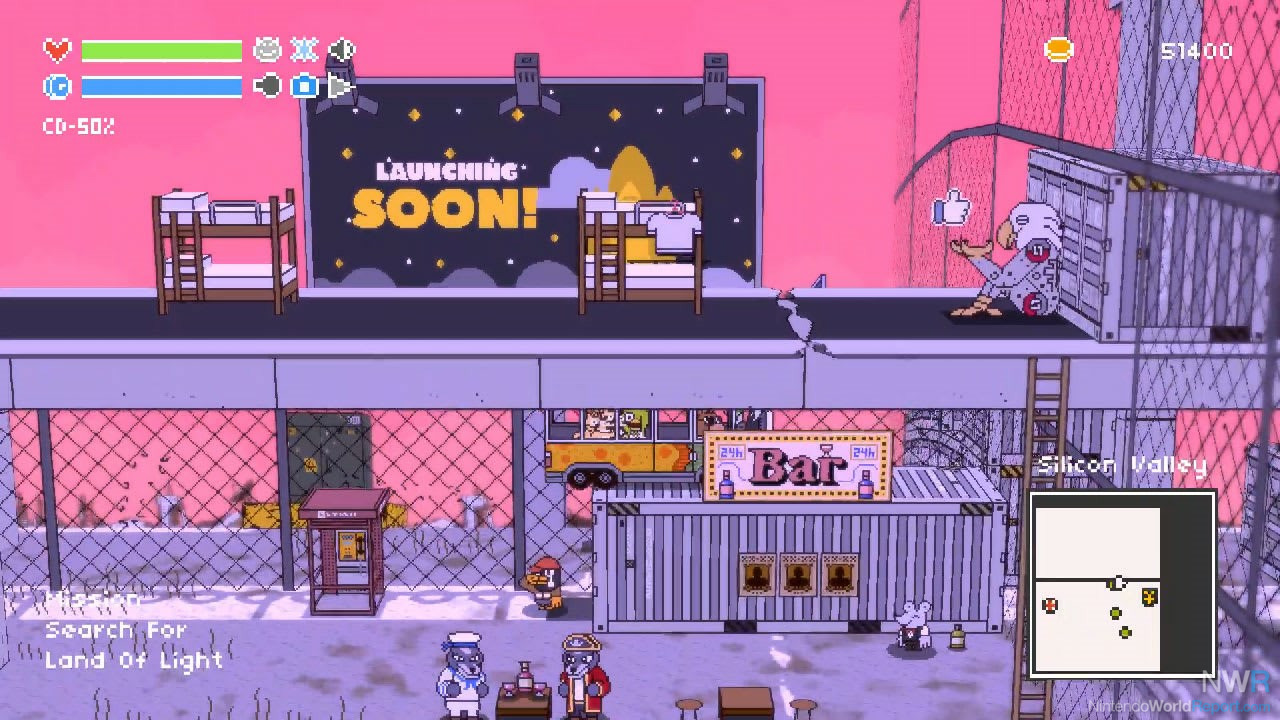 Characters you talk to couldn't be less helpful if they tried. The writing is either bad on its own or poorly-translated, likely both. Dialogue is skipped rather than advanced if you press a button before all the words have appeared, and what's worse is that certain tasks given to you are only mentioned a single time with no way of hearing them again. Apparently you can have passengers join your bus (who bestow special abilities) as you work towards a completion percentage of 100, but every time I offered a ride I was turned down. From the pause menu you can change your bus and see all the items you've acquired, so there is some value for completionists in trying to find every bus, item, and rider. That said, I can't imagine anyone would want to stick around long enough to 100 percent such a lackluster and unintuitive game.

With no handholding of any kind, Wildbus expects you to experiment and piece together how to actually navigate its world and solve its mysteries. After a lot of initial frustration, it's possible to figure out how to actually reach the Land of Light, but I took no pleasure in doing it. If Wildbus is wacky and odd for the sake of being such, then that might be the only way of deeming it a success. For anyone looking for a legitimately fun video game, don't go anywhere near this bus. The only ones who should be paying this fare are those who truly have a craving for something bizarre.