Long ago in the early days of Madden, developers at EA made a quirky version of football using the Madden engine called Mutant League Football. Doom and destruction reigned supreme in a way that would make the hardest hits in the NFL blush. The series faded away, but one of the original developers revived it many years later with the slightly renamed title Mutant Football League. The spirit of the original is pervasive, as most of the novel twists are refined and updated. Overall though, Mutant Football League, even in the special Dynasty Edition on Switch, is more liable to throw an interception than a touchdown due to unfair and cheap rules, a frustrating career mode, and rampant game crashes. 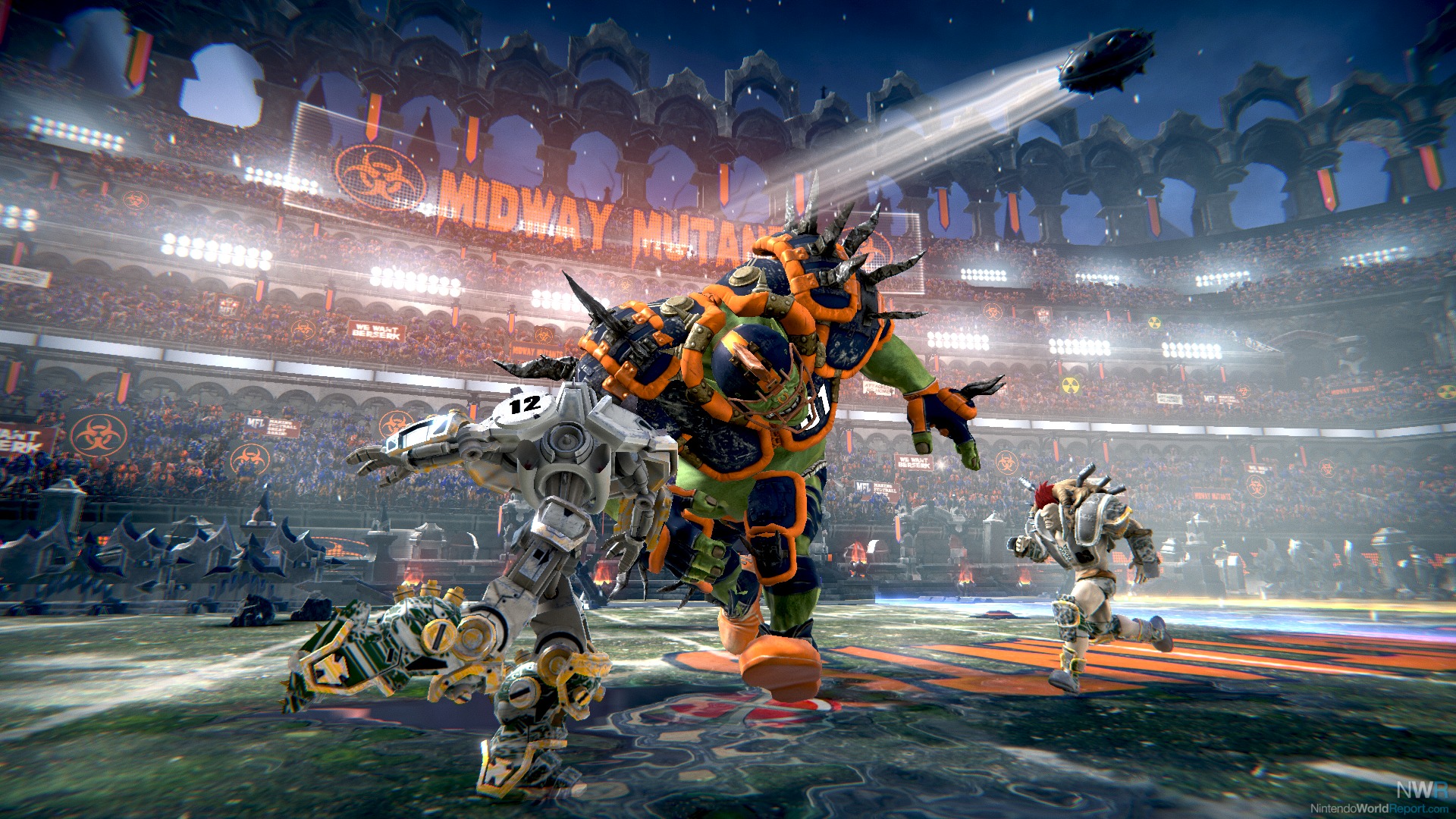 Mutant Football League is arcade football with a little bit of an uber-violent streak. Players can be killed and maimed, with varying degrees of customizable violence through in-game options. Comparisons can be made to the NFL Blitz series, with a narrower playbook and simpler play designs. The difference maker is the violence. Players have health meters and can be straight-up murdered. Referees can be bribed and when that happens, the only solution is to, in return, murder the ref. It’s bloody, it’s vicious. Even the announcers, including NBA Jam announcer Tim Kitzrow, have mouths as filthy as the mayhem is savage.

The basic controls are easy enough to make sense of—despite lacking the intricacy of Madden—but recurring issues with them were enough to weigh the experience down. Because of the designs and colors of players, it can be hard to judge players downfield, which is especially problematic when your opponent is passing. It’s less of an issue when you’re on offense, but in general, I felt running was a little too overpowered here. Tackling is also finicky and weird, but it’s consistent across both teams as players just seemingly bounce off of each other at random times.

A mechanic that adds a pleasing dose of chaos but is not well explained is Dirty Tricks. During matches, you can choose to execute one of many tricks, generally involving doing things like bribing the ref or turning your running back into a veritable chainsaw cutting up defenders down the field. These aren’t totally unstoppable, but I had too many instances where one of these would happen and just feel annoyingly unbalanced. 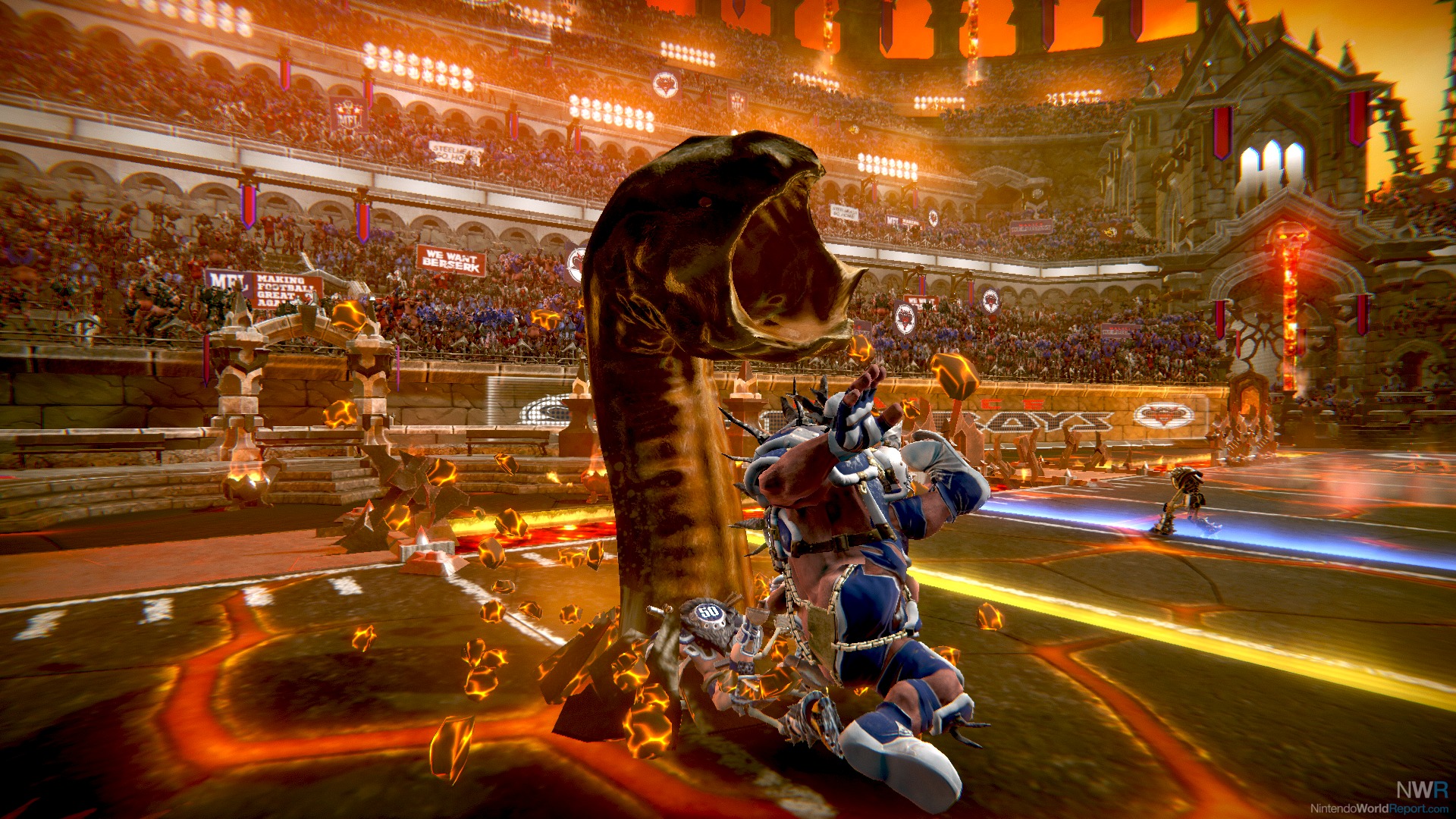 The violent madness that permeates through the gameplay works best in multiplayer. Local play is present, which is worth playing as long as you and your competition have a comparable understanding of the game. Online play is also available and worked fine in my experience. What didn't work fine was the consistent hard crashes. I averaged a full-on game crash every hour or two, usually in the middle of a close game.

The solo experience was most fun for me in the season or playoff modes where you take one of the NFL-inspired teams and play through a short series of games. The NFL parody goes past the team names like the Grim Bay Attackers and the Deadlanta Vultures and boils down to the player names like Airbourne Dodgers (Aaron Rodgers) and Slay Wrathspew (Clay Matthews). The roster is mostly based on modern rosters, though Ref Mantis (former Packers player Jeff Janis) is returning kicks for the Attackers. 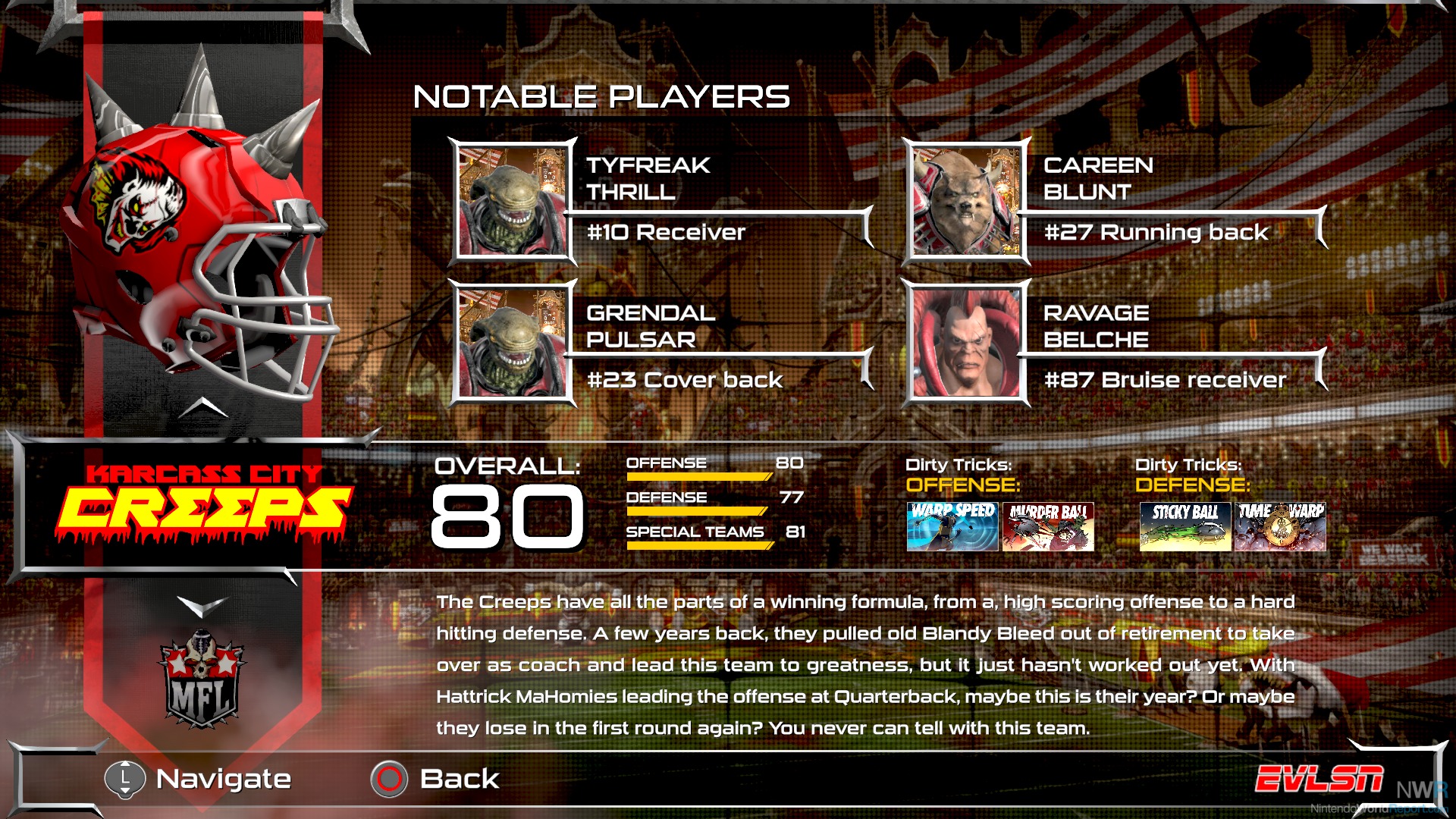 My football nerdery aside, I was disappointed by the biggest mode in the game: the Franchise-esque Dynasty. You select one of the teams, but it does the thing where your whole team just sucks at the beginning and you have to work your way to gaining experience points to make them better. Depth is there, as you can play through multiple years, work in a weird form of free agency, and build up your roster, but the foundation of frustration found in the early goings makes it a slog early on. Dynasty was also the space where I ran into the most game crashes, making an exasperating mode even worse.

Mutant Football League is best in multiplayer and doesn't hold enough depth or even fairness to make for a stable strategic experience. The arcade focus is fine, but this doesn’t coalesce into a long-lasting, memorable experience. It treads mostly on its raunchiness and doesn’t have the substance to match its gross style. Even on a system without Madden, Mutant Football League is too rough around the edges to be worthwhile.