Super Mario Bros. 3, one of the best games ever, is coming to the GBA in style!

There are few games that almost everyone over a certain age has played. Super Mario Bros. 3 is one of them. Many older gamers remember it as the last hurrah for Mario on the NES. Slightly younger players may recall the game from the heavenly Mario All-Stars. Being the first Mario game to encourage exploration in all 4 scrolling directions, the game captured the hearts of many gamers and is proclaimed to be the best Mario game by many (including me). Although it is not certain that SMA3 will be based on Super Mario Bros. 3, it is known that it will be based on an old game in the Mario Series. The only logical choice would be Super Mario Bros. 3, as the game based on Yoshi's Island would probably be refered to as Yoshi's Island Advance.

As the third edition of the "Mario All-Stars" Gameboy series, Super Mario Advance 3 promises lots of fun for gamers of all ages. In what is quickly becoming tradition for Nintendo-published ports, the game will likely include a bonus "Challenge Mode" and some sort of multiplayer battle game. Since the Mario Bros. Minigame found in SMB3 is already included in Mario Advance, the remake of Super Mario Bros. 2 (USA), SMA3 will probably have an entirely new game. The Challenge mode will most likely include the traditional Red-coin frenzy and the coveted Yoshi egg.

Although this remake of Super Mario Bros. 3 is confirmed, there has been no word of any release date. But as there are already 2 Mario GBA games this year, the earliest it could come out is 2002. 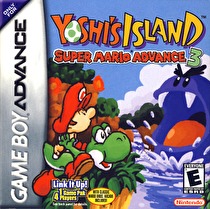