Trust the Proc... sorry, can't say that with a straight face.

If only in terms of file size, this week's unquestionably biggest release is the annual NBA release. And with the circumstances of this NBA season being what they are, I have to ask if they managed to cut the file size down by having a single arena that changes its appearance depending on the teams in the game. Still, it's cool having my choice of games with the Raptors as the champs. 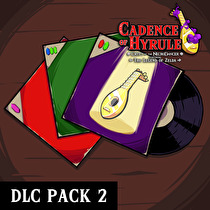 The second DLC pack for the Cadence of Hyrule season pass is now live.

Available as part of the pass or separately for US$5.99, the Melody Pack contains 39 songs from chiptune specialist Chipzel, rock musician FamilyJules, and EDM artist A_Rival.

UPDATE: These filings indicate that Nintendo is updating Switch Dev Kits as opposed to the consumer level Switches

Further inspection of the FCC documents now suggest that the listing refers to the Development Kit hardware for the Nintendo Switch, and not the Nintendo Switch itself. If so, it's still not clear why Nintendo is making modifications to its dev kits, whether it's a routine update of components or indicative of more substantial changes planned for the console.

A heavy concentration on rhythm games this time.

The multiplayer mode for Harmonix's Fuser was shown off, as well as three new songs announced for the fall release. The Taiko no Tatsujin Rhythmic Adventure Pack, a compilation of two rhythm-themed RPGs that originally... Read more...

by Donald Theriault - 10:29 am EDT
Discuss in talkback! Source: Nintendo

Square has announced a new RPG compilation for the Switch that continues the love for the original Game Boy.

An early Switch puzzle game is getting a sequel this holiday season.

Puyo Puyo Tetris 2 was announced in the Direct Mini Partner Showcase for release on December 8, with preloads available today. New additions to the game are expanded online (including 4 player games) and a Skill Battle mode, as well as a new story.

And all they had to do to sell fifty million copies was show "Let It Go".

The latest Nintendo Direct Mini Partner Showcase kicked off with the return of an old friend getting a release date.

Kingdom Hearts: Melody of Memory was confirmed for a November 13 launch on Switch, with preloads for the digital version going live today. Featuring music from the entire Kingdom... Read more...

Take me down to the Paradise Island where the drinks are full and the... leaders are dead.

A murder mystery coming to Switch next week will challenge players on their ability to gather evidence, not just call out whodunnit.

Paradise Killer will launch on September 4 for Switch. Described as an "open world adventure game", players take the role of famed detective Lady Love Dies, who has to find evidence pointing to the player's choice of killer and deal with the person who killed Paradise.

Bucket people of the world, unite! (Because you're not going anywhere otherwise.)

The Thirsty Mage is going to be a mite busy this week, with a load of new RPGs hitting the Switch. Despite the wall of new retail releases, however, the two big ones will be eShop only in the West: Final Fantasy Crystal Chronicles Remastered (taken online now, but you still need a bucket mule), and... Read more...

The cheat code of our ancestors lives on!

Avicii Invector is a rhythm game featuring a wide variety of tracks by the late Tim Bergling (aka Avicii) that's releasing on the Switch in early September, but a demo can be downloaded off of the eShop right now if you're interested in trying out. By default the demo comes with two songs, Pure Grinding and The Nights, but a secret third song is hiding among the heavy beats.

by Donald Theriault - 10:30 am EDT
Discuss in talkback! Source: Nintendo

Nintendo is heading back to South America.

After officially moving into China, Nintendo is heading back to South America.

Nintendo of America tweeted this morning links to Instagram and Facebook pages for Brazil, confirming the Switch would officially launch in the territory. No date was given for the launch.

Today's Indie World stream had no shortage of games releasing today. Here's a complete list to help you decide what to download and play right away.

Spiritfarer: A beautiful management sim about ferrying souls to the afterlife.

Takeshi and Hiroshi: Design a not too difficult RPG for your younger brother in this game within a game.

Untitled Goose Game is about to cause even more mischief. During this morning's Indie World Showcase, it was revealed that two-goose co-op play is coming in a free update next month.

On September 23, you and a friend can cause as much trouble as possible and drive gardeners everywhere into early... Read more...

A mind-boggling six shadowdrops headlined a show that also announced more than 20 other games.

Here’s a roundup of all the announcements from today’s Indie World presentation that showcased a number of new and upcoming games on Switch.

Hades: The latest from Supergiant Games (Bastion, Transistor) is coming to Switch this fall. It supports cross-save from PC. Hypnospace Outlaw: The weird... Read more...

The ferry is now boarding.

It won't be the "available on the eShop today" game.

Originally announced for summer 2020, Sports Story has been officially delayed.

Announced in the December 2019 Indie World for a summer 2020 release, the release date was updated to "TBA" on the Nintendo game list over the weekend. Developer Sidebar Games confirmed the delay officially in a Tweet today.

At least some annual traditions are surviving the circumstances.

The latest declaration of independent developers on Switch will be airing tomorrow.

The second Indie World presentation of the year will air on August 18, starting at 12 p.m. Eastern / 9 a.m. Pacific / 1800 CET. As with prior Indie World shows, the presentation will be approximately 20 minutes long.

You'll want to wear a red shirt if you're checking this column out on Sunday. Uh, no reason. 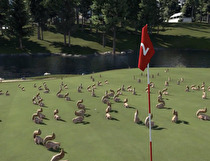 For big games this week, we have the PGA Tour returning to Nintendo consoles for the first time in two Olympiads with 2K's PGA Tour 2K21. Hopefully the course designer that allows for wacky stuff to emerge from the Fumble Dimension will arrive on Switch soon (it won't be in the game at launch). Samurai... Read more...

Someone's going to have to find the brakes on this train eventually, right?

The Switch continues to sell out and it's bringing a lot of back catalogue along for the ride in the US, according to July's sales survey from the NPD Group.

All data based on dollar sales from the period of July 5 - August 1 unless otherwise noted.

Hardware continued to be dominated by the... Read more...

"Pure Grinding" isn't just something that occurs at the Mage.

Players interested in trying the upcoming (on Switch) Avicii Invector will be able to grab a demo today.

The posthumous rhythm game, which will fully release on Switch on September 8, will be releasing a demo version today. It will contain two tracks ("The Nights" and "Pure Grinding") of the 35 that will be in the launching product.