The story picture's original title is satan.png if you're wondering where this is going.

A rhythm shooter spotlighted in a Indie Showcase will be hitting the Switch in a couple of weeks.

Limited Run Games will launch their first 3DS title for preorders next week.

Did somebody order a quirky RPG? 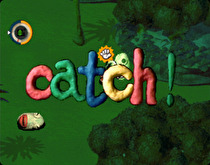 The long awaited localization of a cult favorite JRPG is a few short weeks away.

Moon, the convention-defying RPG from developer Love-de-Lic, will finally launch in English on August 27. It originally released in Japan last October.

Originally developed for the PlayStation, Moon parodies tropes of mid-to-late 1990s Japanese role playing games. Some of the staff from Love-de-Lic later went on to develop the Paper Mario series.

We had to triple check that last part.

One of the Switch's serious racers now supports a decidedly not-serious accessory.

The update for GRID Autosport that launched today includes support for the Labo Vehicle kit. This is on top of adding support for a pair of Hori-developed racing wheels.

Also included in the update is online multiplayer support for up to 8 players.

by Donald Theriault - 6:08 am EDT
Discuss in talkback! Source: Nintendo

One of the most demanded features in Animal Crossing: New Horizons will come on Thursday.

The trailer for the update released by Nintendo today announces an "Island Backup Restoration Service" will be available from July 30. This function allows NSO subscribers to back up their islands to the internet.

by Donald Theriault - 5:06 am EDT
Discuss in talkback! Source: Aksys

There'll be a mob scene for these ones.

The fifth ship in Aksys's otome armada has an arrival date on Switch.

Piofiore: Fated Memories will launch on October 8. Set in post-WWI Italy, the main character Liliana Adornato is caught in a mafia turf war that dominates her small hometown of Burlone.

Get your theme on, go play

The next Tetris 99 Maximus Cup will unfold this coming weekend.

The 15th Maximus Cup will be held beginning Friday, July 31 at 3 a.m. ET and wrapping at 2.59 a.m. ET on August 4. Players will unlock a theme for Paper Mario: The Origami King by earning 100 ranking points over the weekend.

A trailer showing the theme and accompanying music is also available:

Note "Nintendo Console" and not "Switch".

The creators of a classic late 1990s JRPG series have formed a new studio to create a spiritual sequel that is targeting a future Nintendo platform.

Eiyuden Chronicle, the debut product from the newly formed developer Rabbit & Bear (headed by designers of the Suikoden series from the original... Read more...

If this disappears it's because it's already over.

The website will be going through a server migration today at 4 p.m. Eastern time. During the migration process, the site will be moving to a faster, more reliable server.

During the migration process, which may take up to an hour, the site will redirect to a landing page and the NWR forums will be in a maintenance mode. Chat service on the NWR Discord will be unaffected.

A lot of fighting from Japan and visual novels in Japan this week.

The big ones for this week are Fairy Tail, the RPG from Atelier developers Gust that has had about five different release dates, and the Samurai Shodown NeoGeo Collection coming to the eShop on Tuesday. So there's plenty of violence this week coming from Nintendo's developer partners.

And then you too can ask the simple question: "Why is Fight Crab?"

The Switch version of the crazy crustacean fighter Fight Crab will be out just before summer's end.

Mastiff have confirmed September 15 as the eShop release date for the multiplayer claw-based fighter. Pricing for the game has not been disclosed.

The seafood strikers will be able to face off in local and online play for up to 4 players in a 2v2.

A 3D platformer from Square Enix with some big names behind it.

A new Square Enix studio is bringing a new 3D platformer to Switch next year.

by Donald Theriault - 11:34 am EDT
Discuss in talkback! Source: Nintendo

Switch Online subscribers will get a free trial of an early Switch fighting game starting next week.

Pokken Tournament DX, the 2017 Switch version of the previously arcade and Wii U fighting game, is now downloadable for Switch Online subscribers for a trial. The trial version will be active starting July 29 and will be open until 2:59 a.m. ET on August 5 (11:59 p.m. PT on August 4). The download is 3.9 GB.

All by the end of March.

The Ketchup v Mayo re-run in Splatoon 2 was popular enough that the repeats will continue.

Nintendo have announced three more Splatfest reruns will occur in Splatoon 2 between now and the end of March 2021. The first, a rerun of the "Chicken v Egg" fest from March 2018, will run from 6 p.m. ET on August 21 to the same time on August 23.

And you can finally bring your supersonic acrobatic rocket-powered battle cars from other platforms to Switch.

Rocket League will be the next game to go from premium to free on Switch.

The vehicular soccer game, which launched five years ago this month on PC and PlayStation 4 and came to Switch in 2017, will be moving to a free download "later this summer" according to a post on the game's official website.... Read more...

The serious fighter has a serious discount.

The Switch's attempt to make the hardcore fighting game accessible has gone free to play today.

Fantasy Strike, which released last year as a paid product, has switched to a free model effective today. All of the previously released characters, along with two new ones, will be available to try. Offline and online battles (using the GGPO rollback netcode) are also available.

This week's big release and next candidate for "wait, they ported WHAT???" to the Switch is Crysis Remastered, which was still laughing at gaming PCs after the *Wii U* launched and somehow has been crammed into the Switch. If you prefer a little bit more strategy, you could also rock and/or roll with Rock of Ages III: Make or Break, or perhaps the newest ultra-gory piece from Nina Struthers and the nuts at Devolver with Carrion.

by Jordan Rudek - 8:30 am EDT
Discuss in talkback! Source: iam8bit

The goose will be loose in a few more ways this fall.

Indie darling Untitled Goose Game will be receiving a physical version on September 29, courtesy of iam8bit, Panic Inc., House House, and Skybound Games. The standard version will retail for $34.99 (all prices USD) and include a game cartridge, a plaza catalogue of items that a goose might enjoy... Read more...

Other announcements from today's Partner Showcase:

The Japanese show saw two RPG announcements: Sakuna: Of Rice and Ruin will launch there on November 12, while Atelier Ryza 2: Lost Legends and the Secret Fairy was revealed for a winter launch. Koei Tecmo Europe later indicated the follow-up to last... Read more...

by Donald Theriault - 7:28 am EDT
Discuss in talkback! Source: Nintendo

Cadence of Hyrule is about to get a whole lot bigger.

DLC for the musical roguelike was announced in today's partner showcase, which will start launching today and be out by the end of October. The first pack, out today along with a season pass, will add five characters: Impa, Shadow versions of... Read more...