At least you won't have to buy it twice - right, CJ?

The vintage open-world racer will land on Switch June 19, and the MSRP will be US$49.99/C$64.99. It is also available for preload on the eShop today.

Burnout Paradise originally released on the PlayStation 3 and Xbox 360 in 2008, and was remastered for their successor systems last year.

Ary And The Secret Of Seasons Reveals July 28 Release Switch

The secret's out in the midst of the summer.

A girl who can change the seasons will have her adventure right at the point you'd want to change out of the summer heat.

Ary and the Secret of Seasons, the Modus Games-published action adventure game, will launch on Switch July 28. A new gameplay video has also been released:

As she attempts to find her brother and grow into the role of Guardian of Winter, Ary will summon biomes of specific seasons to explore her world.

Time to get your puck on.

The second DLC pack is now out for Luigi's Mansion 3, wrapping up that pass.

Luigi can sport three new costumes as part of the update, dressing as a magician, pirate, or a paleontologist. New ghosts will appear in the ScareScraaper, and the ScreamPark has added new games as well. The new games are: PuckStravaganza (ice hockey), Floaty Frenzy (water-focused obstacle course), and Desperate Measures.

If you ever wondered what it's like to play a game WITHOUT the day 1 patch...

505 have confirmed to USGamer that the game's launch was originally going to be in early May, with copies for backers of the game's Indiegogo campaign set to receive... Read more...

Maybe the Turks and Caicos should have pushed a bit harder to join Canada, eh.

eShops for 3DS and Wii U will be closing in most of Latin America this summer, preventing new downloads as well as redownloading old ones.

The eShops in the affected countries on 3DS and Wii U had "limited support", which means codes could be redeemed if purchased and software could be redownloaded,... Read more...

Ion Fury To Blast Onto Switch May 14 Switch

From the makers of Duke Nukem Forever... wait, why are you laughing?

A controversial first person shooter from the makers of multiple genre classics will make its console debut in a couple of weeks.

Ion Fury, the first shipping game from 3D Realms to reach consoles without intervention since 2006's Prey, will be available on Switch May 14 for US$24.99. A preload discount will also be available, and a physical version will be available from the game's website or in stores in PAL regions at the end of June.

It's the story of Morgan. Francis York Morgan.

The Switch's summer is both a little bit more and less mysterious.

Deadly Premonition 2: A Blessing In Disguise will launch on Switch July 10 for $49.99 US, both digitally and physically. Set partially in Boston, the game claims to be a sequel and prequel to the original game.

The original game is currently on sale for 50% off in North America to celebrate.

The crowdfunded RPG is coming with a bit of a discount, but some caveats. (UPDATED)

It turns out 505 Games will have two Switch releases this week.

Indivisible, the RPG developed by Lab Zero Games (Skullgirls) has appeared on the Switch eShop with no prior announcement of a release date. The price is US$23.99 after a 20% discount that expires May 12, for a regular price of $29.99.

by Donald Theriault - 6:34 am EDT
Discuss in talkback! Source: SNK 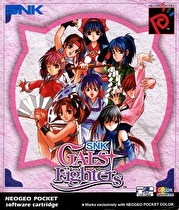 SNK is observing the 30th anniversary of the Neo Geo with a special release of a classic portable fighter.

SNK Gals' Fighters, a 2000 Neo Geo Pocket Color fighting game, will be made available on the Switch eShop this Wednesday (April 29). This is the second NGPC game to be made available on Switch following a preorder bonus of Samurai Shodown II to coincide with the launch of the modern reboot in February.

Telling lies and moving out - I'll be doing one of those this week.

The staff has a bit of a pedigree when it comes to building things.

One of the game announced in December's Indie World has its release date ready to go.

SuperMash, the random game mashup simulator, will release on Switch May 8 for US$19.99. Players will mash together 2D game styles such as JRPG, platformer, and scrolling shooter to try and satisfy the demands of a video game store's customers.

If you were affected, illegal purchases will be immediately cancelled. (UPDATING)

Nintendo has confirmed the number of accounts affected by a recent breach and has begun mitigation steps.

It's about the only way to ride right now.

The Lonely Mountains will let you get some social distance in a couple of weeks.

Lonely Mountains: Downhill has been confirmed for Switch launch on May 7 for US $19.99/€19.99/£17.99. It features the ability to explore the mountains at any pace, as well as the ability to race at high speeds down it.

Switch To Open Book Of Demons Next Week Switch

Defeat the powers of hell with... paper.

505 Games is getting back on the horror train with their next Switch release.

Book of Demons will launch on the Switch eShop next Thursday (April 30), with preloads live now. The regular price will be US$24.99, though preloading on Switch offers a 10% discount.

by Neal Ronaghan - 6:00 am EDT
Discuss in talkback!

A slight delay, but a new sports game will arrive on Switch soon.

Super Mega Baseball 3 will launch on Switch on May 13, according to developer Metalhead Software. Additionally, they are working on post-launch updates that will be released for free, including a Super Mega Baseball 2 Team Import tool and a major online gameplay feature.

And it'll be playable online for the duration for free. Yes, even for non-subscribers.

Just when you thought it was safe to put the ink away, Splatoon 2 has come roaring back.

A special demo of Splatoon 2 will be available on the eShop along the 5.2 update now available. The demo will be operational from April 30 at 2 a.m. ET through May 6 at 9:59 a.m ET. A seven day trial of Nintendo... Read more...

Will you be able to get the games separately? Most likely.

The latest game(s) in Spike Chunsoft's Science Adventure series are releasing outside Japan for the first time ever this fall.

Robotics;Notes Elite and Robotics;Notes DaSH will release for Switch on October 13. Spike Chunsoft has opened preorders for a US$59.99 package that will include both titles,... Read more...

The old Nintendo Network may be to blame for this one.

There is an imminent security threat for Nintendo accounts, and all holders are advised to turn on two-factor authentication to counter it.

Switch owners will finally get to experience the work of Sam Barlow.

A critically acclaimed PC adventure game from 2019 will be making its console debut on Switch next week.

Telling Lies, a mystery game that involves the use of full-motion video to solve a mystery, is coming to Switch next Tuesday (April 28). Nominated for a BAFTA award for its performances, it is the latest game from Sam Barlow who previously created "Her Story" for PC.

Make it beautiful, then go get hitched.

The release date for the next Animal Crossing update has dropped along with an event roadmap taking it into June.