by Donald Theriault - 6:33 am EDT
Discuss in talkback! Source: Nintendo

A fine (spacer's) choice for a release date.

After a COVID-19 induced delay, The Outer Worlds has a new ETA.

The Obsidian-created space RPG will now release on Switch on June 5, with a physical cartridge version and on the eShop. It was originally slated for a March release, but was delayed when the porting studio Virtuos (located in China) was forced to suspend business due to the COVID-19 outbreak.

by Neal Ronaghan - 9:12 am EDT
Discuss in talkback!

Want to know more about the sequel to one of the best arcade sports games?

More detailed videos are promised in the future in the lead-up to the game's April launch on Switch. Check out the video below for an overview of Super Mega Baseball's... Read more...

Also a Paper Mario game, but that feels more like a threat. 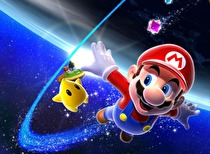 Nintendo is planning to release remasters of several 3D Mario games for Switch, according to Video Games Chronicle.

VGC's Andy Robinson reported this morning that Nintendo is planning to announce Switch remasters of several 3D Mario games, as well as a new Paper Mario game. The remasters are planned to be announced alongside news regarding Universal's Super Nintendo World theme park and Illumination's animated Super Mario film.

Shantae And The Seven Sirens Scores May 28 Release Switch

by Donald Theriault - 8:09 am EDT
Discuss in talkback! Source: WayForward

Shantae's latest adventure is targeting a release in a very busy Switch weekend.

Shantae and the Seven Sirens is currently slated for Switch release on May 28, though the company acknowledges that the current conditions may cause slipping. It will be priced at US$29.99.

The Seven Sirens launched on Apple Arcade last year, and the Switch version will include an ending newly added to the mobile version today.

Other News From The Direct Mini Switch

Free to play, Trails all day, what else do I have to say?

The Legend of Heroes: Trails of Cold Steel III was given a June 30 release date, and the English version of its demo is now available on the eShop. Burnout Paradise Remastered will release on Switch sometime in 2020 from Electronic Arts. GungHo's... Read more...

Some updates for Nintendo's second half of 2019.

Updates are available now for two of Nintendo's 2019 games.

Ring Fit Adventure has an update available now that adds a rhythm mode to the game. In addition to original songs from Ring Fit, the rhythm mode will also have Splatoon 2, Super Mario Odyssey, and Breath of the Wild music. Also added is a female voice option and new language options. 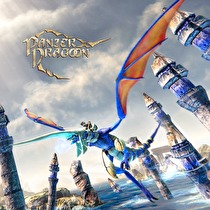 And one of them is using force powers today.

It's not Shadows of the Empire, but another two Star Wars games will be available on the Switch eShop soon. Star Wars Jedi Knight: Jedi Academy, the final entry in the Jedi Knight series, is available for purchase today (as we reported yesterday). It features 16-person online multiplayer, character... Read more...

Where else would you go to play checkers, solitaire, and... shogi?

A hot DS seller is getting expanded and brought to Switch this year.

Clubhouse Games: 51 Worldwide Classics will launch digitally and physically on June 5 for US$39.99/C$49.99. It will feature play for up to four players locally and online.

In addition to classic western board and card games, the Switch edition will have two forms of shogi, Mancala, and even slot car races.

You can dive into this underwater adventure right now.

Capcom has launched a new-to-Switch exploration game as part of the Direct Mini.

Originally an Apple Arcade exclusive, Shinsekai: Into The Depths is now available on Switch for US$19.99/C$29.99. Shinsekai features an unnamed diver who is investigating an abyss and has to craft items and upgrade their equipment for deeper exploration.

Which way will you go - single or multi strike? (Or will you just choose to Smash?)

The closer of today's Nintendo Direct Mini was additional details on the Isle of Armor coming in June to Pokémon Sword and Shield.

The Isle of Armor will feature two separate towers, and the Pokémon Kubfu's form after evolving to Urshifu will be determined by which of the towers is explored fully... Read more...

Don't you dare call it Easter

Today's Nintendo Direct contained a few details about the free seasonal updates coming to Animal Crossing: New Horizons. As some may have already guessed, the launch day update to version 1.1.0 brought with it the Bunny Day event, which includes character Zipper T. Bunny who will be visiting islands... Read more...

No word on if they're enforcing social distancing right now.

Nintendo has dropped a brand new puzzle game on the Switch eShop today.

Good Job! is now available on the eShop for US$19.99 or equivalent. As the child of the company CEO, you have to do a series of jobs around the office to work up to the C-suite.

We know they're from ARMS, and ARMS gets a free trial to celebrate

This June will bring the announcement of a new DLC fighter to Super Smash Bros. Ultimate, and it's going to be a character from first-party fighting game ARMS. Today's Nintendo Direct presentation revealed that the new character will be someone from ARMS, but no further information was provided. At... Read more...

Four heroes and asterisks are back.

Although we didn't get a date for Bravely Default II in the Direct Mini, you will be able to play it today.

A demo was launched today for the 2020 RPG, and as with the Octopath Traveler demo feedback will be taken for the game following its launch.

The four characters Seth, Gloria, Astelle, and Elvis were shown off in an extended trailer, as well as confirmation of the trademark Brave and Default system returning.

The competitive meta for this game is nuts.

One of Atlus's most controversial titles is coming to Switch in early summer.

Catherine: Full Body will release on the Switch July 7. Written by P-Studio (Persona), Catherine is an adventure game that features a man named Vincent caught in a love quadrangle between Catherine, Katherine, or (the new Full Body addition) Rin. In between the adventure sequences, Vincent must navigate rising blocks to escape his nightmares.

Oh great, we get to put up with Claptrap too.

2K will be loading up on Switch at the end of May.

Three different 2K-published collections will launch on May 29: The Borderlands Legendary Collection (including 1, 2, and "The Pre-Sequel"), BioShock Collection (1, 2, and Infinite), and XCOM 2 Collection (XCOM 2, its DLC, and War of the Chosen).

The remaster will bring a new epilogue to Shulk's story.

Nintendo opened a Direct Mini with some big RPG news.

The Xenoblade Chronicles Definitive Edition will launch on May 29. The remastered version will include a special "Future Connected" epilogue following the game, as well as some re-recorded music tracks.

It can be preloaded today, and a version with a 250-page artbook will also be available worldwide. Europe will also receive an edition with a vinyl version of the soundtrack.

Tangledeep on Switch came out more than a year ago on Switch, but on March 26, a sizable content update will add the Legend of Shara expansion pack ($8 on PC) for free, as well as an additional paid expansion and a plethora of tweaks and bug fixes.

The game's lead developer Andrew Avera noted that "nearly 50%" of the game's revenue comes from the Switch release, which is what motivated the free expansion being offered on Switch.

Special thanks to the Canadian eShop and PSN for spoiling this one.

The Canadian eShop has, perhaps inadvertently, revealed a surprise release for tomorrow.

Star Wars Jedi Knight: Jedi Academy, announced to be coming to the Switch last fall, has appeared on the Canadian Switch eShop's coming soon section with a release date of tomorrow. The game is listed for $25.19 Canadian, which would translate to a $19.99 US price tag. No comparable listing is on the US or European stores.