Not quite ready to deploy and not going to shadowdrop.

Apex Legends was originally coming to Switch and Steam in October - and though the latter is only delayed a week, Switch owners will have a bit longer wait.

An update posted on the game's website has confirmed that the original October launch for Apex Legends is now a "2021" release. It was going... Read more...

The bigger shock is that this is happening on a Monday. 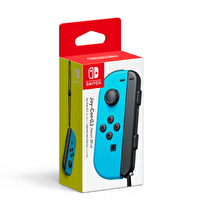 Joy-Cons will be a little bit less expensive soon if you have to buy a solo.

Nintendo have announced a price drop on single Joy-Con controllers for the Switch to take effect on November 9. The single left ("neon blue") or right ("neon red") controllers will be sold for $39.99, representing a $10 MSRP reduction. It appears pairs will maintain their $79.99 cost for now.

Though it's not without some modern touches.

After three decades, audiences outside Japan will finally get to experience Marth's original tale in its 8-bit glory.

Fire Emblem: Shadow Dragon & The Blade of Light, the 1990 Famicom release, will be localized and released worldwide on December 4. It will be sold digitally for US$5.99, or in a code-in-box physical version with additional items for US$49.99. The game will remain on sale through March 31.

It's a cube of time, thankfully without the insanity.

Players will be able to get a bunch of new perspectives with the upcoming puzzle Moncage.

XD Networks and developer Optillusion have announced Moncage for a 2021 Switch release. The game features a cube that contains multiple worlds on each of its surfaces, with the ability to rotate the cube and use optical illusion to solve mysteries within.

The Otome Armada is going to continue its onslaught into the new year.

The partnership between Aksys Games and the Idea Factory romance label Otomate will continue into at least early 2021.

Aksys has announced a localized version of Code: Realize -Wintertide Miracles- for an early 2021 release, along with a limited edition. The limited edition will contain five pins and a keychain containing winter themed art of series main character Cardia and other characters from the Code: Realize universe.

In this house made of aces and eights, we stan the Moist Talkers.

The creators of one of 2020's biggest cultural events are bringing a different creation to Switch in 2021.

The Game Band, creators of the popular web based fantasy baseball title Blaseball, have announced the release of Where Cards Fall for early 2021. It promises a "slice of life experience" inside of homes literally constructed from playing cards.

A week of mystery, intrigue, and spinning blades. And that's just a lot of the pricing.

It's hopefully not as hectic on the eShop in this week when the author gets charged for Pikmin 3 Deluxe, but we're still looking at some big ones. HyperBrawl Tournament drops first on Tuesday, and Thursday sees launch for Iditarod adventure game The Red Lantern (yes, you CAN pet the dog). Adventure sequel GoNNER 2 is also confirmed to hit on Thursday, and the latest Quantum Astrophysicists Guild title in Fracter.

Did Mario 3D All Stars fend off the challenges of hoops and heroes?

The surprise announcement and launch of Super Mario 3D All-Stars led Nintendo to a strong month of US sales in September.

All data based on dollar sales in the US from August 30 - October 3, unless otherwise indicated. Nintendo figures also do not account for digital sales.

When you owe more than $750, there's really only one option.

Action-adventure Turnip Boy Commits Tax Evasion is coming to Nintendo Switch in 2021. During the MIX NEXT event, a trailer revealed the existence of a bizarre premise with a memorable title. Playing as Turnip Boy, you undertake a quest to pay off your debts and return home. Puzzles, exploration, and... Read more...

Another game for the pile of victims of 2020.

Axiom Verge 2 originally targeted fall 2020 for release, but it is now targeting 2021.

Developer Thomas Happ made the official delay announcement on the game's website, citing the year's pandemic among the reasons for the delay.

Originally shown in last December's Indie World show, Axiom Verge 2 utilizes a 16-bit artstyle (compared to the original's 8-bit style) and has promised new tools that allow for more deformation of the area.

If Found... is making its way onto Switch on October 22nd. This narrative driven title is developed by the Dublin-based studio Dreamfeel and published by Annapurna Interactive. You experience the story of Kasio, a queer woman who relives her experiences from the 1990's in Ireland while coming of age.... Read more...

See if you can spot the reasons why the author has maxed his eShop wallet ahead of this week.

Amazing that in a week where I'm probably going to clear a wide swath of my wishlist (whether in terms of money or number of games coming off it), the biggest release is free. Mario Kart Live: Home Circuit will be a free download on the eShop starting Friday, though it's not going to work without... Read more...

Once the Switch co-op patch/New Game Plus patch goes out, that's it.

With the dissolution and reformation of Indivisible developers Lab Zero Games, publisher 505 Games has been forced to cut off support for the game.

Will you make the right choice or the dreadfully wrong one?

The second Splatfest encore will be a battle of the spooky.

Halloween weekend (October 30 - November 1) will see the return of the Tricks v Treats Splatfest in Splatoon 2. It will run beginning at 6 p.m. ET on the Friday and go until 5 p.m. on Sunday, covering all of Halloween. The event first ran October 19-21, 2018.

One of the characters certainly has a high enough body count.

Mortal Kombat 11 is kontinuing to expand its koterie of kombatants.

The second Kombat Pack will launch on October 15, and will include three new characters: series veteran Mileena, the demigod Rain, and John Rambo thanks to the publishing deal with WB Games. The DLC pack will be US$14.99.

With save carryover and some extra spice if you go the distance.

If you're curious about Pikmin 3 Deluxe, you can now try it out.

As announced in today's Treehouse Live presentation, a demo for the complete Switch release of the 2013 Wii U title is now available in the eShop. The demo will feature the ability to carry over the save date to the launching game.

Mario Kart Live Can Be Played Docked And On Carpet Switch

Not quite all terrain but more than one.

We've confirmed with Nintendo today that as was briefly glimpsed in a recent trailer, you can indeed play Mario Kart Live: Home Circuit while the Switch is docked. Marketing for the augmented reality kart racer has focused almost exclusively on a handheld experience. However a brief glimpse in a recent trailer lead us to question Nintendo directly, who confirmed for us that it can be played on a television as well.

Overwatch To Be Available Free For Switch Online Subscribers Next Week

After the strategy of Disgaea 5, the next free trial for Switch Online members will be a faster paced shooter.

Overwatch will be free online for Switch Online members beginning on October 13, with the trial running until October 21 at 2:59 a.m. ET (11:59pm on the 20th Pacific time).

The free trial comes at the one year anniversary of the game's Switch launch (October 15, 2019).

At least for now it won't contain any Bakugan, but you never know...

Treehouse Live will return tomorrow with Pikmin and Hyrule.

by Donald Theriault - 10:19 am EDT
Discuss in talkback! Source: Nintendo

His words are wise, his face is beard.

The roster for Age of Calamity is taking further shape.

Although not shown in combat, a new trailer for the November 20 release shows off three characters who will be included in the story. The King of Hyrule is joined by the twin Sheikah researchers Robbie and Purah.