We can expect a North American release next year, and a European one in 2025. 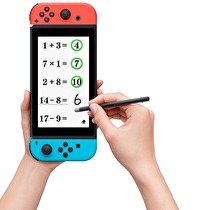 Brain Age is coming back.

Brain Age Switch is only playable in a sideways orientation, so it can only be played in handheld mode and a few... Read more...

The baseball might be wild, but the Switch releases are steady.

Wait... is this an actual light week?

So far, it is. The big one for me is Yu-No: a Spike Chunsoft visual novel with an exceedingly long subtitle and a lot of history behind it... or maybe Neo Cab, a modern take on the VN. Or maybe One Night Stand, which Joe was really into at E3. Either way, it's a good week for reading.

Forget staying in your lane.

A major multiplayer strategy game will be coming to Switch next year, though territories are still to be confirmed.

At a fan festival in Tokyo yesterday, developers Dragonest announced a Switch version of Auto Chess would release next year in order to expand the player base.

Originally a mod of DotA 2, Auto Chess first released on mobile in 2018 and has a PC version slated for launch on the Epic Game Store this year.

Someone needs to give us all a puff-puff. Just not from a goose.

Just how many slimes are about to die by your hand?

Every last one of them. I'm just not sure which one to play this week: I know the good doctor would suggest Dragon Quest XI S, but there's also the first three games where my only exposure to them has been academic.

Anything else on your plate this week?

The ability to pet the dog or cat isn't cheap. *POSSIBLE SPOILERS* 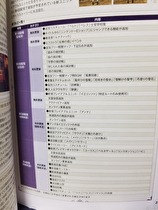 The free update wave 3 is said to include a new playable character (Jeritza, a Church of Seiros character), support conversations... Read more...

No, you have seen this movie before.

Ittle Dew 2+ is currently delisted from the eShop because of the actions of its original publisher.

Originally released in 2017 for Switch, Ittle Dew 2+ was developed by Ludosity and originally published on Switch and other platforms by Nicalis. According to Ludosity CEO Joel Nystrom in a Twitter... Read more...

You're essential, even if the company you work for is trying to prove otherwise.

The Neo Cab will start accepting fares in a couple of weeks.

Fellow Traveler and Chance Agency have confirmed an October 3 launch date for Neo Cab, the cyberpunk adventure game announced for Switch in March's indie presentation. As one of the last human drivers for a ride sharing company, players have to take fares and uncover the mysteries of both their city and their own life.

I was going to say that this wouldn't be as rare as what happened Sunday, but then...

Pokémon has chosen this week to end some very long running gags.

A "glitched" Pokémon was listed on the Pokémon website this week, which was finally unveiled today as Sirfetch'd - a Fighting-typed evolution of Farfetch'd. The method of evolution was only given as "experience lots of battles".

It's a collision of free to start.

Kirby is the next franchise to join the fun of Tetris 99.

As part of a Super Kirby Clash launch party, Tetris 99 will hold their seventh Maximus Cup from 3 a.m. ET on September 20 until 2:59 a.m. ET on the 24th. In addition to the traditional theme, which will be Super Kirby Clash themed, players will also receive 99 Gem Apples - the SKC ingame currency.

A mass of slimes approaches. Command?

September 27 will see even more slimes.

The Dragon Quest I/II/III remakes announced in the Japanese Nintendo Direct will release worldwide on September 27, the same day as Dragon Quest XI.

A wind fish, a goose, and an artificial intelligence fly into a bar...

Editor's note: We're summing up this week's article in tweet form because there's too many damn big games. See you next week, and happy birthday to Michael in Morinville.

Hi game companies - specifically those with Switch games - there are other months than September. As a matter of fact, there are 11 months. Please slow the fuck down.

This is what happens when you frontload so hard it ends up in July.

The video game industry in the US just had its worst August of software in more than two decades, but it wasn't Nintendo's fault based on the software charts.

All figures based on dollar sales, for the period of August 4 - 31, unless otherwise noted.

For hardware, the Switch was the best selling... Read more...

A slight delay from the original plans.

October 10 will see the launch of a bright light of March's indie showcase.

The adventure of Pine will release on October 10, for US$24.99. Players will play as Hue, who tries to bring his tribe to the top of the food chain in a large open world.

Pine was originally showed in March's indie showcase with a planned August release.

Ring Fit Adventure, launching October 18, is an action role-playing game that controls its attacks through various exercises. The game comes with a "Ring-Con" and a leg strap that each holds a Joy-Con. The launch MSRP will be US$79.99.

Thanks to Dorian, it's the rare downloads article that goes up on the day of.

So now that your old hometown floated into the sea, I'm guessing the commute just got longer?

Which explains why this article is getting posted on Thursday morning instead of Monday. Anyway, Daemon x Machina is the big release of the week, though I'll hear the arguments for the racism-inspired in more ways than one The Sinking City.

Fire Emblem: Three Houses has been updated to version 1.02, with a long awaited new difficulty and a second wave of DLC.

The update offers the new "Maddening" difficulty selection, to go along with the Normal and Hard options. Beating the game on Maddening without using the New Game+ option will change the title screen slightly.

I hear carrying a bucket is a great way to burn off those post-holiday pounds.

Ahead of this week's Tokyo Game Show, SquareEnix is giving some dates for upcoming Switch remakes.

The first to be announced was for the remastered version of Final Fantasy Crystal... Read more...

And the wait for folders continues apace.

The Switch system software has updated and offers building blocks for new features.

Infrastructure was added for an alarm function and the ability to see and accept game invites from the user page on the console. The abilities to set alarms and invite friends will need to be added to software. The alarms, which can be accessed in the notification menu, will use LEDs on the Joy-Con controllers that have not been used in 2+ years.

Where 11 goes, the original trio are sure to follow.

The first three Dragon Quest games are coming to Switch with English text.

During the Japanese Nintendo Direct, it was announced that the first three Dragon Quest games would release in their eShop on September 27. A follow-up post from Square Enix's Asia branch confirmed that the trio would receive a physical release in southeast Asia before the end of the year, with Japanese/Chinese/English text support.

In before "Switch Fit Plus U".

Nintendo is promising "a new experience for the Switch" next week, which appears to be dipping back into the world of fitness.

A trailer uploaded to Nintendo's Youtube account today shows multiple people hooking Joy-Cons into various weight belts and a more solid, circular object. The trailer cuts to multiple cities around the world, ending in Kyoto, before finishing on an announcement of more details on the 12th.