They're well aware of the competition.

The goose will be loose three weeks from today.

Untitled Goose Game, the long awaited goose simulator from House House, will release on Switch on September 20. It will be a simultaneous worldwide release, with a regular price of US$19.99 or equivalent but a 25% launch discount.

House House have goosed up a new trailer for the game as well:

A world where everything is random.

The next project from the studio behind Night in the Woods is coming in a few short weeks.

Overland, the survival adventure where everything from the terrain to the party is random, has been announced for a September 19 release. Players are trying to get across the United States, but the road ahead is completely unknown.

That is an awful lot of platforming.

La Mulana 2 was announced for Switch around this time last year, and now we now it isn't coming alone.

Ahead of PAX West, NIS America have announced that they will be publishing both the original and 2 in one package in early 2020. They will be hosting a PAX panel tomorrow at 7 p.m. Eastern / 4 p.m. Pacific with the game's director Takumi Naramura, which will be streamed on the PAX2 Twitch channel.

UPDATED: Aladdin And The Lion King To Get Rerelease And Remaster In October Switch

Will Aladdin be good, or Genesis? 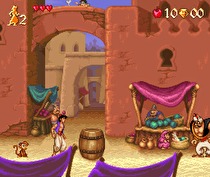 UPDATE: Nighthawk Interactive announced they will be publishing the game today, with development handled by Digital Eclipse (Mega Man Legacy Collection, SNK 40th Anniversary Collection). The collection will feature the Genesis, Super Nintendo, Game Boy, and Super Game Boy versions of The Lion King, but only the Genesis/GB/SGB versions of Aladdin as published by Virgin Interactive. The Capcom Aladdin SNES game will not be included.

Accessibility options are front and center: options will be added to independently set the intensity of screen flashes and screen shaking. King of Cards will also feature additional options for colorblind players. Shovel of Hope will be adding an option for gender-neutral pronouns (they/them) on top of the he/him and she/her setting.

They're teaming up with Bomb Chicken developers Nitrome for a procedurally generated game with hints of Mr. Driller and Dig Dug.

Shovel Knight Dig will be Yacht Club Games' next project after the base Shovel Knight concludes later this year.

The digging-focused platformer is a collaboration between the team and Nitrome, who released Bomb Chicken on Switch in 2018. Development started on Shovel Knight Dig last year and while no estimated release window is in sight, it will be playable at PAX West.

by Donald Theriault - 5:18 am EDT
Discuss in talkback! Source: Frozenbyte

Not quite settling it in Smash, but still an acceptable way of making tough decisions.

Trine developers Frozenbyte have gotten even more people involved in their newest game.

A largely team based fighting game, Boreal Blade offers a wide variety of combat options for weapons and armor as well as multiple game modes.

by Donald Theriault - 3:00 am EDT
Discuss in talkback! Source: Ellada

Chill out with the Norse on the last day of summer.

The developers of the Braveland trilogy will be bringing their next RPG to Switch in a few weeks.

Ellada have announced Niffelheim for console release including the Switch on September 20. The side scrolling RPG stars a slain viking warrior who has to obtain his soul from the land of Niffelheim in order to ascend to Valhalla.

So the Battle Network Legacy Collection will have... 20 games?

Nintendo announced today that their mobile entry to the Mario Kart franchise - Mario Kart Tour - will be available on September 25th. The news came from Nintendo’s official Twitter account, promising that more information would be available leading up to the game’s release. Alongside the release date, Nintendo also launched a Twitter account specifically for the game: @mariokarttourEN.

A now-hidden product listing on Amazon for an official Overwatch Nintendo Switch case has revved the rumor mill back to life. 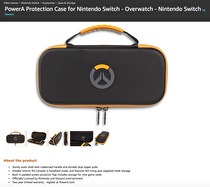 Could Blizzard Entertainment's popular Character-based Online Team Shooter be coming to Nintendo Switch? Rumors to that effect aren't new, but a recent product listing on Amazon from official Nintendo accessory manufacturer Power-A has forcefully brought such thoughts to the fore.

Before you ask: yes, you can pet the cat in Astral Chain. And the dog.

Why does this week have the whiff of a tire fire?

Well, there's a Bubsy game, something called Pantsu Hunter which Anime World Report revolted on, and a "Grand Brix Shooter" that I'm not sure why that typo was allowed to exist. Thankfully, Platinum is saving us (as usual) with Astral Chain... hopefully, the review will be up shortly as of press time. 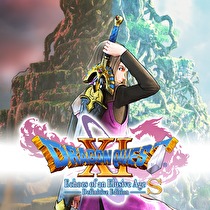 The original adventure of the Luminary now has a trial available.

A promised demo for Dragon Quest XI S Definitive Edition is now available on the eShop in all territories along with the digital preload for the September 27 release. Progression in the demo will carry through to the full game.

This November, you can go back to the 1964 Olympics as sprite-based Mario and Sonic characters.

10 classic 2D events will be packaged into Mario & Sonic at the Olympic Games Tokyo 2020 when it comes out on Switch on November 5 in North America and November 8 in Europe.

The 10 events (listed below) all hail from the 1964 Olympics, which were also held in Tokyo. The kicker is they are all presented in a 2D, retro aesthetic, complete with old sprites of Mario and Sonic characters.

Blade, Moon Knight, Punisher, and Morbius have come to play.

The first part of the paid season pass for Marvel Ultimate Alliance 3 will launch on September 30.

This pack, one of three, is titled Curse of the Vampire and features a series of difficult co-op missions in Gauntlet Mode, a new fast-paced Endurance mode, and new Infinity Rifts. The four new playable... Read more...

The next game from the studio behind Surgeon Simulator is a bit of a left turn.

Bossa Studios will be publishing The Bradwell Conspiracy this fall from development studio A Brave Plan. Set in a Stonehenge museum, the unnamed player has to escape the museum after an explosion with the help of a museum employee and 2026 technology including alternate reality glasses.

by Donald Theriault - 5:30 am EDT
Discuss in talkback! Source: Nintendo

Good thing we waited a day!

Next time, make it so they don't schedule Indie World the week after my vacation. But it's a good thing we held back because it let us get Superhot AND the Hotline Miami collection in here so this wasn't twenty thousand jokes about children's card games and the players thereof.

Then we talk to a wall.

September's RPG party will kick off a few days earlier than planned.

Square Enix have confirmed the release date for the remastered Final Fantasy VIII as September 3. The listing has not appeared in the eShop as of yet, but other system stores have a price of US$19.99/C$26.99.

The remastered FFVIII was announced as a part of Square's E3 presentation.

Also known as "a quarter of the way through Dragon Quest XI".

The adventures of Geralt will arrive in mid October.

The Witcher III: Complete Edition will release on Switch October 15. The announcement was made at the opening ceremony of the Gamescom show in Cologne, Germany.

The streets will be live on Switch.

Ahead of Gamescom, it has been confirmed that Streets of Rage 4 will release on Switch. There isn't a timetable for the game's release.

A new character will join the fight: Cherry Hunter, the daughter of Adam from the original trilogy and a guitar-playing brawler.