A welcome surprise for RPG fans.

This morning, Nintendo announced that the Obsidian developed sci-fi RPG, The Outer Worlds, will be ported to Switch following the release on other platforms.

The Outer Worlds was announced shortly after the acquisition of Obsidian Entertainment by Microsoft near the end of 2018. The port will be handled by Virtuos whose recent history with Switch includes both Starlink: Battle for Atlas and Dark Souls Remastered.

It's all about the details.

Heroes will be approaching later today.

Smash Bros Ultimate DLC pack 2 will be available today, featuring the heroes of the Dragon Quest series. Dragon Quests XI, III, IV, and VIII will be represented, with voice acting for the latter 3 for the first time ever.

by Donald Theriault - 6:01 am EDT
Discuss in talkback! Source: Rebellion

This one should be new to Nintendo players.

It's going to be a quick turnaround for the next Sniper Elite title on Switch.

Sniper Elite 3, a 2014 cross-generation release, will land on Switch October 1. The Switch version will include all of the original game's downloadable content, including World War II themed missions that involve protecting Winston Churchill and assassinating Adolf Hitler.

by Donald Theriault - 3:44 am EDT
Discuss in talkback! Source: Nintendo

We've got some unexpected news on the Captain Toad beat.

by Donald Theriault - 3:23 am EDT
Discuss in talkback! Source: Nintendo

Did saving all the energy for the end really help Nintendo?

At the close of the Japanese business day earlier today, Nintendo released their financial results for the first fiscal quarter of the 2019-20 fiscal year.

All monetary figures reported in yen, with comparisons to the US dollar based on a market rate of $1 = ¥108.571 provided for comparison only.

The week before Pokémon has now tripled in release intensity.

In separate announcements today, Disney Tsum Tsum Festival and New Super Lucky's Tale both were announced for release on November 8. They join the remaster of Layton's Mysterious Journey for Switch in releasing one week before Pokémon Sword and Shield.

T-2 weeks until the news editor can go HAM on Fire Emblem.

So what'd we get up to last week?

The 40s, and I'm not just talking about the temperature either. But who expected the entire classic Doom trilogy to drop? Anyway, a word of advice to the Mutant Year Zero devs: we understand you wanted to avoid Super Mario Maker 2, but you walked into the wake of Fire Emblem. Good luck.

We won't have long to wait for the launch date of Hero in Super Smash Bros Ultimate.

A video presentation will be airing on Tuesday at 9 a.m. Eastern time (6 a.m. Pacific). Hosted by Masahiro Sakurai, the presentation will focus on the moveset of "Hero" and will include the release date for the character.

This week was busy enough, but now it's gone to hell.

Listings haven't appeared in North America yet, but the annual QuakeCon (referred to as DoomCon this year due to Doom Eternal) is this weekend.

Will the change get locked in for the Lunatic difficulty update, or will they wait for the next round of DLC? UPDATED: Received statement from Nintendo of America

Following confessions of emotional and physical abuse, the voice of the male player character in Fire Emblem: Three Houses has been recast.

As discussed on last night's Nintendo News Report, Chris "Kirbopher" Niosi was originally cast as the voice of the male version of Byleth in Three Houses.... Read more...

Now you can make The Lost Levels instead of just the original Super Mario Bros.

A notice sent to the game tonight announced a new limit for level uploads of 64: this doubles the previous total of 32.

One more increase to the cap is planned for a future date; the magnitude of which has not been disclosed.

Nintendo reportedly is set to take action through free repairs without proof of warranty. 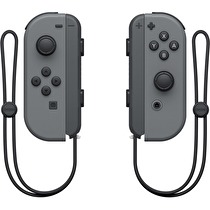 Nintendo is taking steps to solve the Nintendo Switch “Joy-Con drift” issue, according to internal documents.

The steps being taken, according to documents obtained by VICE Games, include instructing customer service to issue repairs for affected Joy-Cons “at no-charge”.

The Church In The Darkness Lights Up Switch August 2

Sometimes the Venn diagram of church and cult is a perfect circle.

The Church In The Darkness will be opening up on the Switch next week.

Fellow Traveler have announced the adventure game will release on Switch next Friday, day and date with other consoles and PC. Players will take the role of Vic, a retired police officer whose nephew is taken to a cult compound in South America.

Come join in on the long-running NWR tradition.

The Nintendo World Report forums will be holding its 81st Forum Mafia game.The sign up period for the game will go from now until August 10th, with the game starting August 12th. The theme of this game is based on The Elder Scrolls: Skyrim, which was recently featured on an episode of NWR’s The... Read more...

This week features a hard-hitting game of strategy and management. It also has a Fire Emblem game.

Boy, this week is right in your wheelhouse, isn't it?

About the only way they could clinch it was a Pokémon game. We've got the long anticipated Fire Emblem Three Houses, the long-awaited-by-me Super Mega Baseball 2, and as someone who listens to Before My Body Is Dry (aka the "Don't Lose Your... Read more...

Did order carry the days, or will chaos reign in Splatoon 3?

The final Splatoon 2 Splatfest is in the books, and nobody knows what will happen next.

Chaos scored a clean sweep, winning the final fest 3-0 over Team Order. The final percentages were:

No release date for the latest game from the folks who brought you Muse Dash.

The follow up to Muse Dash has been announced with a to-be-determined Switch release.

Roguelike Hero is an action title that takes inspiration from the comedy of Stephen Chow. Each area is a randomly generated movie set, and starting as an extra the goal is to become a star through increasingly bizarre actions.

If this was a Canadian chart, the world champion Toronto Raptors would have NBA 2k19 at #1.

In terms of American software chart dominance, June 2019 may be the best month the Switch has ever had.

All rankings based on dollar sales from June 2 - July 6, unless indicated.

For the sixth straight month, the Switch was the leading platform in the United States, and remains the only platform to be up year over year in the monthly comparison. Video game hardware collectively was down by a third compared to last June's report.

Colossus and Cyclops will be free updates, while Moon Knight and Punisher headline the paid Marvel Knights pack.

The highlight is that Colossus and Cyclops, two mainstays of the X-Men Legends and Marvel Ultimate Alliance games, will be coming as free DLC on August 30. Additionally, four... Read more...

We can scratch one of our Most Wanted Switch Ports off the list for 2019.

Super Mega Baseball 2, the hit arcade-style baseball simulation from Canadian developers Metalhead Software, will finally release on Switch next Thursday for US$29.99. The Switch version will include all of the DLC for the game that previously released on PlayStation 4, Xbox One, and PC.