To celebrate the release of Super Mario Maker 2, Nintendo World Report will be hosting the first edition of Maker Mailbag: a new series where we play YOUR levels and select winners in a number of categories. Your levels will be played by our panel of judges—some of whom will be on stream at Nintendo World Report’s Twitch channel—and four winners will be able to choose one item from our list of prizes!

You can finally listen to FFIX the music in full soon.

A bug that caused problems with Final Fantasy IX’s background music will soon be fixed in a patch.

In a tweet released today, the official Final Fantasy Twitter account has addressed the problem and have patched the PlayStation 4 version of the game. This fixes the problem of music restarting whenever you exit a battle or a Tetra Master match, which was not in the original release.

Coming from a Street Fighter pedigree, this fighting game seeks to balance the hardcore and newbies.

Headed up by Super Street Fighter II Turbo HD Remix lead David Sirlin, this 1-on-1 fighting game aims to be both a nuanced, deep, and hardcore experience while still being approachable for newcomers. The controls are designed to be simple compared the Street Fighters of the world, with the goal to emphasize strategy over button combos.

We're just a couple of months out from 3v3 phone Pokémon action.

The Pokémon Company have released a new trailer and some details about the upcoming Pokémon Masters game.

Masters will be set on the artificial island of Pasio, and will see trainers from all of the main Pokémon games form Sync Pairs with a single trademark Pokémon. Teams of three Pairs will... Read more...

Another mind-boggingly popular building game is coming to the Switch today.

Terraria, the 2D sandbox miner originally released on PC in early 2011, will release on the Switch today. This follows releases on 3DS in 2015 and Wii U in June 2016 for Nintendo systems.

Not all pricing information is available for the game, but it will be US$29.99 to start.

A tournament for all JoyCon Boyz 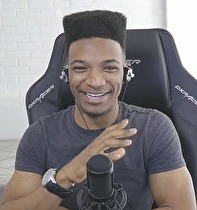 Yesterday, the NYPD shared the tragic news that Desmond Amofah, better known by his screen name Etika, had died. Friends, family, and fans from all corners of the internet reacted with shock and sadness, and many have honored his memory with charity streams, discussions on mental health, and a petition... Read more...

by Donald Theriault - 10:31 am EDT
Discuss in talkback! Source: eShop

At the very least, it'll be out there next week.

A critically acclaimed adventure title will make its Switch debut next week, at least in Japan.

A listing for What Remains of Edith Finch has appeared on the Japanese eShop, giving a July 4 release date and a price of ¥2200. Assuming this holds and is a worldwide release, it would be roughly US$19.99.

by Donald Theriault - 10:29 am EDT
Discuss in talkback! Source: Sega

After twenty thousand Metroidvanias, it's time for an ActRaiser.

Following last month's Rock of Ages 2, Sega and ACE Team are teaming up again for a combination action game and simulation.

Today's launch of Bloodstained: Ritual of the Night for Switch has been marred with reports of technical issues, and the game's publisher has issued a statement in response.

505 Games's statement is produced below:

Hey, everyone. We have been listening to the feedback regarding Switch performance.... Read more...

8 different bundles to choose from to help bring Super Mario Maker into the real world. 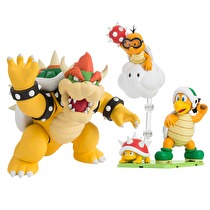 Collectable Toy company Bluefin has announced (in conjunction with the release of Super Mario Maker 2) a plethora of Mario Maker Bundles from Bandai Tamashii Nations. These feature many of the classic Mario characters, enemies and level pieces that can be used to literally make Mario levels in real life.

Sparklite Getting the Signature Edition Treatment

by Perry Burkum - 6:57 am EDT
Discuss in talkback! Source: PR

This one comes with a cute little figurine. 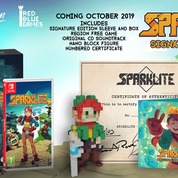 It was announced that the upcoming roguelite-brawler "Sparklite" will be getting a Signature Edition as well as the standard Merge Games release.

This one includes a region free copy of Sparklite, Signature Edition Sleeve and Box, Original CD Soundtrack, a numbered certificate and a Nano Block figure (a change from the usual enamel pins).

by Donald Theriault - 6:00 am EDT
Discuss in talkback! Source: Team17

Prepare to have your own kitchen nightmares.

Team17 will be cooking up a kitchen design sim next month.

Automachef, the previously announced kitchen design game, has nailed down a release date of July 23. It was originally tagged for a summer release.

A new trailer (below) has been released that shows the aesthetic of the game and introduces the assistant Robert Person; no relation to the one-time Major League Baseball pitcher is intended.

by Donald Theriault - 6:00 am EDT
Discuss in talkback! Source: PixelNauts

How to fly through space without really trying.

July 16 will see a tale of space dodging hit the Switch.

If the Rogue Corps isn't doing it for you, get back to basics.

One of the games announced for physical release in the Limited Run E3 event now has a digital release date.

Blazing Chrome, from The Arcade Crew, will bring run and gun madness to the Switch on July 11. Both horizontal and third person shooting is on display in a new trailer:

Yes, we ARE calling someone out for a Retroactive, why do you ask?

Thanks for leaving me in the place summer forgot.

Don't worry, we won't have to take that vacation in June next year. Anyway, the big release is of course Super Mario Maker 2 as the first of two separate four games in five week stretches we have between now and the end of calendar Q3.

You are *smooth*. What else we got?

How is Nintendo looking going into Mario Maker 2 week?

The NPD Group's May survey is light on the new releases, but the Switch continues to roll on.

All rankings and figures are based on revenue unless noted, for the period of May 5 - June 1.

The May hardware race saw the Switch lead for the sixth consecutive month, and once again be the only system to show growth over the May 2018 period. Hardware was down 20% overall from last year, despite the Switch's growth.

This Could Be the Nintendo Switch Mini Rumor

Surprise, surprise: It looks like a Nintendo Switch but... smaller. And with a D-pad.

A Chinese company has posted a series of accessories on their webpage that appear to be for the unannounced Nintendo Switch Mini.

Twitter user @Cptn_Alex posted the following tweet Tuesday morning, which says that he received an email from a company claiming to sell Nintendo Switch Mini accessories, including carrying cases and screen protectors.

The seasoned Zelda remake team returns to the series after Ever Oasis.

Developer Grezzo is working on The Legend of Zelda: Link's Awakening on Switch, according to Nintendo's Eiji Aonuma in an interview with Kotaku at E3 2019.

Grezzo has years of experience with the Zelda series, having brought Ocarina of Time and Majora's Mask to 3DS. They also assisted with Tri Force Heroes. Their more recent projects were the 2017 3DS game Ever Oasis and the 2018 portable port of Luigi's Mansion.

Classic SEGA Arcade Games Will Not Be In Shenmue 3

The creator of Shenmue, Yu Suzuki, confirmed that his old creations like Out Run & Space Harrier will not appear in the upcoming sequel.

During an interview with NWR at E3 2019, the acclaimed game designer Yu Suzuki explained that unfortunately his classic arcade games would not be playable in Shenmue 3.

As the head of SEGA's AM2 division, Yu Suzuki designed arcade hits one after another during the 1980s and 1990s. Games like Virtua... Read more...

No Amiibo Support, Labo VR, or DLC for Luigi's Mansion 3