Square Enix appears to be bringing over some sort of Secret of Mana collection to the West.

Square Enix is applying for the trademark for the game name Collection of Mana according to a recent filing with the EUIPO (European Union Intellectual Property Office).

It is unknown exactly what this collection could be, but back in 2017, Square Enix released the Seiken Densetsu Collection for... Read more...

Cadence of Hyrule has hope for a spring launch yet.

Cadence of Hyrule, the rhythm game made jointly between Nintendo, Spike Chunsoft, and Crypt of the Necrodancer developer Brace Yourself Games, is changing its previous spring release window to the specifically the month of June, as per a recent Japanese Nintendo indie video.

The intense rhythm game will add some Jake Kaufman tunes in the future Just Shovels and Knights update.

Just Shapes and Beats will be the next indie game to feature Shovel Knight when the Just Shovels and Knights update comes in the near future.

And of course, the dreaded stability.

A new update has added a couple of oddball features to Super Smash Bros Ultimate.

The version 3.1.0 update, available now, has added support for the Labo VR goggles. Similar to modes in Breath of the Wild and Super Mario Odyssey, the support for the VR is single player only: either watching 4 CPUs or doing 1v1 CPU battles.

Konami has revealed the full list of games for the upcoming Contra Anniversary Collection, and it's full of variations.

The collection was revealed to IGN this week, with the following included in the US$19.99 collection: 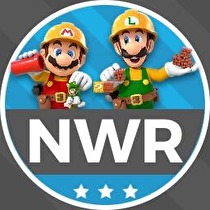 Starting June 1st, 2019 we will be officially rebooting our Patreon's Tiers and Goals to help deliver what our listeners and readers want: more podcasts. We want to make it as easy as possible to support us and get exclusive content, so for only $1 anyone can become a Supporter and get access to all of our current and future Patreon Exclusive Podcasts.

Diantha is definitely a five-star unit.

Two of Nintendo's partners have gathered for a new take on Pokémon Battling.

Pokémon Masters is a new mobile game developed by Nintendo's first mobile partner, DeNA. More details about the game will be revealed next month, but it was revealed that the game will feature protagonists, Gym Leaders, and champions from all of the prior Pokémon video games.

Funny how Rest is a universal TM.

After a long day of Pokémon Go, the next step is Pokémon Sleep.

Pokémon Sleep is a new game app developed by Select Button, who previously released Magikarp Jump. Full details about the app and how it will use sleep to affect play were not disclosed, but the game is slated to release next year.

Everything will come together in one spot. Eventually. 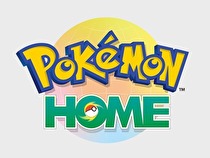 Pokémon Bank won't be coming to Switch directly, but an even bigger place will be.

The Pokémon Company has announced that Pokémon Home will be available in early 2020. Home will utilize Pokémon Bank on 3DS, as well as connecting to Pokémon Go, the Let's Go games, and Sword and Shield when it launches.

No release date or details detected.

Detective Pikachu is about to break out of the 3DS.

The sequel to the 2018 3DS game was announced for Switch tonight at the Pokémon Company strategy meeting. No release date was given, but the game will feature a "different ending" than the recent Hollywood movie. 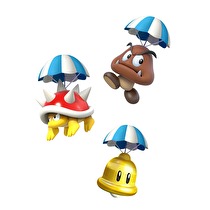 Want to play with friends? They better be at your house.

The addition of online multiplayer in Super Mario Maker 2 comes with a major caveat according to a Nintendo Treehouse representative at a press event last week: you can only play with random players online, whether you’re seeking out co-op or competitive play. The only way to play multiplayer specifically with friends is through one system or local wireless play.

One has Sword and Shield, the other...? 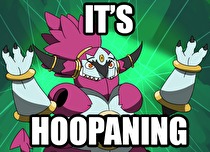 The Pokémon Company will be busy in the run-up to E3.

A Pokémon Direct has been announced for June 5, at 9 a.m. Eastern time / 6 a.m. Pacific. The Direct will be approximately 15 minutes long and focus on Sword and Shield.

Save us, Virtua Racing... I can't believe I'm saying this.

This is getting off to a busy start this week.

There's already more stuff confirmed for this week than came out last week, even before we consider there's an archives title still to be announced. As far as what to watch for, Devolver's innovating in Catroidvania with Gato Roboto, the black and... Read more...

The Switch is now absorbing PSP games, and I say the sky's the limit.

After nearly a quarter century, Nintendo system owners outside Japan will finally get to experience a late Super Famicom RPG.

Star Ocean: First Departure R has been announced for worldwide release on Switch today. No release window or distribution methods have been announced.

The savings from one can pay for the other... in a fashion.

Dragon Quest Builders 2 had DLC in Japan, and it will be coming to the West quickly.

In addition to confirming July 12 for the sequel to last February's building game, Nintendo has announced the release plan for add-on content. A free Knickknack Pack will release on July 26 with three recipes,... Read more...

Attention duelists: you're going to have a busy end of the summer. 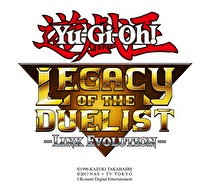 Late summer is a time to d-d-d-duel, according to Konami.

Yu-Gi-Oh Legacy of the Duelist: Link Evolution has drawn the August 20 release card for Switch. The game's retail release will include three limited edition cards: a spell card and two monster cards.

Brothers: A Tale Of Two Sons Comes To Switch May 28 Switch

Next week will see a critically acclaimed adventure title hit the Switch, with some unexpected co-op play.

Did Mortal Kombat pull off a chart fatality, or did a Final Fantasy come true in April?

April's sales survey from the NPD Group for the United States shows a bit of history in the software department.

All rankings based on dollars unless indicated, for the period of April 7 - May 4.

Hardware saw the Switch win for the fifth straight month, and once again be the only platform to... Read more...

Legislation has struck down two of Nintendo's mobile projects in Belgium and put others on hold.

Announcements were sent to affected players of Fire Emblem Heroes and Animal Crossing: Pocket Camp this morning announcing that service for the games would end on August 27. Belgium law introduced in the wake of the initial release of Star Wars: Battlefront II (2017) was cited in the decision.

Switch Get Over Here Jan 13