There's a Yo-kai that causes choking, I think it's named Luger.

The adventures of the Yo-kai in the USA are finally headed there.

Nintendo has announced they will publish Yo-kai Watch 3 for the 3DS outside Japan. North America's release date has been confirmed as February 8, while Europe will receive the game in "winter". The Japanese release featured three versions named Sushi, Tempura, and Sukiyaki; western names have not been disclosed.

The wackiest relay race ever.

The alien jogging team known as the Joggernauts will be trotting into the Switch in a couple of weeks.

The co-op stage-based jogging game will release on October 11, for US$14.99. Previously, the game was set for a summer release.

Joggernauts involves swapping the color-coded leader of the team based on the obstacles ahead in order to complete the courses.

A recent addition to Pokémon Go appears to be the first Pokémon ever unveiled in the game.

During special events this past weekend, an unidentified Pokémon appeared that would actually be revealed as a Ditto if captured. The Pokémon Company has released a video containing a conversation with Professors Oak and Willow confirming its name as Meltan.

by Donald Theriault - 5:55 am EDT
Discuss in talkback! Source: Nintendo

And some Travis Touchdown news.

The remastered version of Mark of the Ninja is but a couple of weeks away.

Klei Entertainment's action stealth title will release on Switch on October 9. The Switch version will contain an additional level as well as developer commentary and a new player character.

In the same note, it was announced... Read more...

Head on down to the eShop and have yourself a bankruptcy.

If you hear a giant sucking sound this week, fear not; it's just the week's releases - 26 as of press time just for NA, with at least two more coming - taking all of your money. The bigguns are Valkyria Chronicles 4 - I reviewed it a couple of weeks ago, so you may have forgotten - EVO superstar and... Read more...

Hamster has unveiled a massive group of games for the Arcade Archives that could stretch for up to three months.

In a presentation timed for the end of this year's Tokyo Game Show, the following games were announced for release on Switch in the next few months for the Neo-Geo portion of the service: Bust-a-Move (Puzzle Bobble) 1/2, The King of Fighters 2001, Zupapa, 3 Count Bout, Pleasure Goal, Savage Reign, and Strikers 1945+.

Exhausting all of the opportunities for appeal. 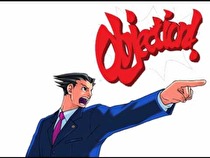 Phoenix Wright has been remanded to the Switch.

Capcom has announced the release of the Phoenix Wright: Ace Attorney Trilogy on Switch at the Tokyo Game Show. Releasing in 2019 on Switch and other platforms, the release is an enhanced version of the 2014 3DS ports.

No pricing information was detailed.

Telltale Games Lays Off More Than 90% Of Staff Switch

The Switch ports of the second season of Batman and three Walking Dead seasons are likely caught in the crossfire.

A massive round of layoffs has occurred at one of the industry's most prominent developers, leaving behind a skeleton crew.

Reports emerged earlier today of layoffs at Telltale Games, reducing a studio with more than 300 employees to a crew of 25. It appears the nearly 300 employees affected will... Read more...

Two rounds of racing in one week. 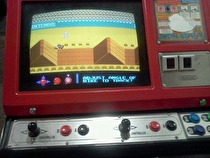 Another of Nintendo's arcade games is coming to Switch, in its second release this week alone.

A listing for Arcade Archives Excitebike is now live on the Japanese eShop for ¥823, and is confirmed for launch in the rest of the world tomorrow for $7.99/€6.99/£6.29. This follows on the heels of the launch of the NES version with Nintendo Switch Online this past Tuesday.

A league that actually admits the players are on paranormal enhancing drugs.

The Switch will be ready for some football next month.

Mutant Football League will take the field on October 30 with a "Dynasty Edition". The digital release date may differ slightly.

The Antisocial Gamers Of North America would like to know why a game best played offline has a network test.

Prepare to die this weekend as the Dark Souls Remastered network test will be running.

The North American eShop has updated to include the client for the test, which will begin at 8 p.m. Eastern time on Friday. There will be three sessions for the test on Friday, Saturday, and Sunday; each session will be four hours long.

Not to be confused with another set of releases that starts... Thursday.

Sega is releasing a selection of their classic titles on Switch this winter.

A Switch version of the Sega Genesis Classics collection will release worldwide this winter, containing more than 50 games with rewind functions, Joy-Con co-op, and online multiplayer where applicable.

I saw a man do a Fortnite dance on a panel show once and I wanted to gouge my eyes out.

The first third-party game to get a formal Switch bundle is pretty much the expected one.

A Fortnite Switch bundle has been announced for release on October 5 - the same day as Super Mario Party. In addition to a preloaded copy of the game, the bundle will include 1000 V-Bucks and an exclusive set of gear.

It was quiet for Nintendo, but Capcom had a banger of a five days.

The monthly survey of US game sales produced some good results for Nintendo in August.

Switch was the best selling hardware of August by unit sales, and just missed taking the revenue crown from the PlayStation 4 as well. No exact figures were provided by the NPD Group, but the Switch was up over last August (which featured the release of Mario + Rabbids: Kingdom Battle).

The eShop maintenance is over, and now the games begin. 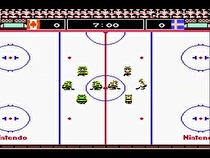 The free trial can be claimed on the console, which automatically starts a 1 month membership that can be immediately cancelled. The special NES Joy-Cons can now be ordered on the Special Offers page.

Better hope you don't get matched with a McEnroe

An update to Mario Tennis Aces is going to add the ability to trash-talk your opponent.

The 2.0 update, due to drop Wednesday, will support the smack talk if the Nintendo Switch Online app is active. From the patch notes: "If the application is running on your device when you enter an online match, you will automatically receive a prompt on your smartphone asking if you would like to join a voice chat with your opponent."

Enjoy Pro Wrestling while you got it, folks. 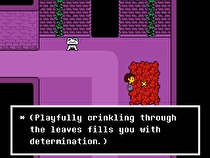 In this last full week of free online play for all, there's already an overfull lineup of Switch games. The big ones this week are Labyrinth of Refrain: Coven of Dusk and Undertale for two entirely different takes on the RPG (and in Undertale's case, the greatest set of trophies PlayStation will ever have). Though if you need a break from map making and determination the Capcom Beat-Em-Up Bundle will provide a quick burst of pounding.

Do you believe in magic?

The multiplayer action of Tricky Towers is en route to the Switch next month.

Developer WeirdBeard has confirmed the multiplayer-focused tower builder will release on the Switch on October 11. The game can be preloaded beginning today.

Up to four players can play Tricky Towers locally or online, which has a dual focus on building a tower and attacking the opponent's. Leaderboard support will also be included.

Disclaimer: We are NOT making this up.

The Japanese version of today's Nintendo Direct revealed that one of the biggest games of the year is coming to Switch... in a fashion.

Similar to the previous release of Resident Evil 7, a "Cloud Edition" of Assassin's Creed: Origins will be releasing for Japanese Switch systems on October 5. Ubisoft has confirmed no plans to bring this version of the game out for the West.

It'll be easier than ever to squad up and support Marina.

Upcoming updates for Splatoon 2 and Mario Tennis Aces have been revealed.

The Splatoon 2 4.0 update will launch tonight, and will add new gear and weapons. Additionally, Splatfests will now feature easier teaming with friends, and bonuses will be available for consistently performing teams. A Pro Mode will also be available, and random battles will allow for 10x or even 100x modes.