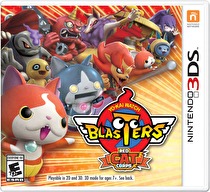 The Yo-Kai Watch Busters side series is finally coming west.

Nintendo have announced that the 2015 3DS action titles will be released in both North America and Europe on September 7. The series has been renamed Yo-Kai Watch Blasters, and the two versions will be the Red Cat Corps and the White Dog Squad versions.

by Donald Theriault - 6:06 am EDT
Discuss in talkback! Source: Nintendo

Spot the most cathartic game of the week and win a No-Prize (tm).

Sometimes, you just need to unload on Nazis to feel alive. That's the big one this week, as Wolfenstein II: The New Colossus lands on Switch thanks to the geniuses at Panic Button and with the help of Bethesda. But it's a big week for the card set, as there's five (or six, in Europe) retail games.... Read more...

Daemon x Machina with the Robot Kit? SHUT UP AND TAKE MY MONEY.

Nintendo has begun to roll out support for Labo in other first party titles, starting with Mario Kart 8 Deluxe.

A software update for MK8D is now available that adds support for the Toy-Con Motorbike, a part of the Variety Kit. Turning the handlebars changes direction, while twisting the right handlebar accelerates. The accessible buttons on the controller handle items and other functions.

Let's get ready to rumble... portably.

Pocket Rumble had to undergo some additional training, but it'll be ready to fight in a couple of weeks.

The tribute to NeoGeo Pocket Color fighting games has secured a July 5 release date for both North America and Europe, with Japan to follow at an unannounced date.

Developed by a two-man team at Cardboard Robot Games, Pocket Rumble was originally featured in a Nindies Showcase video prior to Switch launch.

Dragon Ball FighterZ Take To The Ring On September 28 Switch

Or roughly one DBZ anime fight from now.

Dragon Ball FighterZ will be coming early in the fall, with some bonuses.

The anime fighter will release on Switch on September 28. Preordering the game will earn two bonuses due to the later release:

by Donald Theriault - 6:04 am EDT
Discuss in talkback! Source: Nintendo

"And on to centre court steps the lolloping frame of Luigi Mario."

A surprisingly volatile week in the retail sector sees two bigger titles hitting the court in the form of Mario Tennis Aces and The Lost Child. However, don't sleep on the third retail title; Musynx, the follow-up title to Superbeat Xonic from the same developer. The biggest indie download this week is Pode, which you might recall from the Nindies Direct a few months back.

Due to pre-emptions, Numberwang aired early in the morning this month.

May's US sales results see a strong software month and explainable hardware growth for the Switch.

In the hardware front, the top earning single version of hardware was the Neon JoyCon Switch for the third consecutive month, both in units and revenue. The Switch trailed the PlayStation 4 in total system sales across all units. The Switch did outsell May 2017, but it was coming out of a hardware constraint at that point.

by Donald Theriault - 11:45 am EDT
Discuss in talkback! Source: Nintendo

Time to find out if you're ready for adventure.

July 13th's other release has also picked up a demo, at least in Europe and Japan.

A demo for Captain Toad: Treasure Tracker can now be downloaded on the eShops in both Europe and Japan for the puzzling port. The demo can be picked up for both the Switch and 3DS ports. No timeframe has been given for release of the demos in North America.

Limbo, Inside To Spook Switch Next Week Switch

by Donald Theriault - 11:32 am EDT
Discuss in talkback! Source: Playdead

A couple of familiar titles.

Two of the most critically acclaimed independent titles of the decade will make their Nintendo debuts next week.

Limbo and Inside, the two game duology of Danish developer PlayDead, will be hitting the Switch next week. Following an announcement in Famitsu that the games would release in Japan, PlayDead confirmed the games for a worldwide release.

by Donald Theriault - 9:32 am EDT
Discuss in talkback! Source: Sega

I too like to name my dogs after the battle that ends the world.

Sega has confirmed the release date and plans for Valkyria Chronicles 4.

The strategy sequel will release in stores and on the eShop on September 25. Launch editions will come with a controller skin featuring art of team dog Ragnarok. The special edition (US$99.99/C$129.99) will include a 100-page artbook, a replica statue of the tank Hafen, and a download code for missions starring characters from the original game.

by Donald Theriault - 8:35 am EDT
Discuss in talkback! Source: Level Up Labs

No release date for it yet.

A new twist on the strategy RPG is coming to Switch.

Defender's Quest: Valley of the Forgotten is a tactical RPG that uses a battle system similar to tower defense, but with individual characters in place of the towers. The speed of movement in battle can be adjusted, or commands issued while paused.

Pokémon Go to Get Trading, Friends this Week

Shoot me your Trainer Code.

Pokemon Go’s new Friends feature, which enables the trading of Pokemon and items, will start rolling out this week, Niantic announced today.

Trainers over level 10 can trade with friends within 100 meters. Trades require stardust and may produce extra candy based on the distance between where the Pokemon were caught. Trading and battling in gyms or raids together will contribute to a Friendship Level that grants bonuses.

Super Mario Party has added a new mode that will bring the series online for the first time.

The new Mariothon mode will allow up to four players to compete in sets of five minigames, either locally or online with friends or random players. There will be leaderboards and other rewards for participating in the online modes as well.

There was one copy left in North America before now. 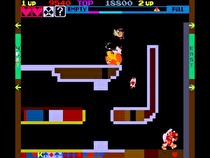 The arcade version of Donkey Kong isn't the only lost arcade title coming back. 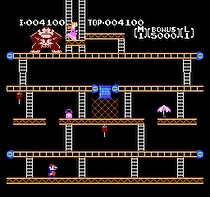 UPDATE: Nintendo of America has confirmed the release on Treehouse Live, available now. NA pricing will be $7.99/$9.87, and they have claimed it is the first re-release of the arcade version since 1981. Original story follows.

A rare version of the first big hit game for Nintendo is coming to Switch tomorrow.

by Donald Theriault - 6:03 am EDT
Discuss in talkback! Source: Nintendo

Since two million of you downloaded Fortnite, know that there are other releases this week.

Despite all logic, there are a bunch of games coming out this week despite the Fortnite-shaped crater in the room. In the E3 shadowdrop department there's Fallout Shelter, Hollow Knight, and the prologue for Octopath Traveler/Splatoon 2 Octo Expansion. There's also Paladins releasing if you're into the hero shooter.

The classic Mario outfit isn't your only reason to hop on.

The character roster will be expanding monthly in Mario Tennis Aces.

Treehouse Live revealed that at least two characters - Koopa Troopa and Blooper - will be made available in free updates. Koopa Troopa will land on August 1, and Blooper will follow on September 1.

There will also be additional online tournaments in July and August in which high scorers can earn early access to the characters.

That's all in less than 24 hours of availability.

There goes another hundred hours!

After Disgaea 5 Complete last year, the next game in the series will return to its roots on Switch.

Disgaea 1 Complete is a remastered version of the 2003 PlayStation 2 RPG, which was also used as the basis for the Disgaea DS game. The remaster will launch on Switch October 9 in North America, and 12 October for Europe.

The point-and-click adventure classics are due "in the coming months."

Last night Double Fine Productions announced that it is bringing LucasArt's classic 1998 point-and-click adventure title Grim Fandango to the Nintendo Switch last night. The game maker also committed to a Switch release of the 2014/2015 crowdfunded Broken Age, a modern day return to the point-and-click genre. Neither game has an exact release date, only promised "in the coming months."