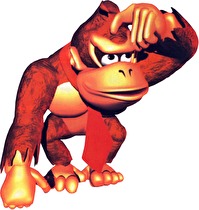 In a mysterious and unannounced move, Donkey Kong Country: Tropical Freeze has been removed from the Wii U eShop. Whether accessing the eShop through the Wii U system or through Nintendo's own website, the option to purchase the title digitally has been removed.

For digital owners of the game,... Read more...

And yes, there's an option to include minnows like Canada and the United States.

The 2018 World Cup will kick off on Switch in just under a month.

A free update to FIFA 18 will release on May 29 to add support for the latest edition of the quadrennial soccer tournament. The national teams will be updated to reflect their World Cup rosters, and new stadium and ball options will also be added.

But not on a worldwide basis to begin. 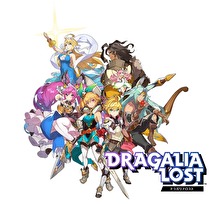 Nintendo is entering into a new partnership for its mobile efforts.

The new partner is Cygames, an Asian-focused developer who is best known for the mobile hit Granblue Fantasy. Nintendo has acquired a 5% stake in Cygames's parent company, to go along with their 10% holding of DeNA.

Nintendo Switch Online Details To Come In Early May Mobi

It won't be a very Direct unveiling.

Details about the Nintendo Switch Online service will be hitting very soon.

As part of a shareholder presentation today to coincide with the release of their annual earnings, outgoing Nintendo president Tatsumi Kimishima reconfirmed that the service would have a September launch, and details would be made available in "early May".

It's gonna be a bumpy ride.

Nintendo has outlined their plans for this year's E3, and they are similar to the show in 2017.

The big events will be the video presentation which is slated for Tuesday, June 12 at 9 a.m. Pacific time (noon Eastern). The presentation will focus on Switch games releasing in 2018. Following the presentation Treehouse Live will return for three days of demos, leading off with the Switch Super Smash Bros game.

by Donald Theriault - 10:22 am EDT
Discuss in talkback! Source: Nintendo

The prize will involve a pizza with pepperoni and hot fudge.

Squids and kids are about to do battle for the honor of turtles.

Nintendo of America, in association with Nickelodeon's upcoming animated series Rise of the Teenage Mutant Ninja Turtles, has organized a Splatfest tournament to determine the best of the four titular half-shelled heroes. Balloting opens tomorrow in game, with the matches organized as follows:

Pool on the farm? It's true.

A new trailer for Pool Panic reveals a grip of odd locations for breaking.

The new trailer shows off what promises to be over a hundred environments for the action to take place, including lollipop forests, seedy bars, and even a wheat farm.

I could post this in two parts and we still wouldn't have enough to fill in all of the related games.

28 games in five days. 27 of them on the Switch. To quote Carmine, "great googly moogly".

Where to begin, then? We have South Park, for those who like terrible puns. For those who wish to skirt the law, there's Gal*Gun 2. The Switch gets its first KORG synthesizer, which normally retails for $150... Read more...

All to take effect in June. 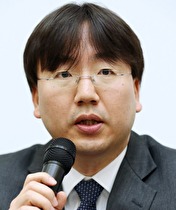 Some changes are coming to Nintendo at the top starting at the annual shareholder's meeting in June.

Tatsumi Kimishima, who served as the president of the company for two years following the passing of Satoru Iwata, is stepping aside in June. The 68 year old Kimishima will serve as an advisor to the new president, 46 year old Shuntaro Furukawa.

How close is the Switch to passing the Gamecube, and have "Nintendo-like profits" returned?

At the close of business today in Japan, Nintendo held a press conference to announce their financial results for fiscal 2017, which ended on March 31.

All monetary results quoted below are in yen, with a dollar figure based on current market rates in US$ ($1 = ¥109.26 at press time) for comparison.

As the Switch enters its second year of sales tracking for the US, it's still putting up big numbers.

Although hardware spending was down year-over-year due to not being the launch of a platform, the Switch is still performing strongly in March. The red/blue Joycon Switch bundle was the best selling... Read more...

Take out Nazis IN AMERICA

Wolfenstein II is enlisting on the Switch at the end of June.

The critically acclaimed first person shooter will release on June 29. Panic Button, the specialist studio who worked on Bethesda's port of Doom (2016) have been officially confirmed as handling Wolfenstein II as well.

The motion control options that were added to Doom post-launch will be on the shipping game for Wolfenstein II.

For the truly hardcore among us.

Splatoon 2 is getting a bit more fresh tonight.

The 3.0 update will include the new Rank X, which will be granted to anyone who has reached S+10 following the update. X players will battle for X Power points, with top rankings in each Ranked mode being highlighted in Splatnet 2 and relegation to S+9 happening on the last day of the month beginning May 31.

At least for now, it's business as usual.

The developers of Firewatch now have a new home.

Originally reported by Kotaku, Campo Santo have confirmed that they have sold the company to Steam administrators Valve. Specific financial terms have not been disclosed, and although Campo Santo will relocate to Seattle from their current San Francisco home the team will remain together rather than being absorbed by Valve.

One of the most infamous games in history is coming to a Nintendo platform after more than a quarter century.

Night Trap, the Sega CD full motion video game, has been tabbed for a Switch release "soon". A physical version has been announced for release by Limited Run Games according to the latest issue of Nintendo Force magazine.

Yoku's Island Express Launches At End Of May Switch

The cross of pinball and platformer is finally on the way.

Yoku's Island Express is about to take off.

A new developer diary is also available as of today:

And ducking the busiest week of the year to date in the process.

Runbow for Switch is slowing down a bit to get more polish.

Originally slated to release Tuesday (April 24), the game will be delayed for "a matter of weeks" according to physical publisher Headup Games. Both the retail and eShop versions will be affected, as well as a planned PlayStation 4 version.

by Donald Theriault - 6:05 am EDT
Discuss in talkback! Source: Nintendo

Today's release schedule is a bit of an oddity, as there's... not a whole lot. Whether this is due to Labo or not is up for debate, but there's already *23* Switch games confirmed for next week. Still, we'll take the breather while it's there. The non-cardboard big ones are Wild Guns Reloaded from... Read more...

For the superfans, you can get both in one box.

The promised physical releases of Flinthook and Mercenary Kings: Reloaded will be available early next week.

Limited Run Games, who is handling the distribution, will put both games up for open preorder on Monday (April 23) at 10 a.m. Eastern time. The preorders will be open for two weeks.

NBA Playgrounds 2 Tipping Off In 2018 Switch

Maybe Kahwi will show up for the games.

The Switch is going to hoop it up around the world in 2018.

Saber Interactive has announced NBA Playgrounds 2 will release this year. New to the 2-on-2 basketball game for 2018 are online ranked leagues for solo and co-op play, new courts, and a full season mode.

More than 200 past and present NBA stars will be playable.