We're raising money for the children! 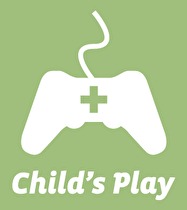 Thanks everyone for making this another great year for our Charity Live Stream! We tried a lot of new things this year and would love to hear any feedback you have! The full show recording and bonus segments are coming soon!

It's time for Nintendo World Report's Charity Live Stream, where we talk about Nintendo for half a day while raising money for the kids.

by Donald Theriault - 5:10 am EST
Discuss in talkback! Source: Nintendo

The lightest release schedule of 2019, no doubt.

Recovered from all the sales yet?

Well, a bunch of them fly off this week, so there's that. But we're actually getting a bit of a new game reprieve this week, with just sixteen games for NA. Fitness Boxing is the big one, but we're also getting another in the Switch's burgeoning cat game genre.

So you had to bow out of the Feats of Strength due to injury, and aired the wrong grievance. And you have to work today. Your holiday is banging.

Anything new and interesting this week, or is everyone too busy putting their games on sale?

Seems like everything is coming out either... Read more...

by Donald Theriault - 6:00 am EST
Discuss in talkback! Source: VIM

Four in all, and most of them usually work faster than a jog.

Indie title Joggernauts is the latest to bring the crossover love.

The update, available shortly, will add four new characters from other indie games into the jogging showcase. Cowpokes from West of Loathing, CommanderVideo from the Bit.Trip Runner series, and Hue and Val from Runbow will all be taking to the intergalactic roads. 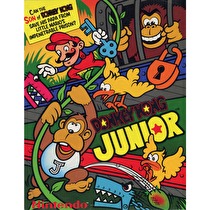 Europe might open the door to a new ability on the eShop.

Nintendo's eShop policies are under legal fire in Europe.

A case originally brought forward by the Norwegian Consumer Council has been brought to Nintendo of Europe's headquarters in Germany by the Verbraucherzentrale Bundesverband (Federation of German Consumer Organizations). At issue is Nintendo's preloading policy, which states that all purchases are final with no ability to obtain a refund if the user changes their mind.

The question is, would Let's Go have ranked higher if combined?

Nintendo already announced big numbers for the Switch today, and the NPD survey is backing them up.

All sales data quoted is for the United States, from November 4 - December 1.

Of the 8.7 million Switches sold in the US through December 1, more than 1.3m of them were sold in November alone.... Read more...

The fastest selling system in US history only had one and a half holiday seasons.

The Switch is continuing to smash records.

Nintendo have confirmed life-to-date sales for the Switch in the United States alone are at 8.7 million units through November. This is the fastest sales for any console released in the last six years, with December sales still to come.

New exposure to the twin curses of Marvel and manga.

The Switch has a new subscription service available.

InkyPen, the digital comic reader, is now available for the Switch. The app is free to download but carries a subscription fee of $7.99 US, €7.99, or equivalent.

The service is mainly focused on Western comics, though a small selection of manga is also available.

For us, it's the beginning of a break. For JAPAN...

OK, we've got to be slowing down, right? Or are we looking at another week of six shadowdrops before lunch on Thursday?

Well, there's nothing retail for North America, but Europe is getting Fitness Boxing as an early Christmas gift. Sundered's hitting Thursday, and we can finally stop making Jeopardy... Read more...

That's gonna be a busy week for platformers.

13AM Games's upcoming interdimensional platformer will be here early in the new year.

Double Cross will release on Switch January 10, for US$19.99. The first new title from 13AM since Runbow is inspired by Mega Man with some elements of Bionic Commando.

No longer will you dread the Challenger Approa... you probably unlocked everyone already, didn't you?

A new update for Super Smash Bros Ultimate aims to address a couple of complaints regarding the game.

Patch notes for the update 1.2.0 are now available, with the chief changes being to the difficulty of unlocking characters, an increase to the likelihood of online matches with preferred rules, and Battle Arena stability.

Dr. Mario and Metroid both received the special treatment this month. In Dr. Mario, the save picks up at a nearly-finished Stage 20 on the "Hi" speed, allowing for the viewing of a rare cutscene.

It'll be a good old-fashioned Christmas down on the farm.

The long-rumored multiplayer update for Stardew Valley on Switch will come tomorrow.

All territories will get the update which enables support for 2-4 players both locally and online. Additional singleplayer features will be included, along with voice chat.

In multiplayer, which launched previously on the PC versions, players share their progress through the main story and money but have their own individual achievements and inventories.

Smash 1.2 Update Due In Next Week Switch

Super Smash Bros Ultimate will be getting another update shortly.

An ingame notice appearing tonight in Smash Ultimate indicates that version 1.2.0 of the game will be distributed "in the next week". Patch notes will be made available when the update is live.

Stuff's still coming even in this post-Smash world.

I'm surprised the list is as big as it is this week. I mean, Smash is out.

There's still some big stuff, too. We've got Guacamelee 2 from Drinkbox today, Kingdom: Two Crowns tomorrow, then Gris from Devolver and Battle Princess Madelyn on Thursday. Basically, they're betting on a huge increase in Switch sales because of Smash, and they're probably not wrong.

You didn't see it coming...

The first DLC character for Super Smash Bros Ultimate has been revealed.

"Joker", the protagonist of Persona 5 who is also playable in the recently released (in Japan) Persona Q2, will be the first character in the Fighter's Pass. No date was given for the launch of the character.

The voice of Joker in North America, Xander Mobus, is also the voice of the Super Smash Bros announcer.

Tell that fight stick to GET OVER HERE.

The heavily rumored Mortal Kombat XI will be hitting Switch next year.

Netherrealm have announced the follow-up to their long-running fighting franchise will release worldwide on April 23 for all platforms, including Switch. Further details will be announced at a community reveal event in January.

Stranger Things will be coming to the Switch after all, even following the implosion of Telltale Games.