Details of the support were not disclosed. 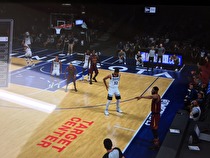 UPDATE 9/15: The support was not in the shipping game. Original story follows.

NBA 2k18 will support all of the Switch's features, including Amiibo.

Originally rumored earlier this month with a listing from Nintendo of Japan, USGamer has confirmed the support at a preview event in New York City.

by Donald Theriault - 8:39 am EDT
Discuss in talkback! Source: Sega

The rash of original characters is about ten weeks out.

Sonic Forces was confirmed for a November 7 release today in a Sega press statement. The 3D hedgehog adventure will also have a lower price point as all versions are launching with a MSRP of US$39.99/C$54.99.

by Donald Theriault - 6:04 am EDT
Discuss in talkback! Source: Nintendo

The big game of the week - in fact, the biggest game since Splatoon 2 - is the game nobody believed existed until a few months ago in Mario + Rabbids Kingdom Battle. We've got a review from Daan, plus a video review and a metric boatload of gameplay video on NWR TV from David Lloyd so check it out before you try and figure out how to turn Rabbid Luigi into Uriah.

Was this a product of their "Earliest Access" program announced at E3?

The champions of E3, Devolver Digital, have announced their newest project and it's headed for the Switch.

Pikuniku is a "absurd puzzle-exploration game" starring the title character as he tries to protect his hometown from a conspiracy hatched in the "deep state". There will be a community building aspect as well.

Too, too many games

In addition to the announcements of No More Heroes: Travis Strikes Back, Shovel Knight: King of Cards, Super Meat Boy Forever, Kentucky Route Zero and the release date for SteamWorld Dig 2, there were more announcements at the Nindie Showcase today.

by Donald Theriault - 10:30 am EDT
Discuss in talkback!

Prepare to dig the night away.

SteamWorld Dig 2 is about three weeks away.

The follow-up from Image and Form to their 2014 breakout hit will release for Switch first, on September 21.

Behold the King... the King of Knights.

The final expansion to Shovel Knight will arrive early next year.

Yacht Club Games has announced that Shovel Knight: King of Cards will release in early 2018 on Switch first. The expansion stars the gold-plated King Knight as he explores new worlds and attempts to defeat his royal competition.

The entire story is headed to consoles.

Indie adventure hit Kentucky Route Zero is about to complete its adventures, and the Switch will see it.

The TV edition of the multi-part adventure series from a two person development team was announced for an early 2018 release today on Switch. All five parts of the story will come to the Switch, as the episodic adventures began releasing on Steam in 2013.

We've got heroes after all. 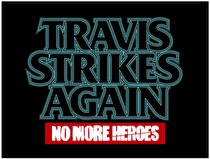 As promised in January, Travis Touchdown is back on a Nintendo console.

No More Heroes: Travis Strikes Again was announced at the end of today's Nindie Showcase. The followup to the 2008 and 2010 Wii games will release in 2018, and the Unreal-engine powered game will feature collaborations with prominent indie developers.

A follow-up to the cult hit with the high body count.

The newest adventure from Team Meat is hitting the Switch.

Super Meat Boy Forever, the follow-up to 2009 (2016 on Wii U)'s Super Meat Boy was revealed today during the Nindie Showcase. Meat Boy and Bandage Girl have to save their young child Nugget from the evil Dr. Fetus.

Expanded maps and daily challenges will also be a part of this new adventure.

A trio of new games have been announced for Switch today.

Good night sweet prince, and may flocks of crawling Metroids sing thee to thy rest.

Nintendo's first foray into social networking will pass away just before its fifth birthday.

Miiverse will be shutting down on November 8 at 1 a.m. Eastern time (10 p.m. November 7 Pacific time) according to the post on Miiverse and Nintendo's support site. Use of other social media platforms is being blamed for the dismissal, as well as Miiverse not supporting the Switch.

Sadly, Warriors will not come with a skilled Roy. That would be DLC.

Nintendo of America has dropped a couple of news bits about limited editions.

The first to arrive will be the limited edition for Fire Emblem Warriors, which will launch October 20 in North America on Switch and New 3DS. The limited edition will contain a double sided poster, a 3 CD soundtrack, 25 art cards and a Switch version of the game for US$79.99..

by Donald Theriault - 10:19 am EDT
Discuss in talkback! Source: Nintendo

With a focus on Switch titles again. 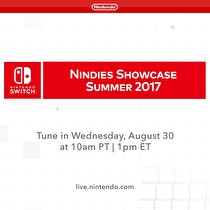 In a big week for indie titles on Nintendo platforms, the schedule just got a bit busier.

by Donald Theriault - 7:00 am EDT
Discuss in talkback! Source: IntiCreates

It hits the eShop Thursday.

Although Gunvolt will be adding a jolt of electricity to the eShop this week, the pack will be in stores early in the fall.

Inti Creates and Nighthawk Interactive have confirmed a retail release for the Azure Striker Gunvolt Striker Pack for Switch, which will be out in October in North America. The collection of 3DS eShop titles will release in the eShop on August 31 (this coming Thursday).

The poll that produced all of the Glade mockery will finally pay off.

January's "Choose Your Legends" poll for Fire Emblem Heroes will finally see the promised distribution of its characters on (date).

Not to be confused with Super or the fighting game.

Arc System Works's ownership of the Technos properties is about to pay off for Switch owners.

Double Dragon IV, previously released for PC and PlayStation 4, will be receiving a Switch version on September 7 in all territories for US$6.99/¥800/equivalent.

A follow-on from the events of Double... Read more...

A few extras will be available for your perusal. 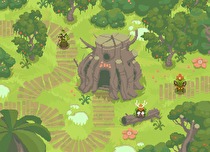 An independent action RPG with a unique character creation system is headed to the Switch.

Moon Hunters, a Kickstarter title which launched on PC last year, will be releasing on Switch on a date to be announced. The game, set in environments reminiscent of ancient Mesopotamia, uses a personality quiz to create the player characters.

by Donald Theriault - 6:03 am EDT
Discuss in talkback! Source: Nintendo

All in all, it's just another brick in the wall.

This article was originally started at about 9pm Eastern time Wednesday, and it looks for all the world that the only things coming out this week are on Switch. The big one for the Western world is the complete edition of Minecraft Story Mode, which you might recall coming out on Wii U about a year ago, or puzzle title Piczle Lines DX. Noted wizard David Lloyd reviewed both titles for us (Minecraft SM, Piczle).

We'll be talking about Mario's GameCube adventure on Thursday, 8/24 at 9 PM Eastern. 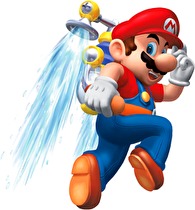 We've slogged through the Shines. We've determined the relative value of Clean and Dirty. We've even sprayed those worthless Toads with the contents of a Yoshi's stomach. Now it's time to talk Super Mario Sunshine!

Who: YOU! Join us in the Nintendo World Report Discord!What: A live RetroActive... Read more...