Unlike Christmas Day, this won't bring down the eShop. But it probably should.

There's a reason I don't lock in my formal Game of the Year list until sometime in February, and it's this: There's still potential candidates in some of the categories coming out this week. The big two for the week are the last major 3DS release of the year (which has topped the list of at least one friend of the website) Style Savvy: Styling Star, and the defending champion for "Best Re: Game", SteamWorld Heist. Both are well worth the time.

No Hippocratic Oath issues here, it's a lab doctor.

The newest ARMS fighter has wrapped up the content for the game.

Version 5 of ARMS has added Dr. Coyle to the game. Her background is in the design of ARMS and the fighters that use them, including creating Helix and reviving Mecha Mummy.

by Donald Theriault - 6:10 am EST
Discuss in talkback! Source: Nintendo

On the shortest day of the year up North, the sun will set by the time you download everything.

'twas four days before Christmas and the author wonders how much Switch memory he has left. Another twenty games are dropping on Switch in North America this week, so let's run down the highlights: Mom Hid My Game (also on New 3DS) is a riot, we have the sequel to Max and the Magic Marker finally hitting a Nintendo system, and the long-awaited Next Penelope is racing into the Switch this week.

Dragon Quest Builders will make its debut in the West in February.

Nintendo of America and Nintendo of Europe both announced today that the story-focused building game will release in both territories on February 9. Nintendo will be handling publishing and distribution for the game outside Japan.

Including an exclusive co-op mode.

After getting competitive this summer, Pac-Man is coming back to the Switch with co-op in tow.

The ability to destroy a planet of demons is insignificant next to the power of Sanic.

Black Friday deals and Call of Duty were the big winners last month in the United States, but the Switch fared pretty well for itself.

On the hardware front, Switch numbers were not available as the report from the NPD Group indicated the PlayStation 4 sold the most units while the Xbox One (buoyed... Read more...

In this version, you only dream of electric sheep. 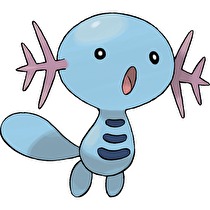 The missing link in the release of the second generation of Pokémon games has finally been announced.

Pokémon Crystal, the Game Boy Color-exclusive third version, will release on 3DS Virtual Console in all regions on January 26. As with other Pokémon VC releases, the price ($9.99 US or equivalent)... Read more...

InnerSpace To Take Off On Switch January 19 Switch

All the fun of flight without that pesky horizon business.

The Switch eShop will take off to new heights early next year.

Developers PolyKnight and publisher Aspyr Media have announced their flight / exploration game InnerSpace will launch on Switch among other platforms on January 19. A flight game at its core, InnerSpace features exploration of planets that are inside out and feature ancient gods wandering through them.

Caution: Contains a higher-than-normal amount of bafmadads and silver balls.

Forget the Switch outselling the Wii U in year 1, it'll probably also have more games than it by the time March 3 comes around. Most of the attention is on the fashionbly late Yooka-Laylee, the former Kickstarter record holder which began life on the old and busted before crossing over. Other targets... Read more...

You'll have your choice of how to get CommanderVideo's latest provisions.

Runner3 will be an early high point for the Switch eShop next year, but stores will be able to get in on the action.

Nicalis have confirmed a physical release for Runner3 day and date with the eShop version in a trailer posted on their YouTube channel. The retail edition will launch for $39.99.

And so does the 3DS.

Atlus will be keeping the flame of the 3DS alive almost to the end of the fiscal year.

The Alliance Alive, the second of their three major 3DS RPGs for 2018, will release in North America on March 27, 2018. As with previous Atlus launch editions, the game will feature a soundtrack CD and artbook as first print bonuses along with a keychain.

With that Switch cart premium.

The cart includes seven DLC packs, car parts based on The Flash, an art print and the base game.

In this announcement, Psionix cited Switch manufacturing costs as the reason for the $10 increase over other physical versions of Rocket League.

by Donald Theriault - 5:52 am EST
Discuss in talkback! Source: Team17

And a new trailer to go with it.

Yooka-Laylee might be releasing this week, but Team17 isn't done yet.

New details and a trailer have been released for Yoku's Island Express, the pinball / platforming hybrid coming to Switch in 2018. The title character Yoku will meet a colorful cast of characters including Tito the mountaineer, Chip the foreman and Tungaska as he looks to save Mokumana Island from a restless god.

With two weeks until Festivus, mind you.

With a little under three weeks left in the year, the Switch has already passed a significant milestone in sales.

Nintendo issued a press statement today confirming the console has crossed the 10 million sales milestone (sold through to consumers) according to internal metrics. With nine months of sale, the console is selling at a pace similar to the Wii (which reached 10 million in its ninth month) and the PlayStation 4.

It won't just be party hats you'll be ringing in the new year with.

Hot on the heels of SteamWorld Dig 2, the Switch will be getting strategic this month.

Image & Form have announced that SteamWorld Heist will release on Switch on December 28 in North America and Europe. The release will be the Ultimate Edition, meaning the Outsider DLC and another material will be included.

30 classic Capcom game announcements for Switch in a week.

At the Capcom Cup fighting game tournament this weekend, Capcom have announced the Street Fighter 30th Anniversary Collection for Switch and other platforms. Releasing in May of next year, the collection will include the following 12 games:

With a couple of guests coming along

The Switch will be getting at least one more fighting game before the year is out.

Brawlout, a fighting game that is currently in Steam Early Access, will be releasing first on Switch on December 19. The US price for the game will be $19.99.

In addition to the original characters and their variants... Read more...

Bayonetta 3 In Development For Switch: 1 + 2 Releasing In February Switch

Take the brutal action with you anywhere.

Bayonetta is coming to the Switch, and it's going to be a trilogy.

Platinum Games and Nintendo have announced that Bayonetta 3 has entered development as a Nintendo Switch exclusive. No additional details or a release date were given.

...Link on a motorcycle.

The Expansion Pass for Breath of the Wild is about to pay off in full.

Eiji Aonuma appeared at the Game Awards tonight to announce that the Champions Ballad DLC will debut tonight. The trailer showed the champions and Link in combat, plus additional story elements.

Additionally, completing the Divine Beast Tamer's quests in the pack will unlock the Master Cycle Zero - a specially designed motorcycle. 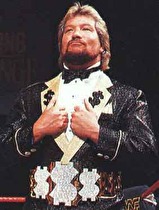 Oh lord, where do we begin?

As most of North America chases the reissue of the Nintendo Cereal System (now with Amiibo functionality!) we have a new record for the most releases on Switch in a single week: 22, with two big preloads going up as well (Yooka-Laylee and the Mutant Mudds Collection:... Read more...