A ten million worldwide shipment may not be enough. UPDATED WITH AMERICAN REGION NUMBERS

Early returns for Pokémon Sun and Moon are setting records in some territories.

Nintendo UK has reported the first week sales of the newest Pokémon main series games crossed 1.5 million in Europe, with over 368,000 of them in the UK alone. This is the biggest launch week for any Nintendo title, regardless of system, in Europe

Life on the farm will be a little bit more portable.

The planned Wii U version of Stardew Valley has been moved to the Nintendo Switch.

In a post on the game's blog, the developer confirmed the release dates for the PlayStation 4 and Xbox One versions while noting "Looking at Wii U and the current gaming landscape, we made the difficult choice to shift our development efforts to creating a version for Nintendo Switch."

Is there any room left in Orlando? Let's find out.

Nintendo has given additional details about their partnership with Universal Studios, including sections in three parks over the next several years.

The Universal Studios parks in Los Angeles (Hollywood), Orlando and Osaka will each receive theme parks over the next few years, with the aim to provide... Read more...

Whether or not the footage portends a Most Anticipated Game win is still to be determined. 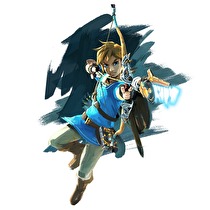 The Game Awards will once again feature a legendary appearance.

Nintendo of America confirmed that new footage for The Legend of Zelda: Breath of the Wild will appear at The Game Awards on Thursday evening. It will mark the game's second appearance at the show in its modern incarnation, following off-screen footage being shown at the first show in 2014.

With most of the Black Friday madness dealt with, let's talk things for the weekend.

North America has a couple of odder titles in the "new content" category this week. The Wii U gets the Metroid-like Exile's End, a recent jumper from the PlayStations courtesy of XSEED (see Zach's review), while the 3DS ups its RPG power level one last time (for this year) with Dragon Ball Fusions. Stupid dance not included, but that's what the sales are for.

It's been a busy week down at Niantic.

Pokémon Go received a slew of announcements this week in anticipation of the holiday season. In just a couple days, a Thanksgiving event was announced, Ditto appeared, CP levels were adjusted and the Nearby feature was expanded.

The former Radio Free Nintendo Retroactive title will be coming to the Switch, among other things.

An early Wii U exclusive will be coming to the Switch and other platforms next year.

WB Games tweeted today that Lego City: Undercover would launch on the Nintendo Switch, PlayStation 4, Xbox One and Steam next year.

Join the Chase! LEGO CITY Undercover is looking for new recruits on PlayStation®4, Xbox One®, Nintendo Switch™ and STEAM® in Spring 2017. pic.twitter.com/D1YJpmFKIR

by Danny Bivens - 6:40 am EST
Discuss in talkback! Source: NCL

Here's to 26 years of Super Famicom!

Nikki is back, and there was much rejoicing. 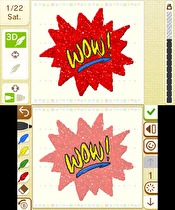 Three years after Swapnote's online sharing was disabled, Nintendo is returning to friends-based messaging on the 3DS.

Swapdoodle will launch today with the eShop update in both North America and Europe. In addition to basic messaging among 3DS friends, the game allows for doodles based on Nintendo characters and has stickers of Mii faces, among others. Private messaging functions are also available.

All over but the catching of Alolan Dugtrio.

The biggest game of the year, let alone this week, hits Friday in North America as Pokémon Sun and Moon drop on 3DS. Between videos, editorials, and a pair of reviews we've covered this game like a Braviary. And as I've braved the large file size to download Sun, I'll see if I can manage to select Popplio before bedtime.

Along with a rather shaky game from a well known Nintendo developer.

Nintendo's game list for North America has revealed tomorrow's releases, and one is a first for any Virtual Console.

The December 1 awards will have some Nintendo involvement.

Nintendo's year will end with nominations in eight categories at the 2016 Game Awards.

The nominations are in the following categories:

by Donald Theriault - 6:12 am EST
Discuss in talkback! Source: Nintendo

Mario will be running on iOS this December.

The game will have three modes of play, and the trial version will include portions of all three modes.

The wait's now shorter than a fight in the manga.

Dragon Ball Fusions has just been moved up three weeks.

BandaiNamco made the announcement on Twitter earlier today, moving the RPG's release date from December 13 to November 22. The European release date has not changed.

EXCITING NEWS! We are moving up the launch of DRAGON BALL Fusions (3DS) from Dec. 13 to Nov. 22! Did you pre-order your copy yet? #DBFusions pic.twitter.com/6egOapALze

Some of this might be familiar from the demo 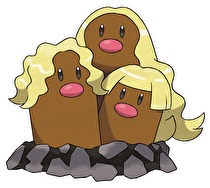 Each Alolan starter's final form will have an exclusive Z-move: Decidueye will launch Sinister Arrow Raid, Incineroar will land a Malicious Moonsault, and Primarina will perform an Oceanic Operetta. 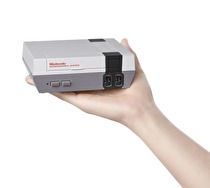 The NES Classic will only be up for launch day on Amazon, and the procedure will be familiar for rarer Nintendo products.

In an email sent to those who signed up for notifications, the company announced that orders will be taken for the small console beginning Friday, November 11 at 5pm Eastern / 2pm Pacific. Orders will be limited to 1 per person and 1-click ordering will be disabled.

by Donald Theriault - 6:27 am EST
Total comments: 4 Source: My Nintendo

This is the worst anniversary party ever.

Nintendo has added a few new rewards and challenges to My Nintendo in North America.

They were only off by a week.

Following last week'srumors, Nintendo has officially announced the wind-down of Wii U production in Japan.

A note on Nintendo's hardware page in Japan shows that the deluxe set and Splatoon bundles show "Production is slated to end soon in Japan". The listing is common in Japan, but there is no notice of effects for other territories.

The only thing shorter than the NES Classic's controller cord is my temper.

In a warmup for next week's big dual release on the 3DS, the big releases of the week (aside from the NES Classic Mini) are a couple of retail titles. Natsume has a good ol'-fashioned Christmas with Harvest Moon: Skytree Village, while the Cartoon Network brings a big crossover with Cartoon Network: Battle Crashers.