You'll be surrounded by Hardy Greninja.

The biggest holiday title for Nintendo has a ton of early momentum.

Pokemon Sun and Moon's special demo, which released on October 18, has been downloaded over 3.5 million times in just over a week according to Nintendo's investor briefing. The download count has made it the fastest start of any 3DS demo since the system launched.

Plus a Miitomo update is coming.

There's a lot of demand for Super Mario Run, and its release will be wider than ever.

Nintendo's investor meeting earlier today (Japan time) showed that over 20 million people have signed up for notification when Super Mario Run will go live in December, and that the rollout is planned for "approximately 150 countries".

Which would you rather have - a dance party, or a Corpse Party?

It's hard to believe we're less than six months away from the Wii U's successor launching, and yet we're getting a prominent Wii game this week in the form of Just Dance 2017. But that's off-topic, since you'll probably want to pick up the Wii U version for its access to, among other things, the music... Read more... 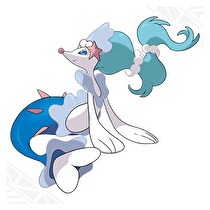 The last Pokémon Sun and Moon trailer for October has revealed eight new Pokémon, including the final evolutions of the starting Pokémon, and given hints about the game's structure.

It's new styles, not players

Monster Hunter X (Generations) will be getting an expanded version next March.

Monster Hunter XX (pronounced "double cross") was announced today for a March 18, 2017 release in Japan on the 3DS. The new game will feature two new hunting styles and harder G-Rank quests in addition to all of the Generations content.

Nintendo has given a date for the details of the Switch.

At an analyst and institutional investor meeting today, Nintendo CEO Tatsumi Kimishima announced that the "Nintendo Switch Presentation 2017" will occur on January 12 (North America time). This will include the system's launch date and confirmation of launch titles as well as other games in development.

A short window in the fiscal year means lower than historical norms.

Nintendo is aiming slightly lower than expected in their estimates for the Nintendo Switch.

Although the financial statements don't list estimates, CEO Tatsumi Kimishima told the press in an earnings call that their guidance assumes 2m units shipped for the console, set to release in March. The system will be sold at a profit for Nintendo, but Kimishima also stated they are "listening to consumer conversation" about the price of the system.

For it's one, two, six hundred million from the old ball team

Nintendo released their financial results at the close of the Japanese business day earlier today, and some significant events led to a operating loss in the quarter.

The key financial indicators, with US conversions at current market rates:

A major announcement is incoming from Capcom regarding one of their most lucrative series on Nintendo platforms.

A Monster Hunter Direct is scheduled to hit Japan Thursday, October 27 at 8 p.m. (JST, 7 a.m. ET). While no specifics were given on what will actually be unveiled, the event will not feature any titles for mobile platforms or the Nintendo Switch. It is very possible that whatever they're showing off will be coming to 3DS and is indeed the new Monster Hunter title that Capcom hinted at in mid September.

At least, not from Nintendo.

It appears that today's Switch video will be the extent of Nintendo's public talk about the platform this year.

Nintendo indicated no information about the platform or their games would be coming this year in a statement to Wall Street Journal analyst Takashi Mochizuki:

As well as some technology companies. 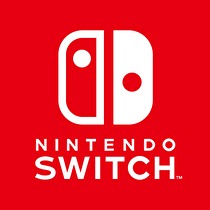 Nintendo's list of partners for the Switch launch have been announced, and a who's who of publishers and middleware developers are involved with the system.

The video demo showed the system sliding into and being removed from a docking system hooked to a TV, with instant transition to a portable mode when removed. There are controllers called "JoyCon" that can be detached and used by multiple players... Read more...

We're not yet to the point of spoopy, but it helps.

As we get ready for a little video in a bit, the downloads have a couple of interesting movers this week. The Wii U in North America gets its SteamWorld Heist - we'll have a review for that later today - with a nice offer if you get in early, much like the 3DS version. There's also 13AMGames's first publishing effort in Pirate Pop Plus, with crossbuy available as long as you have an upgraded 3DS.

Our long international nightmare will soon be over.

After nearly nineteen months of speculation, we will soon know something about the system known only as NX.

Nintendo will air a video tomorrow morning at 10 am Eastern time (7 am Pacific, 1600 CEST, 11 pm Japan) that will give a preview of the system, with more information to follow after. According to the Japanese-language Nintendo Twitter account, it will be three minutes long.

You know it's a big sale when they discount DLC.

A large number of horror themed titles for 3DS, New 3DS and Wii U will be on sale in Europe beginning Thursday afternoon.

The eShop's Halloween sale will run from 20 October to 3 November. The games up for sale are as follows, all discounted by 30% unless otherwise noted:

It's all over, but donations remain open! UPDATE Oct 19: Entire show is now available for download! Donations close Saturday! 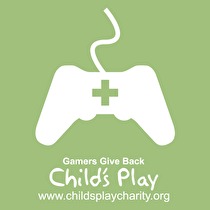 Replays of the show are now available. If you're subscribed to the RFN feed they'll download automatically, otherwise, we'll be uploading a new part each day.

And a couple of trainers 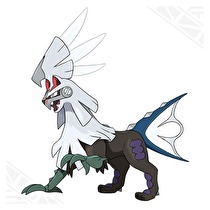 The latest Pokémon Sun and Moon trailer dropped this morning with a group of new Pokemon and another Alolan evolution family.

The new Pokémon, all related in some way to previously revealed Pokémon, are:

Silvally, the evolution of Type: Null. Its ability "RKS System" allows it to change its... Read more...

Wii U releases in Europe? Let it gooooooooo. 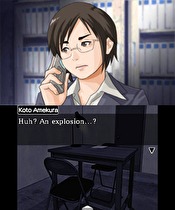 Most of the attention is focused on the 3DS this week in the downloads. North America gets the third straight week (and 4th of 5 weeks) of retail releases with Disney Magical World 2, which is pushing Frozen so hard you'd think it had a Superman Punch. Three other titles rock the eShop as well, as... Read more...

Going to have to wait a couple of hours to add that card for the Monster Hunter Generations sale.

The maintenance is scheduled to occur from 10 am - 3 pm Eastern (7 am - noon Pacific) and the only network service that will be down is "Using Nintendo eShop Cards".

The root cause of the maintenance has not been announced, nor how this will affect the activation of cards during that time.

And the buy one get one is complete. 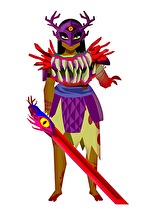 We now have a release date for one of the missing pieces of the Nindie Summer Jam in North America.

Severed, the touchscreen-based action game from Drinkbox Studios, is set to release this Thursday, according to the game's listing on the Nintendo website. The Wii U version released on September... Read more...