An early February release for the last Smash Bros characters.

Corrin and Bayonetta will arrive for Smash Bros on Wii U and 3DS next week.

Producer Masahiro Sakurai appeared at the end of a demonstration of the characters that aired on the NicoNico service in Japan to confirm a February 4 release for Japan. @NintendoAmerica later Tweeted an "afternoon release" on February 3 for North America.

Someone say a prayer for Sakurai.

A noted Japan-based analyst has hinted that Bandai Namco has several titles in development for the NX platform, including a Smash Bros game.

No specifics were given beyond what was contained in the Twitter post, but the hint is that the Smash Bros game would be available at launch. Given the short... Read more...

A busy end of month for everything except the 3DS Virtual Console.

January came in quiet, but it’s going out with a bang. There’s a couple of big retail games on the 3DS with Final Fantasy Explorers, Square’s love letter/hunting action title (see Neal’s review) as well as Lego’s Marvel Avengers for both Wii U and 3DS.

The eShop has an interesting release... Read more...

Round one features experience, gold and a trip to the beach.

Nintendo has outlined the content of Map Pack 1 for Fire Emblem Fates, and some of the content may be familiar to those who went all in on Awakening's DLC.

The first map will be available for free on the game's launch day (February 19), with the remaining maps releasing on Thursdays with the eShop... Read more...

And they're keeping the price sane. 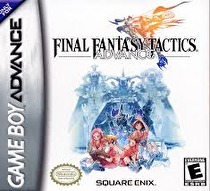 Both North America and Europe will be able to return to Ivalice tomorrow by way of Virtual Console.

Final Fantasy Tactics Advance - the first game published by SquareEnix in over seven years on Nintendo systems on its initial release - will be in tomorrow's eShop update. Priced at $7.99/€7.99/£7.19, FFTA will be the first appearance by SquareEnix outside of Japan.

At least 36 hours worth 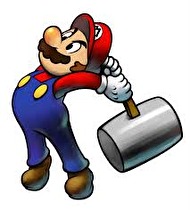 A bug in the level creator for Super Mario Maker has necessitated a day and a half of online downtime.

Nintendo has sent notices on their various websites advising that an unspecified bug in the "Create" mode has necessitated a stop on all online services. The maintenance is currently slated to end at 8 p.m. Eastern tomorrow night (1 a.m. GMT on Friday morning).

The biggest fighting game tournament in the world will feature heavy Nintendo representation.

A third of the main lineup for the world's largest fighting game tournament will be on Nintendo systems.

Pokkén Tournament will join last year's Super Smash Bros Melee and Super Smash Bros for Wii U in the lineup for the EVO 2016 tournament, which will run from July 15 - 17 in Las Vegas. The other... Read more...

Touching to boost happiness in RPGs is officially confined to Pokémon.

Following the announcement of the removal of a support scene in Fire Emblem Fates, another controversial aspect of the title will not be localized.

Nintendo representatives have confirmed to Kotaku that a "petting" minigame in the game's My Castle mode, which allowed for players to use the 3DS... Read more...

"Clearly a murder most foul. This Marowak was wielding a Thick Club."

A concept first shown by the Pokémon Company nearly two and a half years ago has become a 3DS eShop title in Japan.

Detective Pikachu ~Birth of a New Combination~ will release in the Japanese eShop next week for 1200 yen and can be preloaded now. The price will increase to 1500 yen on February 29. The story stars a Pikachu capable of human speech who is working with a young man named Tim Goodman to solve various mysteries around the city.

Are you rooting for the Rapidashes, the Persians or the Moon Stone?

Now that the Super Bowl matchup has been decided, Pokémon Company International has debuted most of the ad that will run during the game on February 7.

There are no announcements in the advertisement as most expected, as it instead focuses on different forms of "training" before finishing with... Read more...

Mighty No 9 To Release In Spring WiiU3DS

The same bugaboo that knocked it out of 2015 continues to trouble the project.

Mighty No 9 is facing another delay, with Spring now the target date for the crowd-funded title.

Originally given a release date of September 15, 2015, the game was delayed a few weeks before the release date due to issues with online functions. A new date of February 9 was then announced during the last Nintendo Direct, but Comcept updated the game's Kickstarter page this morning with word of the delay.

After extracting himself from a jam, the flat one may get some additional definition.

Intelligent Systems has been working on a Paper Mario title for the Wii U and the game is in testing according to several sources close to Nintendo.

It isn’t immediately clear if the title is a remake of an existing title or a brand new game. Intelligent Systems was rumored to be hiring staff... Read more...

One last map takes us home.

The free content for Splatoon will finish as promised tonight, with one last new stage.

Ancho-V Games, purportedly the developers of the smash hit Squid Jump, will drop tonight at 9 p.m. Eastern. The fans that cool the coders and their PCs also provide movement boosts both horizontally and vertically. 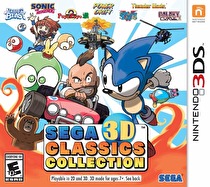 Sega has been teasing something classic, and we now know that it's a 3D Classics collection for the 3DS.

Releasing on April 26 for US$29.99/C$44.99, the collection includes 9 games - four of which are not currently available on the eShop: Power Drift, Puyo Puyo 2, Maze Walker and Fantasy Zone III: The Tears of Opa-Opa. The previous 3DS releases are Fantasy Zone II W, Sonic the Hedgehog, Thunder Blade, Galaxy Force II and Altered Beast.

On paper, we’re building a strong foundation for 2016

It’s an interesting debate as to which is the big game of the week, as we’ve got two candidates. On the 3DS, the Year of the Portable RPG gets underway with Mario and Luigi: Paper Jam. Daan thought the European release was pretty good, and we’ll have a review of the North American version shortly.... Read more...

You'll be able to get Isabelle without a game

Some frustratingly rare or bundled amiibo will soon be easier to get.

The Pokémon amiibo were confirmed today to have a reprint for the 20th anniversary of the franchise and for Pokkén Tournament's release on March 18. Charizard, Lucario, Greninja and Jigglypuff are expected to return to the wild.

by Donald Theriault - 7:23 am EST
Discuss in talkback! Source: Nintendo

The ones you'd expect

The title characters for Mario and Sonic at the Rio Olympics 3DS will be able to use performance enhancers without copping a four year ban.

Mario and Sonic amiibo will work with the March 18 3DS title, and players will be able to tap each character once per day to unlock different powers. It appears the powers will change on a daily basis.

by Donald Theriault - 7:20 am EST
Discuss in talkback! Source: Nintendo

Europe is also getting hardware, and we know the amiibo dungeon's name

The Wolf Link amiibo will work in more than just Wii U Zelda games.

Nintendo sent out a press release confirming new information about amiibo today, and it confirmed that Wolf Link will not only work in Twilight Princess HD and Zelda Wii U (still slated for 2016 on Wii U), but it would work in Hyrule Warriors Legends as well. Weapons for Midna will be unlocked in a fashion similar to using Link or Ganondorf amiibo.

Still taking off in April.

Star Fox Zero will have amiibo support at its April launch.

In a communication which reiterated the ttile's April 22 release in North America, Nintendo confirmed that there will be support for amiibo, with more details to be revealed "at a later date".

Fox and Falco amiibo have already been released as part of the Smash Bros series.

There will be "no expression which might be considered as gay conversion or drugging" in the localized version. 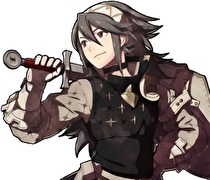 Nintendo of America, in a statement to us, has revealed that a controversial "drugging"/"gay conversion" support conversation in the upcoming game Fire Emblem: Fates will not be present in the North American and European versions of the game.