Featuring a bat and a chameleon in desperate need of pants.

The game previously known as Project Ukulele now has a title, protagonists and a price for its Kickstarter backers.

Yooka-Laylee, the project announced a few months ago by the ex-Rare staff at Playtonic Games, is a 3D platformer starring Yooka the chameleon and Laylee the bat. Yooka can use his tongue as a grappling hook, while Laylee can fire sonic blasts and fly short distances.

Splatoon Direct to Air May 7 WiiU

Much ink will be spilled over it.

The next Direct video has been announced, and it's going to be messy.

A Splatoon Direct will air on May 7 at 10am ET/7am PT/16:00 CET, on various Nintendo Twitch channels, YouTube and Nintendo's website. The only thing promised so far is "new gameplay details" for the upcoming title.

As always, Nintendo World Report will be there for any major announcements and analysis.

by Donald Theriault - 6:41 am EDT
Discuss in talkback! Source: Nintendo

Updated at 11:45ET with additional details and Canadian pricing where applicable.

It appears to be a quiet week on the new game front for the Nintendo downloads. Wii U gets decidedly retro with Amiibo Tap and Paper Mario, and sadly one cannot call the other. On the 3DS side, it's a return to shooter... Read more...

Japanese players will have to dig deep, but will get two radically different experiences

Japanese website 4gamer has provided some additional information about the release of Fire Emblem if, including how the download versions will work and the nature of the game’s 3rd downloadable story.

The Hoshido (White version) route will be similar in objectives to Fire Emblem Awakening and... Read more...

Mighty No 9 Releasing in September for Wii U: 3DS Version Fully Remade 3DSWiiU

And for those of you who need discs, they have your back.

Comcept has announced that Mighty No 9 will be releasing on September 15 in NA and September 18 for the rest of the world, with the 3DS version to follow at a later date.

The company also announced that they are partnering with Deep Silver to produce a physical version of the game which will release... Read more...

by Donald Theriault - 11:27 am EDT
Discuss in talkback! Source: Nintendo

And it's already in English!

Some additional details about Xenoblade Chronicles X have emerged from the latest Iwata Asks interview, which has already been translated into English.

In discussing the game’s size, it was revealed that although the main quest will be slightly shorter than Xenoblade, the sidequests are “3000%... Read more...

Rumors of Konami's death are greatly exaggerated. For now. 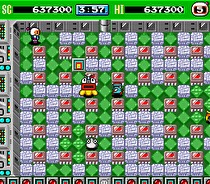 Today in the Nintendo news, don’t panic about Konami. At least, not yet.

A couple of actions by Konami today began a furious storm of rumors that Konami was yanking all of their digital games off various online stores, including the Nintendo eShop and Wii Shop Channel.

Both systems should be able to go psychic now

Updates for both Super Smash Bros 3DS and Wii U have been dispatched to fix the Mewtwo glitches.

The update, which is required to go online and will perform the usual breaking of replays, fixes an issue where accessing any mode that involved the Global Smash Power score with Mewtwo would cause an overflow that would bar the user from going online.

Heavy on the details, light on the dates.

The Xenoblade Chronicles X video and stream had plenty of gameplay detail, but the only release date committed to was still 2015.

The video showed off the opening of the game with your ship known as The White Whale crashing into a planet, and showed the game’s five known continents. Enemies will... Read more...

The two Wii U games combined for a total NWR score of 11.5 on their first review.

An interesting week on the Nintendo download front, even if all of the attention's going to the 2nd DLC for Mario Kart 8. You can celebrate the release by grabbing the portable classic Mario Kart DS, with its never-repeated Mission Mode and the joys of cart customization... or you can torture yourself with Suspension Railroad Simulator.

Nintendo of America has sent a PR email confirming a presentation will air on the Nintendo Direct page April 24 regarding Xenoblade Chronicles X.

The presentation will air at 11am PDT/2pm EDT, and will be followed by a Treehouse Live presentation. There are no details as to what the video will contain aside from being in English only. Keep it locked to Nintendo World Report for all the details and analysis you need.

by Donald Theriault - 3:36 am EDT
Discuss in talkback!

May your downloads hit at 200cc

The green flag has dropped on the second Mario Kart 8 DLC pack.

An update to version 4.0 is available in all territories that is required to download the pack. The DLC includes three new racers (Villager, Isabelle, Dry Bowser), two new cups worth of tracks and other bonuses such as support for more Mii suits by Amiibo and new Miiverse stamps.

A lot of news in the last few days is headlined by a new Wii U bundle.

Nintendo has announced hardware bundles for both North America and Europe that will include Splatoon. The NA bundle will be $299.99/$329.99 MSRP and will include a Deluxe Wii U, a download code for Splatoon and a preinstalled copy of NintendoLand. In the US, the bundle will be a Best Buy exclusive.

Mewtwo caused some issues, and we know how to keep your drive spinning.

Today in Nintendo news, we’ve got March sales figures for the US, and some Wii U technical news.

NPD released the US retail sales for March, and in a down month for hardware compared to 2014 both the 3DS and Wii U showed gains.

The original bafmodad collector itself comes around for one more spin.

So it's finally here / Downloading for you

But when you start to play / You'll really want to snap

As you find fifty million / Pieces of crap

...yes, the long-awaited (for some reason) Donkey Kong 64 headlines the week in downloads for North America, while 3DS owners get to go fishing, beat up zombies with Wii Remotes, and... make note of birthdays.

And YOU get to decide which Mega GBA game leads off.

After the success of last year’s Mega May promotion on the 3DS, Capcom is bringing it back around with four GBA games up for the Wii U Virtual Console.

A poll is open at Capcom Unity to determine which of the following games will release on May 7:

The other three games will release each Thursday in May.

"We have failed to curb its violent tendencies..."

Updates for both versions of Smash Bros are now live.

The update, which brings both the 3DS and Wii U versions to version 1.0.6, adds sharing of Mii fighters, stages and snapshots, nebulous balance changes, and support for downloadable content. Mewtwo codes have been distributed in most regions... Read more...

From the majesty of Big Blue to the terror of Baby Park, it's all right here!

In addition to the previously known three characters, the trailer shows the two new cart and bike designs, as well as the eight courses that will be available.

The new courses are:

In a big Nintendo Newsletter, you might see the misadventures of Butt Butt at your local retailer.

Shovel Knight Getting A Retail Release?

Best Buy has added listings for a 3DS retail release for Shovel Knight.

The site lists September 15 as the release date... Read more...

Sega is bringing a slew of Sega Genesis classics to the Nintendo 3DS later this Summer.

In addition to stereoscopic graphics, Sega promises each of the games will include new modes and features. In the first wave of 3D Classics, new features included the ability to spin dash in the original Sonic the Hedgehog and a Super Dolphin Mode in Ecco the Dolphin.