Say yes to the dress if you haven't already.

Nintendo of America is removing the restrictions on the Tri Force Heroes beta of two weekends ago.

Beginning with tomorrow's eShop update, the previously code-restricted beta will go up for general download. The beta will have the same restrictions - local play on one stage with demo players, or online play in three stages with limited times.

He either swallowed a Greninja or a bunch of crystals.

A Japanese livestream this evening of Pokkén Tournament has revealed a previously unknown form of Mewtwo.

The new form appears to challenge a Gengar following its defeat, and goes through a Mega Evolution ritual that causes large crystals to form on its back. It is not known whether the Mewtwo is exclusive to Pokkén or may appear in a future Pokemon game.

And the key art is really creepy.

Aksys has revealed the name for the third Zero Escape title.

The 2016 visual novel/puzzle game will release in North America and Europe next summer as Zero Time Dilemma. The announcement poses a question about "How much of your humanity will you sacrifice to earn your freedom".

Aksys would later confirm that the title will release around the same time in Europe as an eShop / PlayStation Network exclusive.

An obstacle to international indie game releases is about to fall.

Nintendo will be the first console manufacturer to adopt an international standard for game content rating that should allow independent developers to release games worldwide fast.

The IARC rating system will be added to the eShop submission progress and will provide a questionnaire for the developer... Read more...

Better get your Octodad downloads in now.

The third major maintenance in two weeks is slated for this Sunday, and it's even longer than usual.

Nintendo of America has sent out a Twitter message indicating the eShop will be down all day Monday:

FYI: The Nintendo eShop will be offline for 24 hours of maintenance starting at 7 p.m. PT on 11/1.

Make a wish to find that last red property in McDonald's Monopoly. 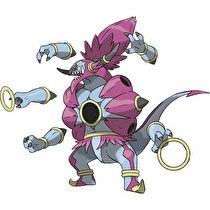 The US distribution has been announced for Pokémon #720, the mysterious genie Hoopa.

The mischevious genie will be made available at McDonalds restaurants in the US from November 27 to December 23. No word on how it will be handed out in Canada, but it has been distributed in some Asian countries including Japan and some European countries, including France from 2 - 22 November at Micromania stores.

Also news of Japan's most unusual Splatfest yet.

After taking a week off for the 2.2 update, the regular Splatoon weapon drops have resumed, and you'll have a full day to test the equipment before the Hallowe'en Splatfest.

After last week I'm not sure we have time to download anything anyway!

Following last week's insane release schedule, a bit of slowdown is called for. And for the most part, it's true for North America – but a couple of little big releases with Octodad: Dadliest Catch and Tomorrow Corporation (Little Inferno)'s next project, Human Resource Machine repping the eShop this week. Natsume's Harvest Moon: More Friends of Mineral Town is the Virtual Console release of the week.

Covers both of the old Nintendo loyalty programs. 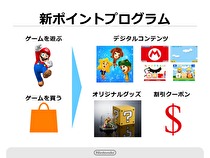 Slides from today's Nintendo shareholder's meeting have revealed the DeNA-powered loyalty program will be known as "My Nintendo".

The program will include benefits for playing games on both Nintendo systems and with mobile apps such as Miitomo, which the service will launch alongside in March.... Read more...

Miitomo uses Miis to communicate with other users, and it will work with your new Nintendo Account. 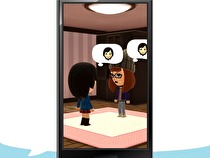 Set to debut worldwide in March 2016 alongside the company's new loyalty program called My Nintendo, Miitomo is a free-to-start mobile game with optional add-ons. The title focuses on communications... Read more...

Nintendo Direct To Return Before End Of Year, Change Next Year

At least once we will have news delivered directly to us. UPDATED

We have a timeframe for the return of the Nintendo Direct.

In a note from Nintendo's recent financial results release, CEO Tatsumi Kimishima confirmed to the Wall Street Journal that in addition to an update on their mobile plans tomorrow, the Nintendo Direct will return in the next couple of months.

Nintendo has released their second quarter financial results for this fiscal year, and it's another profitable quarter for the company.

Two of the most demanded features are coming soon.

The update will add mid-level checkpoints to stages (shake the arrow) and the ability to have progressive powerups by attaching the Super Mushroom to the higher-leveled power.

Pink pieces are like full size candy bars; rare but much appreciated.

Nintendo is throwing a spooky surprise in for those who visit Nintendo Zones this weekend.

After a long hiatus, the collectathon resumes.

Nintendo has launched a new StreetPass puzzle in North America, the first new one to launch since March.

A 40-piece Yo-Kai Watch puzzle has begun to filter out via SpotPass for those who have the function enabled. The puzzle launches just ahead of Yo-Kai Watch's North American launch on November 6. 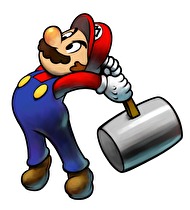 Following last week's Nintendo Network maintenance, it appears there will be a second round tomorrow.

The Nintendo Network status page lists online play and leaderboards as down from 2 p.m. PT/5 p.m. ET tomorrow to 7p.m. PT/10 p.m. ET, and the eShops, Wii Shopping Channel and DSiWare Shop as all down from 1 p.m. PT/4 p.m. ET to the same end time.

A battle of real ultimate power will be coming soon.

Nintendo has announced the next Splatfest for North America, and the first post 2.2 competition will feature an important scoring change.

The competition will take place beginning at roughly 11:57 p.m. Eastern time on October 30 and cover all of Hallowe'en before ending at just after midnight Eastern on November 1. The teams will consist of pirates (Callie) against ninjas (Marie).

One of the best versions of a classic game releases as a download in time for Hallowe'en.

Resident Evil 4's Wii edition will come to Europe next week as a downloadable title.

Originally announced on the Nintendo of Europe Twitter feed this morning, the 2007 Wii re-release of the 2005 PlayStation 2/Gamecube title will launch for €19.99/£17.99 with a 20% discount for launch week.

In honor of Back to the Future Day, Nintendo has released Wild Gunman on the European Wii U Virtual Console. You might remember this as the game Marty McFly destroys when he travels to the distant and techno-heavy future of 2015 in Back to the Future Part II.

In place of the NES Zapper gun, players can use the Wii remote to play this “baby’s toy”.

Costumes and spooky games get you in the spirit of All Hallow's Eve.

North America’s got some big games on the menu this week, even if some of them aren’t on the eShop. The Wii U gets two Just Dance titles, Guitar Hero Live (though technically off-topic for our purposes since it's only available in stores) and Fatal Frame: Maiden of Black Water, while the 3DS will... Read more...