Mighty No. 9 will be out next Spring.

A new trailer has popped up, showcasing the game that still is a work in progress. Mostly consisting of gameplay from stages, there is footage of boss battles towards the end of the trailer as well.

At the very end of the trailer, an announcement that the game will be arriving in the spring of 2015 was shown.

The game will be available via eShop for $14.99 on both systems. However, a loyalty discount of $5 will be applicable to the 3DS version, so those who own other Nicalis titles on that platform--such as VVVVVV, NightSky, Cave Story, Ikachan or Grinsia--will be able to pick up this new title for $9.99.

Mario Kart 8 is now out worldwide, so what better time than to start up some tournament play!

Join the NWR staff and community alike as we duke it out over the weekend with some intriguing rules. Mirror races are implemented, with bikes and shells allowed only. Maybe a little restrictive, but... Read more...

The bundle from down under.

Two Pokémon 2DS bundles will be available to buy in Australia starting June 26.

The bundles will include either Pokémon X or Pokémon Y pre-installed on the 2DS. However, they are restricted to only the blue and black handheld. The bundles will retail at $179.95 a piece.

Mario Kart, Mega Man, Klonoa, and, most importantly, Luv Me Buddies out this week!

Not a whole lot this week in the Nintendo Download, but there’s one title everyone’s been waiting for. Yes, Luv Me Buddies Wonderland is finally out on the Wii U. Calm yourselves down, I know it’s been a long wait but the time has finally come. Oh, and some game called Mario Kart 8 will be arriving in a few days. But come on, we know the big players here in the Wii U field.

Newly revealed details include the tournament character roster and the addition of a secondary Fan Favorite bracket.

Nintendo has finally announced significant details for the E3 Super Smash Bros. Invitational tournament, including the roster of challengers, rules, and more.

A limited selection of only twenty characters will be available for the challengers to pick from. The sixteen tournament participants... Read more...

Get ready for Smash Bros. by breaking out your old GameCube controllers or possibly buy new ones. 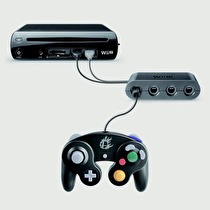 A GameCube Controller Adapter is coming to Wii U to be used with Super Smash Bros. It also appears that Nintendo will release new GameCube controllers with a Smash Bros. logo on them, too. We have reached out to Nintendo for confirmation.

The controller adapter will allow four GameCube controllers to be plugged into a USB-powered device. The adapter, however, will take up both of the front USB ports on the Wii U.

A special surprise? It better be Zelda related...

On Tuesday, Zelda Williams took to Twitter to tease a personal appearance and a surprise at E3. The daughter of Robin Williams is best known to gamers as the girl famously named after Princess Zelda, who appeared in the commercials introducing Ocarina of Time’s 3D remake. 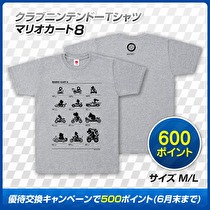 May 29 will see the release of a Mario Kart 8-themed t-shirt for Japan’s Club Nintendo members, arriving on the same day as the game itself.

The shirt is grey; it features twelve racers on the front such as Bowser, Toad, Mario, and Donkey Kong, and it will be available for 600 points in medium... Read more...

The Marvelous-developed 3DS game is Harvest Moon in all but name.

Xseed Games is localizing the most recent game in the Bokujo Monogatari (Harvest Moon) series for release this winter in North America. The game came out in Japan earlier this year as Bokujo Monogatari: Tsunagaru Shintenchi (Farm Story: Connect to a New World), but will be simply titled Story of Seasons in its localized form.

Is a release date not too far behind?

Bayonetta 2 has received a MA 15+ rating from the Australian Classification board, citing themes, violence, language, and sex as its main concerns.

The rating is the second highest allowed for games in Australia and restricts anyone under the age of 15 from purchasing the game. The board has described... Read more...

A Capcom employee has recently defended the current lack of Mega Man games in a post on Capcom's official message boards.

An employee by the name of GregaMan commented that, "Four years is certainly a large gap for Mega Man, which has some 129 titles to its name spanning just 25 years, but not an extraordinarily large gap for your average IP."

Pushing your way onto the Wii U on June 19 all over the world!

Update: Pushmo World is also coming out in North America and Europe on June 19.

Pushmo World is coming to the Wii U eShop next month in Japan.

Smash-Fest brings the masses the same 4-player Wii U demo E3 attendees will play, along with a chance to score a collectible coin.

Nintendo has fleshed out its plans to bring fans a slice of E3 by making the Wii U Super Smash Bros. demo available at Best Buy locations across the United States during the week of the Expo.

The event, now known as Super Smash Bros. Smash-Fest @ Best Buy, will feature the exact same Wii U version demo available to E3 attendees, including the option for matches with up to four players.

LEGO Batman 3: Beyond Gotham Coming to Wii U and 3DS 3DSWiiU

Batman returns but not in a Tim Burton way.

LEGO Batman 3: Beyond Gotham is coming to the Nintendo 3DS and Wii U.

Set right after the events of the previous game, LEGO Batman 3 sees the caped crusader heading into space with his fellow Justice League friends to defeat Brainiac and The Legion of Doom. This time around, along with the more... Read more...

The game comes to the European 3DS Virtual Console 28 years after its Famicom Disk System debut. 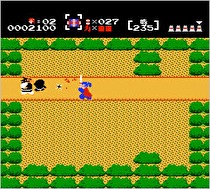 The Mysterious Murasame Castle has been scheduled for a May 29 release on 3DS Virtual Console in Europe. A Nintendo-developed title published in 1986 for the Famicom Disk System, it has previously never been made available outside of Japan.

The game, a contemporary of The Legend of Zelda, is viewed... Read more...

Todd Northcutt talks about some of the struggles with the service. 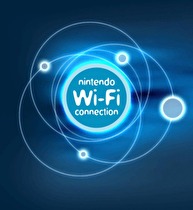 GameSpy had to fix all of Super Smash Bros. Brawl's problems server side. This was revealed in an episode of IGN's Nintendo Voice Chat with the former General Manager of GameSpy Technology, Todd Northcutt.

The Legend of Zelda: The Minish Cap Heading to Wii U eShop WiiU

The Capcom-developed Game Boy Advance Zelda game is coming soon to a GamePad near you.

The Game Boy Advance game The Legend of Zelda: The Minish Cap is heading to the Wii U Virtual Console on May 29 in Europe. It has been announced for an unspecified date in North America, as well, with simultaneous release in the two territories likely but unconfirmed.

Freshly announced features include crafting ability-augmenting badges. Plus, we get our first look at Impa as a playable character.

Hyrule Field is the location of the first level of the summer Wii U release Hyrule Warriors, according to a recent press release from Nintendo of America. Additionally, the upgrade systems for weapons and character abilities were detailed.

Today’s news solidified and expanded upon some of the... Read more...

A jaunty new color lands alongside the release of Tomodachi Life. 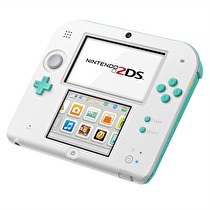 A new color option will soon be available for Nintendo's 2DS line of systems.

The Sea Green 2DS is scheduled for release on June 6 for a suggested retail price of $129.99. It features a white front and back with Sea Green coloring on the directional pad, face buttons, stylus, and edges.