A poll is being held for users to vote for which Mega Man game they want to be released first on the North American 3DS Virtual Console during Mega May.

The choices consist of:

Voting ends April 14 at 10 A.M. PT. The winning title will release on May 1, 2014, with the remaining games releasing each Thursday thereafter.

For a limited time you can become a real Pokémon Master. 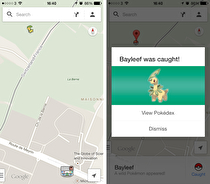 It was announced by Google that iOS and Android users who use Google Maps will be able to scour the world in search of Pokémon. The application updated earlier today and was accompanied by an April Fool's video on the Google Maps website, however, users will actually be able to catch the elusive Pocket Monsters in a small way.

A new trailer showcases some of the insane moves. 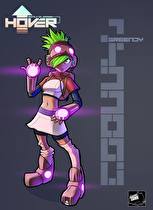 Hover: Revolt of Gamers will release digitally in late 2014 for the Wii U and other platforms. French indie studio Fusty Game also revealed a trailer for the alpha version of the new parkour game.

The first-person racing game takes place in a futuristic world where players run against each other... Read more...

Get ready to defend your 16-bit world in glorious 3D. 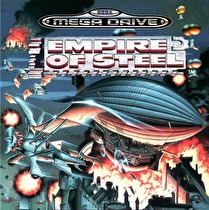 Steel Empire, a Sega Genesis shooter from 1992, will be released on the 3DS eShop this summer in America. The game is set to release soon in Japan, with no word on other regions.

After news of a Japanese release date surfaced, Starfish-SD responded to a user comment on their Facebook page, stating... Read more...

Even if Nintendo isn't. 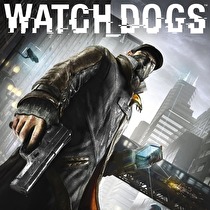 Child of Light and Watch Dogs will be featured demos at PAX East, running in Boston, Massachusetts from April 11 to April 13 this year.

Between the two demos, the turn-based RPG Child of Light will be the only one playable at the show, though specific playable platforms have not been announced. Watch Dogs, meanwhile, will have a brand new hands-off demo as well as the opportunity to receive a T-shirt upon pre-ordering on-site.

An official announcement may not be far off. 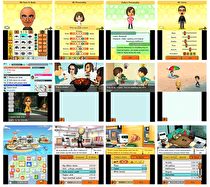 New English screenshots for Tomodachi Collection have been found embedded in a survey by NOE, after talk in the Wall Street Journal a month ago indicating that it may be coming to the West. There are also reports of Spanish and French screenshots.

After its initial release on the 3DS last year,... Read more...

You can check out scanned manuals for next month's slate of GBA Virtual Console games.

Nintendo is including scanned versions of the original instruction manuals from the GBA games on the Wii U Virtual Console in Japan. It's not clear if this is also the case in North America and Europe.

Additionally, all of the GBA games slated for release will be playable in single player only... Read more...

A T-shirt based on Yoshi's New Island is now available as a North American Club Nintendo Reward for 800 coins.

The green shirt shows Yoshi, with Baby Mario on his back, throwing a Mega Egg Dozer. The official Club Nintendo logo is also displayed proudly on the back. Those interested better hurry since the shirt is only available in limited quantities.

Bundled with a Disney Magical World case, this 2DS is practically perfect in every way.

A Peach Pink 2DS bundled with a Disney Magical World case is coming exclusively to GameStop.

The bundle does not include a copy of Disney Magical World, but will be released alongside it on April 11. This new 2DS variation will retail for $129.99. Disney Magial World offers players the chance... Read more... 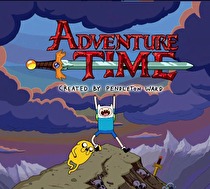 Little Orbit will be developing a new Adventure Time game, as well as a multi-property Cartoon Network game for release this fall.

Cartoon Network Enterprises has partnered with developer Little Orbit in the past, releasing a game based on the TNT series Falling Skies. It will now take place of developer D3, who has released Adventure Time and Cartoon Network games in the past.

Andross Returns as an Assist Trophy in Smash Bros. 3DSWiiU

Fox McCloud's greatest adversary is back in assist trophy form.

Andross will return as an assist trophy in the upcoming Smash Bros. games.

"Oh, Uncle Andross. He really isn't very considerate." developer Masahiro Sakurai mentions in the post. He also attached a picture of Andross on the field.

Hurry up and download your Layton puzzles! We have confirmation it's all going away. 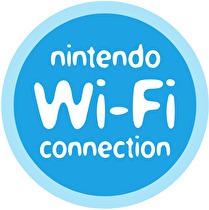 In case there was any doubt, all free content in Wii and DS games will be going away when the Nintendo Wi-Fi Connection shuts down on May 20. However, anything you paid for will still be able to be downloaded.

Amid some confusion regarding what DLC is going to be available, a Nintendo representative told us that free content, such as Picross 3D puzzles and Dragon Quest IX quests will no longer be available.

Get your haggling stylus ready for this 3DS eShop title!

Rusty's Real Deal Baseball will be out on the 3DS eShop next Thursday. It is another one of Nintendo's free-to-play-styled games, following Steel Diver: Sub Wars.

The game features a series of baseball-themed mini-games. Initially, you only get one mini-game with the option to buy more. However, if you sweet talk and haggle with the titular character Rusty, you can receive more mini-games at a lower price than normal.

Due out later this year, Twisted Fusion makes use of different day/night cycles and weather events to keep the world fresh.

From one-man developer Leuvsion, Twisted Fusion is an open-world action platformer starring Cora, a girl who uses dual water pistols as her main attack. A day/night system and weather system is present, with the... Read more... 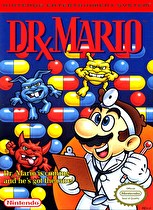 Everyone's excited about the upcoming Game Boy Advance releases next week for the Wii U but sit tight, everyone! That's next week. This week we have skating cats, plumber doctors, and stylish stylists. Oh, and there's Clu Clu Land. But hey, it beats Volleyball or Tennis at this point. 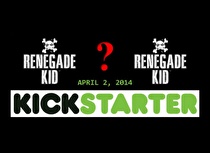 Renegade Kid, developer of Mutant Mudds and the upcoming Moon Chronicles, will be launching a new Kickstarter campaign next week on April 2.

A Facebook post from Renegade Kid's page states that it will be for a console game. However, there hasn't been any indication if this mystery fund campaign is for a sequel, a total new game, or even to aid a current project.

Style Savvy Trendsetters Updated and Will Be Re-Released in Japan

With 5 new modes including a dating simulator! 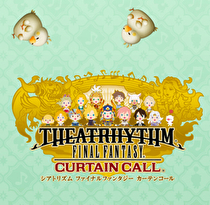 Square Enix has recently announced another hefty handful of tracks that will be in Theatrhythm Final Fantasy: Curtain Call.

Chubbins Announced for Wii U WiiU

The plump bunny is hopping to your living room.

Chubbins, a Unity-developed game release, is coming to Wii U.

Dhaku, the two-man studio behind the game, is behind the release. Originally an iOS game, the developers are now porting it over to the Wii U.

The game follows a bunny named Chubbins in a platformer containing 40 levels across five... Read more...

Sonic gets to open treasures chest, get pieces of heart, and fight Stalfos. Also, Link's on a Loftwing.

New Zelda-themed downloadable content is coming March 27 for the Wii U version of Sonic Lost World.

The free content is a stage with a Legend of Zelda theme. Wearing a green tunic familiar to Link's, Sonic's goal in the level is to slow down from his usual frantic pace and focus more on exploring... Read more...