Shadow of the Eternals Has Been Placed 'On Hold' WiiU

It's not dead, it's just taking a nap. 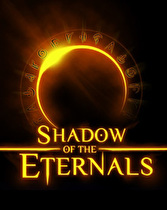 Shadow of the Eternals is being put on an indefinite hold according to Denis Dyack, Chief Creative Officer of developer Precursor Games.

The game was in development for the Wii U, among other systems, but has faced many problems on its journey. The first Kickstarter for the game was canceled shortly after being announced, and the second Kickstarter failed to reach its funding goal.

Get ready for news about Q4's Wii U and 3DS games!

UPDATE: We just received confirmation of the Australian direct at midnight tonight AEST.

Nintendo is broadcasting their next Nintendo Direct video tomorrow, October 1 at 10am EDT/7am PDT. The presentation focus on upcoming 3DS and Wii U games slated for release by the end of the year.

by Zack Kaplan - 11:11 am EDT
Discuss in talkback! Source: Mighty No. 9 Kickstarter, http://www.kickstarter.com/projects/mightyno9/migh...

The new game from Keiji Inafune could be coming to the 3DS eShop.

Mighty No. 9 may come to the 3DS if a new Kickstarter stretch goal for the game is met.

If funding reaches $3,500,000, the game will be ported to the 3DS, along with the PS Vita, most likely by Abstraction Games, the team behind the Vita port of Hotline Miami. As of this news story, funding has reached $2,889,027 with a little more than two days to go.

Just in case you were waiting for it.

After releasing in Japan’s eShop earlier in September, Super Street Fighter IV’s digital download will now be available for $19.99 in the US. While keeping all the recognizable mechanics of Street... Read more...

Time to break out those wallets, JRPG fans!

It's a light week unless you have a pension for strange eShop titles or pets, but there are some quality titles buried in there.

Etrian Odyssey Untold: The Millennium Girl will finally be releasing (which you can read our review of here) on the same day as Rune Factory 4, so RPG fans will have their plates full. In addition to that, if you didn't pick up Shin Megami Tensi IV, then now is your chance. JRPG fans rejoice! This week is for you.

Five DLC packs will be made available via this season pass. 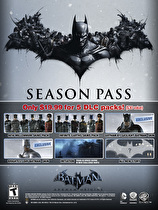 The DLC Season Pass for Batman Arkham Origins has been confirmed for release alongside the main game on Wii U.

Available for $19.99 in North America, the Season Pass will provide access to five pieces of downloadable content. Two of the DLC packs will be single-player content; the first item, Arkham... Read more...

Toon Link Joins the Roster for Super Smash Bros. for 3DS and Wii U 3DSWiiU

The cel-shaded hero returns, with his giant cat-eyes in full force.

Toon Link will return as a playable fighter in Nintendo's upcoming Super Smash Bros. for 3DS and Wii U. 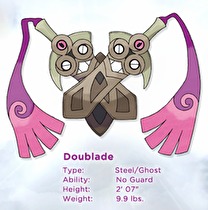 The original 3DS isn't dead yet in Japan.

Two new colors for the original Nintendo 3DS line, Pure White and Clear Black, are set to release in Japan on October 10 for 15,000 yen. When they release, that will bring the number of available color variations for the original 3DS to five.

Today high-end figure manufacturer First 4 Figures started taking pre-orders on a new line of figures based on the Super Mario series. The first figures in this line are based on Tanooki Mario from Super Mario 3D Land. 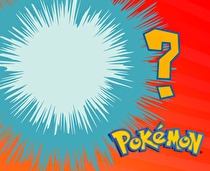 Gearing up for the October 12 release of Pokémon X and Y, the official Pokémon Facebook page for North America has been flooded with new Pokémon updates. The last two new Pokémon were... Read more...

Let me show you my multi-cultural Pokémans

In an upcoming NWR interview with Juinichi Masuda that will be releasing later this week, Masuda revealed that Pokémon X and Y will have multiple Pokédex entries corresponding to the language of the game they're from.

While talking about new features in the new games, Masuda said that when players "…trade a Pokémon that comes from a different language in the game [they will] unlock that entry in the Pokédex for that language." 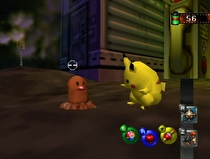 When asked if he had considered a new Pokémon Snap title that uses the GamePad,... Read more...

The makers of Etrian Odyssey and Shin Megami Tensei are being purchased by Sega.

Sega will reorganize Atlus into its company and, according to Atlus previously, their brands will not change because of new ownership.

It's not enough that Nintendo is releasing the inevitably awesome HD remake of Wind Waker (which you can read our glowing review of here), oh no, they also have to pile on Monster Hunter discounts and tons of eShop games. Seriously, my wallet can't handle releases of this magnitude. I'm considering writing a strongly-worded letter to Nintendo asking them to just slow down a bit so I can catch up!

Vicarious Visions quietly began work on the third game before the first one even launched. Wacky, right? 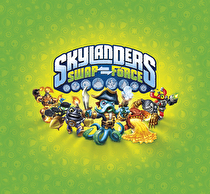 Preproduction for Skylanders Swap Force began in 2011, according to representatives from developer Vicarious Visions at a recent event at their studio in Albany, N.Y. That means the third Skylanders game was in development before the first Skylanders game, Spyro's Adventure, even hit stores.

Time to grow up. 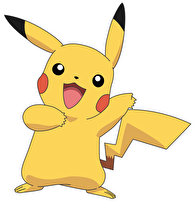 Pokémon will no longer have the cries they had in the past generations. All Pokémon, including Pokémon from the first couple generations, will have cries similar to the Pokémon in X and Y. Older Pokémon will have updated cries, especially Pikachu.

In X and Y Pikachu's updated cry will be from the anime. It is the only known Pokémon whose cry is like this.

Additionally, when players battle other rollerskaters and defeat them the skaters will teach them new tricks they can perform while rollerskating.

Yet another positive changed in the upcoming Pokémon games.

After capturing a Pokémon in X & Y, the Pokémon the trainer went into battle with will now receive experience points.

In past iterations of the franchise a player’s Pokémon would not gain any experience after capturing a Pokémon. This is yet another positive, although minor, change to the existing formula.

North America to Get Free Month of Pokémon Bank 3DS

We also found out what happens to stored Pokémon if the annual fee isn't paid.

North America will be getting a free month of Pokémon Bank. After the trial is up, players will have to pay an annual fee. This exact price of this service will be announced at a later date.

Some players may also be wondering what happens to Pokémon stored in Pokémon Bank if their service runs... Read more...

Switch Alone With You Jul 30