More finger pointing and monster hunting than you can handle!

Ace Attorney 5, or Phoenix Wright: Ace Attorney - Dual Destinies as it will be called in English territories, is set to occur one year after... Read more...

Nintendo Japan has announced that the upcoming Luigi themed 3DS XL will come to Japan on July 18, and will be bundled with Mario & Luigi: Dream Team.

Get your GIF on this summer.

Flipnote Studio 3D will be coming to the Japanese Nintendo 3DS eShop on July 3, and will feature six colors, three layers, and exporting options of AVI or GIF filetypes for short animations.

The North American release of the game is still slated for this summer, although no specific date has been announced.

You could be creating infinite Batmen in September.

5th Cell's newest game, Scribblenauts Unmasked: A DC Comics Adventure, is slated release later this year on September 24, according to a source close to publisher Warner Bros. However, the source noted, this date could change.

The game, coming to Wii U and 3DS, will feature DC Comics characters, and will be published by Warner Bros. Interactive.

Coming to Japan on July 25. 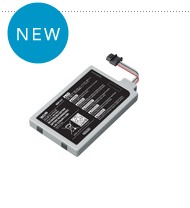 Nintendo will be releasing a battery pack with a larger capacity for the Wii U GamePad in Japan on July 25 for 3,150 yen.

Though third party batteries have recently become available, Nintendo doesn't want to be left out of the party. Their 2550mAh battery hold a charge that lasts 5-8 hours, an improvement over the included 1500mAh batteries that last 3-5 hours. 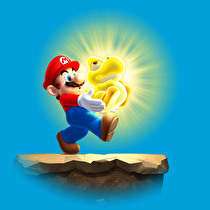 A member of the Developer's Room has announced on MiiVerse that an upcoming update for New Super Mario Bros. U will add Wii U Pro Controller support. The patch will go live before or on the day New Super Luigi U launches.

Additionally, players will be able to purchase New Super Luigi U within New Super Mario Bros. U instead of having to go through the eShop.

Get your jet pack ready!

Renegade Kid has confirmed that Mutant Mudds Deluxe will hit Wii U on June 13, and has revealed a new trailer. This is great news considering the delay of the game earlier this year.

This version will feature 20 new ghost levels and the DLC from the 3DS version. Check out the trailer below.

Not one, but two Zelda games!

We've got it all this week: time travel, weather control, bodysuits, robots, and demons. Break out that 3DS, because you're going to be saving the world for quite some time if you pick up both the the Oracle games. There's something for everyone this week. Hopefully Nintendo keeps this download momentum going!

Six years after the console's launch, Nintendo sees fit to introduce this much requested functionality.

A first-party Nintendo Wii Remote rechargeable battery pack and charger will be released in Japan July 13.

Nintendo promises that using this set, a Wii Remote will regain one hour of play time after nine minutes of charge time, while a full 90 minute charge will allow for 13 hours of gaming. 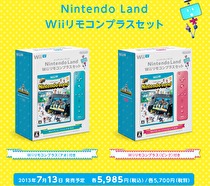 Nintendo Land will be available in a special Wii Remote Plus Set in Japan starting on July 13. The set retails for 5,985 yen ($59.38) and includes a physical copy of Nintendo Land alongside either a pink or blue Wii Remote Plus. The stand alone version of the game costs 4,935 yen (around $48.96). This is the first time that Nintendo Land has been offered in a bundle in Japan.

Nintendo is adding a little bit of variety to the Wii U in Japan.

A White Wii U Premium Set, or Deluxe Set as it is known in the West, will be available in Japan starting July 13. The new variation will retail for the standard price of 31,500 yen (about $312.72). Currently, the White Wii U is only available with the Basic Set, which comes equipped with 8 GB of storage while the Deluxe offers 32 GB.

Hey everyone, Curtis (aka "CurtDogg") here, and I'm gonna be taking over the official Nintendo World Report Twitch channel every Monday, Wednesday, and Friday at 3:00 p.m. Pacific Time. I'll not only be streaming/commenting on the various games in my backlogg, but I'll also be interacting with all... Read more...

Capcom has unveiled more details about the upcoming Dungeons & Dragons: Chronicles of Mystara which will be releasing June 18 on Wii U eShop.

In addition to again confirming online co-op and GGPO netcode they also detailed other new features:

Until June 20, Europeans, Australians and New Zealanders can buy the games cheaper! 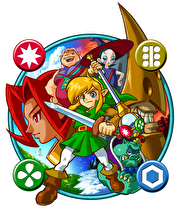 The Legend of Zelda Oracle of Ages and Seasons Game Boy Color games will be releasing this week for the Nintendo 3DS Virtual Console across Europe, Australia and New Zealand.

The games will be released at a reduced price and will remain until June 20. The prices during the sale and after are:

If there's an extremely nonsensical mystery afoot, fear not - Mackenzie and Funghi are on the case once again.

Touch Detective 3, the third in the series of point-and-click adventure games that began on Nintendo DS, has been announced for 3DS.

This latest adventure, which when translated from Japanese has the full title of Touch Detective Rising 3: Does Funghi Dream of Bananas?, is being developed by BeeWorks... Read more...

Could Retro be working on something entirely new?

Retro Studios could be working on an all new game, according to one staffer at IGN.

In a video playthrough of Super Metroid on IGN, one of the commentators commented on Retro's new game, saying that he has heard rumors of it being an all new IP. Though not a rumor posted on the site, IGN has been right in the past.

DiRT Listed on Amazon for Wii U WiiU

UPDATE: Codemasters has no idea why this was listed.

Update: Codemasters, the developer of DiRT, says it does not have a product in development for Wii U.

DiRT has been listed for the Wii U on Amazon.

Orignally shown in a sizzle reel during the reveal of the Wii U at E3 2011, Codemasters  has been very quiet concerning the game since then. There has been no official word confirming or denying this listing. 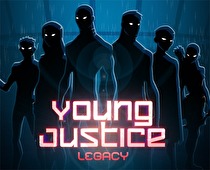 Little Orbit has released the first trailer for Young Justice: Legacy, showing off an array of playable characters and some basic gameplay.

The game takes place between Season one and two of the Cartoon Network series and incorporates all 12 of the team members from the show. Each character will... Read more...

This item is swarming with Mario villains! 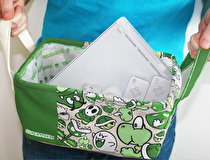 A Super Mario Accessory Box is now available as a North American Club Nintendo reward. The new item costs 700 Club Nintendo Coins and is only available in limited quantities.

The Super Mario Accessory Box is green and has various Mario series villains printed on it. The item is shown as being a great place to store games, consoles, and accessories.

Namco Bandai has released a new trailer for the upcoming Digimon World Re:Digitize today. The trailer shows off some gameplay from the Nintendo 3DS version of the game.

Digimon World Re:Digitize was originally released for PSP last year along with Digimon Crusader in accordance with the show's 15th year anniversary. The 3DS version will feature new content including new Digimon and areas.