Early reports said May 2, but it's looking like the wave won't hit the States until May 30.

Now you can buy used and still give money to Nintendo!

Who let the release date out? Woof Woof Woof!

Watch_Dogs is releasing on November 19 in North America and November 22 in Europe.

Besides the standalone game, purchasers have multiple choices when it comes to what to buy. First off is the big one: the Dedsec edition, which comes with exclusive DLC, a figure of the main character, a collector's... Read more...

Nintendo is looking to expand its business by allowing electronic payments on its home console. 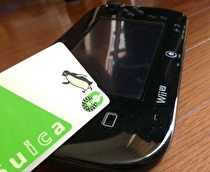 Nintendo revealed that they are preparing to allow electronic payments via the GamePad’s NFC (near field communication) reader on the Wii U. While no specifics were given as to when gamers will be able to utilize this payment method, the ability to make payments through the NFC reader would allow... Read more...

Three more are also confirmed for next week! 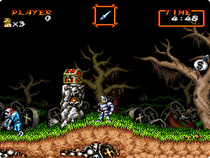 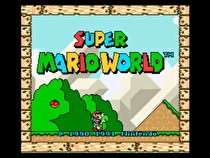 The Wii U Virtual Console is up right now on the Wii U eShop. 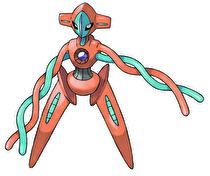 This Deoxys will be available via Nintendo Wi-Fi Connection and will come to players at Lv. 100. The moveset of this legendary creature has yet to be revealed.

The Wii U system update is officially live in North America and Europe. Our staff are updating their Wii U's as you read this. Here are the full list of features:

New Features:A standby function to download and install software while the system is powered offSoftware purchased from the Nintendo... Read more...

Nintendo Will Host Two Smaller Events at E3 2013, One for Media, One for Partners

They're still using the Nokia Theater (for partners), and they'll be letting select media onto the show floor earlier. 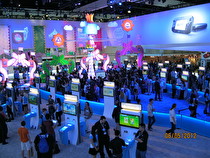 Nintendo will host two events at E3 2013, a partner presentation in the Nokia Theater and a media event on the show floor before it opens, instead of their traditional E3 press conference on the Tuesday morning before the show kicks off. Charlie Scibetta, Nintendo of America's Senior Director of Corporate Communications confirmed this in a PR e-mail.

Get a taste of Rayman, pile up junk, and power up that Mega Buster!

Did you feel slighted by Rayman Legends delay? Perhaps you took to Twitter and threw shade at Ubisoft all day. Maybe you went ham on the UPlay Miiverse community. Well, Ubisoft listened, and today you get your consolation prize, the Rayman Legends Challenges App. It's free, but if you've got some... Read more...

The latest 3DS life simulator is already doing pretty well for itself after only a few days on store shelves.

Couple the maintenance in with the rumor mill, and your Wii U might be quicker by the end of the day.

With extended maintenance being done on the Wii U and its eShop between 5 p.m. and 7 p.m. PT (8 p.m. and 10 p.m. ET), it is very likely that the Wii U's inaugural system update will debut sometime after that, which falls in line with the Thursday launch for the eShop we reported earlier in the week.

Alongside the free app on Wii U, Ubisoft confirmed a September release date for the delayed game.

The Challenge App will only... Read more... 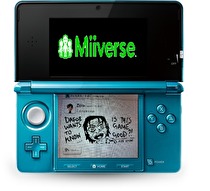 Miiverse will be integrated into the 3DS by the end of this year, Satoru Iwata has announced in the recent Nintendo financial results briefing. While you can now access a limited version of Miiverse through the web, Nintendo plans to flesh it out specifically for the 3DS.

"This will facilitate... Read more...

Nintendo is aiming to host several smaller events in place of a large one. 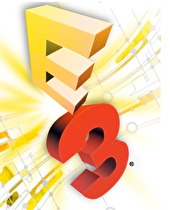 Nintendo revealed during their financial results briefing that at this year's E3, the company plans to host several smaller events in lieu of a large presentation.

During the event, Nintendo Satoru Iwata explained "Unlike previous years, we will not have a large-scale [E3] presentation directed... Read more...

The Wonderful 101, Wii U Party, and Wii Fit U Slated for Summer Release WiiU

The Wonderful 101, Wii Fit U, and the new Wii U entry in the Wii Party series are all slated for a summer release in Japan, Europe, and North America, as reported by Nintendo's recent financial briefing.

Specifically, the use of the term "summer" implies that the games are releasing between the end of June and the middle of September. However, no further details have been provided.

While it might not launch until 2014, it seems to be a safe bet for release within a year.

Yoshi's Island 3DS appears to be a late fiscal year 2013 release, meaning that it should come out on the 3DS before March 31, 2014. This appears to confirm the release window for the game, which wasn't given during the reveal on last week's Nintendo Direct.

They might have a release date of "TBD," but hey, at least they might come out in each region.

Shin Megami Tensei X Fire Emblem and the untitled Monolith Soft Wii U game, dubbed X courtesy of its debut trailer, are both scheduled to be released in North America and Europe, according to Nintendo's latest financial briefing. However, the current launch date is to be determined, which is the same as the Japan schedule.

Nintendo has now made the web-based Miiverse service available to all Nintendo Network users. The release of the service came during Nintendo's financial results briefing.

Upon signing into your account, you are greeted with options to visit your activity feed, your own profile, your notifications, and the various communities. You can access all of your favorite communities and even comment on other Miiverse posts.