A free, Super Mario Bros. themed special AR card and application are coming to stores across Japan later this month.

The prepaid card doubles as an AR card which can be used with Nintendo 3DS downloadable AR software.... Read more...

The new Pokémon will also be shown on the Japanese TV program, Pokémon Smash.

A new Pokémon from the upcoming games Pokémon X and Pokémon Y is being revealed next Saturday.

The official Pokémon Twitter announced that news about X and Y would be revealed next Saturday. The news will be a reveal of a new Pokémon, according to a post on Serebii. The reveal of a Pokémon was also announced on the Japanese TV show Pokémon smash.

More missions, more characters, more Fire Emblem. Are you in?

Another two sets of downloadable content for Fire Emblem Awakening have been made available in North America.

"Rogues and Redeemers 1" is the first in a trilogy of DLC packs starring classic characters from the entire history of the Fire Emblem franchise. In this high-level map, the game's protagonist, Chrom, goes into battle alongside 10 series veterans, including Ephraim, a major character from GBA title The Sacred Stones.

Ubisoft Wii U Titles on Sale on Australian eShop WiiU

All the games are now 50% off their original list price. 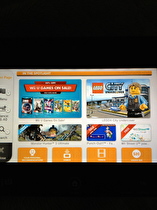 Ubisofts Wii U games are now 50% off their Nintendo eShop retail price until April 4.

The titles and prices are as follows:

New Etrian Odyssey Is Coming to Japan in June 3DS

New game is heavier on story and features voice acting.

A new entry in the Etrian Odyssey series will be released as early as June, revealed Famitsu. Contrary to previous rumors, the game titled Shin Sekaiju no Meikyu: Millennium no Shojo (New Etrian Odyssey: The Girl of Millennium) is not a remake of the original Etrian Odyssey, though it is set in the same universe.

Batman Arkham Origins to be Released Later This Year? RumorWiiU

Could the Dark Knight's next escapade involve other members of the Justice League?

Batman Arkham Origins is a Silver Age-inspired prequel and could be revealed at this year's E3, a recent report suggests.

The third game in the N series is coming. Which systems will pick it up?

N++, the sequel to N+, was officially announced by developer Metanet Software during a panel at this week's Game Developers Conference (GDC).

Metanet Software most recently released an entry in the N series on the Nintendo DS in 2008. Since then, the developer has been struggling while attempting to develop games outside of the N franchise.

Collecting Smiles announces a contest as well, offering up a Wii U. 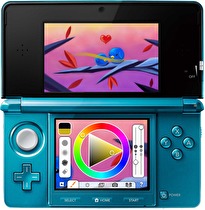 Colors! 3D, a drawing application available on the 3DS eShop, will receiving a long-in-the-works update on April 5.

As noted on developer Collecting Smiles' website, features of the update include:

• Follow your favorite artists in the gallery to make sure you don’t miss any of their paintings.

Vigil's last game will no longer be sold digitally at the end of the month.

Action-adventure game Darksiders II will be taken down from the Wii U eShop in Europe on March 31, 2013, according to The Nintendo Channel.

European users who have already bought the title digitally will still be able to re-download it from the eShop, but the game cannot be purchased after this... Read more...

Music and fish, the greatest combination of anything ever.

Slim pickings this week, gang. However, when one of them pickings is HarmoKnight, you don't talk sass. Got it?! What else is on tap? Natsume's Legend of the River King is up for grabs on the 3DS Virtual Console, and retail releases Sonic & All-Star Racing Transformed and Resident Evil Revelations... Read more...

The quest to find the best is over.

The social network will be more deeply integrated with games. 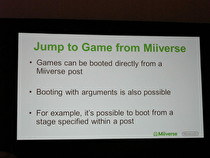 Nintendo is planning updates to Miiverse functionality, including the ability to more deeply integrate the social network with Wii U games.

The Miiverse API will be updated in a future version of the Wii U Software Development Kit to include features to improve interactions within games, producer... Read more...

Game & Wario turns the Miiverse into a microgame. 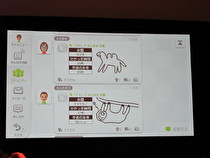 Game & Wario will include a Miiverse-centric feature called Miiversketch, which tasks players with quickly drawing items from memory.

Miiverse Coming to Smartphones and PCs by May, 3DS at a Later Date WiiU3DS

Nintendo on my iPhone? The end is nigh.

Nintendo's Miiverse, a social network for the Wii U, will be coming to PC and smartphone browsers in April or May, with a 3DS version coming at a later date.

Movies and TV shows on Netflix can now be accessed through Nintendo TVii. 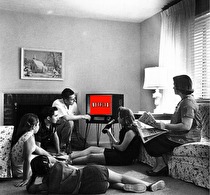 Shows and movies on Netflix have always been viewable on the Netflix Wii U app, but with Nintendo TVii, you can search for content and be given the choice of how to view it. Netflix will now be a choice when applicable.

The company behind Guitar Hero and Rock Band is working on three new titles.

Harmonix, the company best known for music games like the Rock Band series, is working on three new games.

Brad Feld, the managing director of The Foundry Group and new member of the Harmonix Board of Directors, confirmed that three new titles are in development at the company. No other details are known about these games, although one of them is thought to be a real-time combat game.

Kung Fu Rabbit Kicking Its Way Onto Wii U WiiU

Kung Fu Rabbit has been announced as a Wii U eShop game.

Originally released on iOS and Android devices, Kung Fu Rabbit is a 2D platformer following a rabbit on a mission to rescue his disciples, who have been bunny-napped by Universal Evil.

It turns out that being Vice President of the World has a few interesting perks.

Citizens of Earth, a role-playing game said to be inspired by seminal Nintendo title Earthbound, has been announced for the Wii U eShop early next year.

Developed by Canadian outfit Eden Industries, Citizens of Earth stars the Vice President of the World, who returns to his rural home town following... Read more... 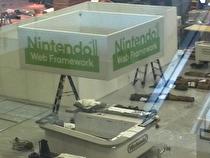 Nintendo Web Framework is being revealed at the Game Developer's Conference (GDC) this week.

ZombiU Patch is Now Available in US, Coming Soon Everywhere Else  WiiU

The 1.2 patch will provide fixes for several game-breaking bugs.

A patch for Wii U launch title ZombiU has gone live in North America, and is expected to soon be available worldwide, Ubisoft has confirmed.

The 1.2.0 software update, which requires just 18MB of storage space to download, fixes a number of bugs that prevented progress or caused the game to crash, as well as various other glitches.