M-rated DS game gets a second run at retail, but now with new box art. 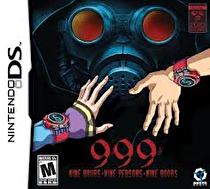 Initially released for Nintendo DS in 2010 as a limited run, the game was difficult to find at many retailers, with some copies being sold well above the MSRP due to their rarity.

Nintendo reveals the first set of downloadable levels for the hit 3DS title.

In the latest Nintendo Direct video announcement from Japan, the company has announced new details on how optional level packs will be available in New Super Mario Bros. 2. The DLC feature was announced earlier this year, but no other details were known until now.

The first set of DLC will be grouped... Read more...

UPDATE: The event will have a 3DS focus.

We have no idea what the content... Read more...

Nintendo to Showcase Wii U at EB Games Expo 2012 WiiU

Aside from the Wii U being playable, there is one other surprise!

Nintendo Australia and EB Games have announced that the Wii U will be showcased at the upcoming EB Games Expo, which is being held at Sydney Olympic Park from October 5 - 7, 2012.

There will be a total of twelve games available to play, which include:

by Patrick Barnett and Tyler Ohlew - 7:47 am EDT
Total comments: 10

They Came by Wave, you bought by bucks. 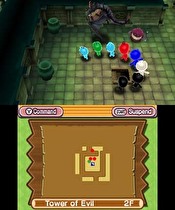 This week's Nintendo Downloads brings us Genius Sonority's The Denpa Men: They Came By Wave, Game Boy's Quarth, and Hitoryi, all for the 3DS eShop. DSiWare gets some love as well with the release of Kart Krashers. Lastly, SNK remembers the existence of the Wii Virtual Console and provides it with the third installment of the Real Bout series. 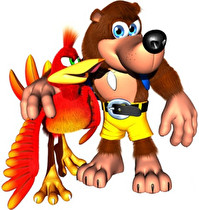 Ex members of Rareware have banded together to form Mingy Jongo, a Twitter account expressing an interest in creating a spiritual successor to their acclaimed Banjo-Kazooie series. The intention thus far is simply to gauge public opinion and build developer interest in the potential project. Core... Read more...

Earlier this morning Nintendo of America released an updated list of upcoming Wii U games, including eight known downloadable eShop titles from independent developers. Seven of these games were given a "November" release date, but even if they miss the November 18 launch of Nintendo's new console they would still come out very soon after the console's launch.

Not to be confused with Harpo Marx Knight.

Masuda told IGN that “In terms of a North American or European release, it's definitely something we'd like to do, but we're working out the details with Nintendo now and seeing what would be the best way to get that to players.”

Still some surprises yet for Nintendo's upcoming home console.

In an interview with IGN, Nintendo of America President Reggie Fils-Aime made it clear that there are unannounced Wii U titles in the works, some of which are intended for the five-month long launch window.

In addressing the purported concerns over the company's lack of announcements of post launch... Read more...

DSiWare gets some Club Nintendo love. 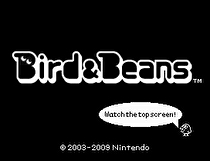 The DSiWare game Bird & Beans is now redeemable as a Club Nintendo reward. The title costs 100 coins and will be available until October 7, 2012.

Bird & Beans is a remake of the mini-game Pyoro found in the GBA's WarioWare Inc.: Mega Microgame$.

Early this morning, Nintendo of America confirmed 23 games will be on store shelves for the November 18 launch of Wii U. The total is a slight decrease from our initially projected 27 titles.

Reggie talks a little more about the Wii U.

More Wii U facts have been brought to light after an interview with Nintendo of America's President, Reggie Fils-Aime by gaming website Kotaku. For instance, Fils-Aime revelaed that the Wii U eShop will be region locked. The eShop will be available at launch along with video chat, an internet browser, and Nintendo Tvii. Fils-Aime added that there would be no pre-downloaded games like Find Mii on the Nintendo 3DS.

Wii U Not Selling at Loss, Nintendo Believes in Value WiiU

Some financial details about Wii U's production and pricing.

Nintendo's latest console is not selling at a loss to the company, a recent interview Games Industry International held with Nintendo of America CEO Reggie Fils-Aime revealed.

According to the company president, Nintendo strongly believes in providing consumers with strong value in their products right from their launch.

Nintendo licenses the engine for both first and third party development on the system.

Nintendo has signed a long-term deal with Unity Technologies to bring the Unity game engine to Wii U.

The deal will provide access to the Unity engine's development tools for Nintendo's internal teams and all of their affiliated third-party partners. This makes the Wii U the first dedicated... Read more...

Unozawa also reported that 75% of 3DS owners in Japan have connected their device to the internet. This number had risen since the January report of only 60%.

Game director Yuji Naka is unsure of the project's fate, but wants to work on Wii U.

Rodea The Sky Soldier may never see release on Wii despite having been completed for a year, according to Prope founder Yuji Naka.

In an interview with Polygon, the co-creator of Sonic The Hedgehog expressed a great deal of uncertainty when as to the release plans of his sky-based action game,... Read more...

Wii U Will Be Region-Locked WiiU

Those hoping to import foreign Wii U games are out of luck. 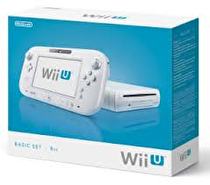 The Wii U will be region locked, as reported in the most recent issue of Famitsu and confirmed via translation on Twitter.

Nintendo Australia has revealed the pricing and release date for the Wii U in New Zealand.

The Wii U Basic Pack will retail for NZ$469.95, while the Wii U Premium Pack will be set at NZ$569.95. The system will be launching in New Zealand on November 30, 2012, the same day as in European and Australian markets.

Or, why Nintendo isn't yet focusing on individual GamePad sales.

The main reasoning behind Nintendo's lack of information regarding availability of standalone GamePads, is that at this time, the inventory of the device is being funneled into bundle packages for launch day.

This information comes from a recent interview with Reggie Fils-Aime, who makes the strategically-sound... Read more...