The new system and game cash in during their first weekend.

Enterbrain has reported that Nintendo has sold 193,441 3DS LL systems in its first weekend on sale in Japan. The 3DS revision was released on a Saturday, with the figures only representing units sold on July 28 and July 29.

Meanwhile, New Super Mario Bros. 2 sold 430,185 units in the same timeframe. These numbers do not account for the downloadable version of the game.

The Icarus Kid is the third Nintendo character to get the Figma treatment. 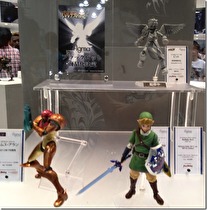 At the 2012 Tokyo Wonder Festival figurine trade show held last weekend, toy manufacturer Max Factory and their distributor Good Smile Company revealed that Pit from Kid Icarus Uprising will be getting a Figma in the near future.

For those new to the world of Figma, it is a series of fully poseable action figures famous for their extensive articulation and accuracy to detail despite their relatively small size. 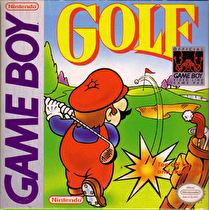 Golf for the original Game Boy is now available as a North American Club Nintendo award for 150 coins. Replacing the DSiWare tower defense title, Starship Defense, the 3DS Virtual Console title will be available until August 12.

Look forward to the Wii U eShop title this winter.

Little Inferno is coming to the Wii U eShop later this year. It is being developed by some of the developers that brought us World of Goo and Henry Hatsworth who have joined forces under the name Tomorrow Corporation.

The Wii and 3DS version of the game will see release this October. 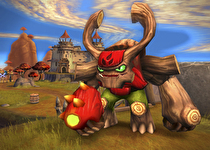 The Wii and 3DS version of Skylanders Giants will release in North America on October 21, and in Europe on October 19, according to CVG.

Both titles will be coming in October; the Pokédex 3D Pro app also gets a mention. 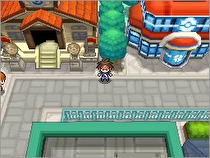 Pokémon Dream Radar is a downloadable title for... Read more...

Come take on a quest with the Nintendo World Report community this Monday, July 30, in Heroes of Ruin. The action begins at 9 p.m. Eastern/6 Pacific (1 a.m. UTC for anyone overseas). Exchange friend codes in the Talkback below, or check out our official NWR 3DS Friend Code thread located in the Handheld Discussion section of the forums.

Wario Land has finally made its way to North America, and it is joined by a slew of other games. 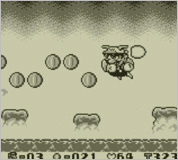 8-Bit Summer continues this week with two 3DS Virtual Console games as well as two eShop games, a DSiWare title, and even a Wii Virtual Console game. It has been quite a month of downloadable games, and Nintendo seems to be showing no signs of slowing down.

Wii Out of Stock at Multiple Online Retailers Wii

The Wii is not in stock at major internet retailers such as GameStop.

Update: Wii is back in stock at the websites for Target and Best Buy.

Brand new Wii consoles are currently not in stock at a number of popular online retailers including Best Buy and GameStop.

On the websites for Target and GameStop, the Wii is listed as backordered, and Best Buy has disabled... Read more... 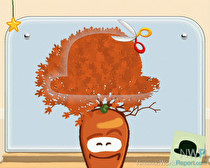 Bonsai Barber is available as a Club Nintendo downloadable reward for 150 coins until August 5.

Replacing Mario Tennis 64, Bonsai Barber, developed by Zoonami, places players in control of cutting, styling, and coloring the "hair" of various vegetables. Get medals and rewards while you unlock different hairdos to use.

The famed Nintendo creator's 1997 puzzle game is the newest addition to 8-Bit Summer. 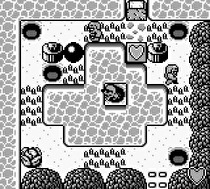 Mole Mania, a 1997 Game Boy game worked on by Shigeru Miyamoto, is coming to the 3DS Virtual Console tomorrow, according to Nintendo of America.

Mole Mania is part of Nintendo of America's 8-Bit Summer initiative, which began at the beginning of July. It is a puzzle game in which Muddy Mole... Read more... 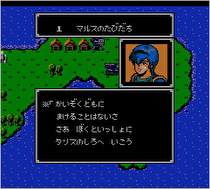 Fire Emblem: Ankokuryū to Hikari no Ken (Shadow Dragon and the Blade of Light) is coming to the Nintendo 3DS Virtual Console on August 1st for 500 yen. The title, which is the first in the Fire Emblem series was originally released in 1990 for the Famicom. The game has been remade a few different... Read more...

Nintendo will be holding a Dragon Quest X Direct in Japan next week on Monday, July 30 at 8 p.m. JST (7 a.m. ET, 4 a.m. PT in North America). The event will highlight various aspects of the game including general gameplay and online play. Dragon Quest X Direct is being broadcast on Nico Nico Video, Ustream, and Nintendo of Japan's Direct homepage.

As of today, the hardware isn't selling for less than the price of manufacturing it. 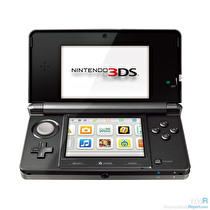 Nintendo is no longer selling the Nintendo 3DS for below manufacturing cost starting July 25, according to the company's first quarter financial results.

Nintendo began selling the hardware at a loss following the drastic price cut the system received last fall. Nintendo did not specify how much they were losing per hardware unit.

A new 3DS XL model with a transparent casing? Color us interested.

A transparent Nintendo 3DS XL prototype was shown off in the Iwata Asks for the 3DS XL.

The transparent casing was the demo model for the new system. The model was used to help show the new system's inner workings during the segment.

The 3DS XL comes out on July 28 in Japan and Europe, and August 19 in North America.

And Tezuka exclaimed "Everything must be gold" and then, it was gold.

"This is great," Mario Producer Takashi Tezuka said to New Super Mario Bros. 2 Director Yusuke Amano when he first saw the coins emitting from Mario's block-adorned head. "You can make all kinds of stages like this!"

And that's how the gold influence became a focus, according to Amano in the latest... Read more...

Mario gets shot out of a cannon and then can't stop running!

Mario is shot out of a cannon, and then will continue to dash until the end of the level. You have to time your jumps to collect coins and dodge obstacles.

A new, slightly-less-bashful Boo will try to spook Mario and Luigi.

Boohemoth is a new enemy in New Super Mario Bros. 2 that represents the designer's wishes to capture a sense of something unusual.

The character changes up the Boo formula by sneaking after Mario even when he faces it. In past games, Boos would chase Mario when his back was turned, and then cover their faces when he turned around. Boohemoth, on the other hand, will be shy, and then slowly crawl forward.

Check out your local retailers to play a demo of New Super Mario Bros. 2 soon.

New Super Mario Bros. 2 will be playable at select North American retailers starting in early August, according to the latest Iwata Asks.

You can check this Retail Kiosk Locater to see where one near you is. It's unknown when exactly the kiosks will switch to New Super Mario Bros. 2.

New Super Mario Bros. 2 is coming out at retail stores and on the eShop on August 19.

Nintendo is offering more eShop sales during the Month of Mario.

Nintendo of America is celebrating the launch of New Super Mario Bros. 2 for the 3DS and 3DSXL by discounting the price of four Mario games available on the eShop in what they are calling the "Month of Mario."