That pin collection won't redeem itself!

Today, June 30, is the last day to earn Platinum or Gold status on Club Nintendo in North America.

In previous years, getting a set number of coins within the year could net users items like calendars, a Super Mario Bros. statue, or a pin collection. To get gold status (which gets users a smaller... Read more...

Join the Nintendo World Report community for Mario Kart 7's Balloon Battle this Monday, July 2. We're kicking it off at 9 p.m. Eastern/6 Pacific (1 a.m. UTC for anyone overseas). You can exchange friend codes in the Talkback below, or go stock up in the official NWR 3DS Friend Code thread, which is located in the Handheld Discussion section of our forums. You can also add the NWR Balloon Battle Community Code, which is 52-8882-2728-4207.

October is shaping up to be a big month for the 3DS in Japan. 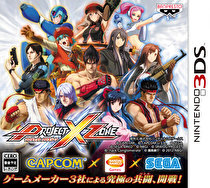 Project X Zone, the Nintendo 3DS crossover strategy RPG featuring characters from Sega, Capcom, and Namco Bandai, is going to be released in Japan on October 11 for 6,280 yen, Famitsu revealed.

Not only was the release date revealed, but five more characters for the game have also been unveiled.... Read more...

by Neal Ronaghan - 9:56 am EDT
Discuss in talkback! Source: http://www.nintendo.com/games/detail/ol_rjBzBrfCto...

The retro-inspired game from UFO Interactive is coming very soon. 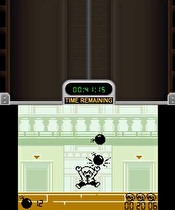 Johnny Kung Fu, the third eShop game from UFO Interactive, is coming to North America on July 12, according to Nintendo's website.

Johnny Kung Fu is an action/fighting game that features 16-bit era graphics in 3D on the top screen, and Game & Watch-esque graphics on the bottom screen, as you go between the two. I'll let the game's official description do the rest of the talking: 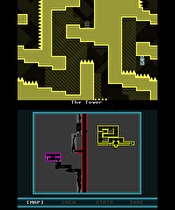 This game is the second "Game of the Weekend" sale that Nintendo of America is doing for the 3DS eShop. The inaugural game was Super Mario Land.

Recent EA comments suggest the Wii U Madden game will abandon the "All-Play" stylings of the Wii versions for a more realistic simulation. 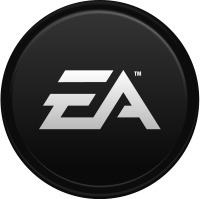 Electronic Arts will be ready to talk more about their Wii U sports games in just a couple of weeks, according to representatives from the publisher and recent event invites.

There will be a few events showing off Madden and FIFA on Wii U, both of which are known to be in development. A recent... Read more...

No More 3DS Models Coming in the Near Future WiiU3DS

Miiverse will be free to use, plus other information from Nintendo's shareholder's meeting.

During Nintendo's annual shareholder's meeting Satoru Iwata revealed that the company currently has no plans for additional 3DS models in the near future. Iwata also explained how third party support will be improved, and why Miiverse will be free to use.

When asked whether Nintendo had plans of... Read more...

The official title is "Senior VP of Network Business". 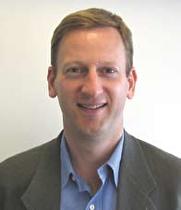 Orrell-Jones will be placed at the forefront of Nintendo's increasing online footprint,... Read more...

Retro appears to be fully staffed at the moment.

While looking for work, Grant Kirkhope, a former composer for Rare, was turned down by Retro Studios.

In response to someone trying to aid his job search on Twitter Kirkhope said "I already tried Retro .... They're full up!"

Kirkhope, who composed the score for the action-RPG Kingdoms of... Read more...

It's time to get even more Zen.

This week for the Nintendo downloadable platform brings us two new DSiWare games, two new eShop games, one new 3DS demo, and a sale on a 3DS favorite.

n-Space's 3DS RPG will get a playable demo in another region next week.

A demo for Heroes of Ruin will launch on the North American eShop on July 5, according to n-Space's Dan O'Leary. The demo came out in Europe on June 7.

Heroes of Ruin is also already out in Europe, coming out a week and a half ago. It doesn't come out in North America until July 17.

Also, Pokémon Dream Radar will hit the eShop the same day. Pokédex Pro 3D is set for a fall release. 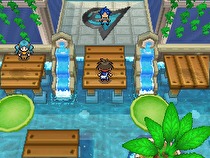 Days after the Japanese release of Pokémon Black and White 2, Nintendo confirmed that the game will hit North America and Europe on October 7 and 12 respectively. Additionally, Pokémon Dream Radar will hit the 3DS eShop the same day in each region.

Pokémon Black and White 2 are coming out on... Read more...

A new demo of the game is also available in Japan.

Bravely Default: Flying Fairy will release across Japan on October 11, according to the game's publisher, Square Enix.

With the game now about four months away from release, the Japanese eShop has received its third downloadable demo. This demo features some of the game's battle system.

Medal of Honor: Warfighter may be headed to 3DS, as reported by a recently removed Game Informer listing.

The website originally listed the title for 3DS, despite the publisher only fully confirming releases on PS3, PC, and Xbox 360. The listing, however, has since been removed. Game Informer also incorrectly listed the upcoming Tomb Raider title for Wii U, so the validity is in question.

To accompany Nintendo's newly designed handheld, a new version of the Circle Pad Pro will be released later this year.

The original device added, on top of some extra weight and mass to the 3DS, a second circle pad for games that required a little extra aiming precision. It also granted left-handed gamers the ability to play Kid Icarus Uprising without conforming to the awkward right-handed control scheme.

This update exists, but you won't really notice anything new. 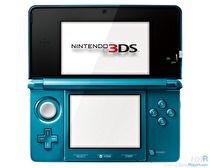 Nintendo released a system update yesterday for the Nintendo 3DS.

The update upgrades your system to version 4.2.0-9U. According to Nintendo's website the system update adds "Further improvements to overall system stability and other minor adjustments have been made to enhance the user experience."

The stellar DSiWare game is getting 3D sequel that is set in space.

The game is a sequel to last year's Go! Go! Kokopolo, which was a surprisingly excellent DSiWare game that featured colorful art and... Read more...

Europe will be able to conquer the kingdoms of Ransei on July 27. 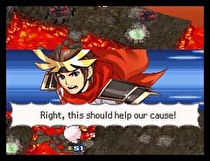 Nintendo cooks up some fun to beat the winter chills.

Over the following weeks, gamers in Melbourne will have plenty to do at the Nintendo Experience store on Swanston Street.

The events kick off next Saturday, June 30, with Super Mario Spectacular: a day of Mario related fun to celebrate the coming of two New Super Mario games this year. Mario fans... Read more...

Far Cry 3 is pushed back to a late November/early December release. The Wii U is also coming out in that same window.

Far Cry 3, a first-person shooter from Ubisoft, is being delayed from its early September release to December 4 in North America and November 29 in Europe.

The game, which was thought to be a possible Wii U title, might be getting the delay to support a Wii U version, especially since the Wii U is slated to come out around the same time as the new release date.