Independent developer says that 'Nintendo is particularly great at providing support to developers.'

Anytime a developer needs assistance with its game, Nintendo is quick to lend a helping hand, explained David Márquez de la Cruz, the head of Spain-based developer CoderChild. On Thursday, CoderChild released Bugs’N’Balls, which is not only the company’s first DSiWare title, but also their... Read more...

Exactly how will Nintendo sell Ubisoft's massive franchise to Japan? 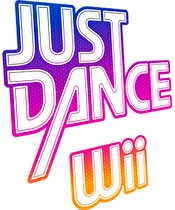 Nintendo will be publishing Ubisoft's hit dance game, Just Dance, in Japan. Rather than being a straight port, Just Dance Wii has been re-designed with a whole new audience in mind, while still keeping the gameplay that made it so famous around the world. The game is still being developed by Ubisoft Paris, while Nintendo will be in charge of distributing the game. The Japanese website for the game has also been made live.

Mario appears for the second time on the Virtual Console, and four Links invade the 3DS.

Today, Nintendo's downloadable game services see several new pieces of software. The first and most prominent release is The Legend of Zelda: Four Swords Anniversary Edition for both the eShop and DSiWare. Originally released as a bonus mode on the Game Boy Advance version of A Link to the Past, this new edition features new levels and features. The game is available free of charge for a limited time.

The remake of the classic arcade game has been delayed in order to test its online multiplayer and leaderboards.

Monkey Paw Games’ upcoming WiiWare title, BurgerTime World Tour has been delayed. The game was originally announced as a summer release, but due to the additional testing for the game’s online multiplayer and leaderboards, it will be delayed until late October/early November.

Nintendo's Zelda freebie is now up for grabs on the DSi Shop Channel.

The Legend of Zelda: Four Swords Anniversary Edition is now confirmed to be available for download in Australia as well.

The DSiWare game can be downloaded for free on either Nintendo DSi or 3DS by simply visiting the corresponding shop service and pressing the download button.

The offer for the free version of the game expires on February 20, 2012, so be sure to grab your copy as soon as possible.

The Master System version is getting the axe from the Wii VC. 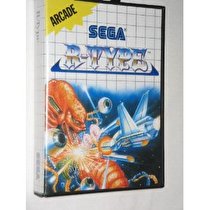 Sega is removing the Sega Master System version of R-Type from the Wii Virtual Console on September 30.

While there are few details as to why the game is being removed, the writer of the of the blog entry on Sega.com went on to mention in the comment section that he believes it is due to “a licensing... Read more...

Darksiders II For Wii U to Feature Unique Control WiiU

Vigil Games wants to take advantage of the new controller.

Vigil Games, the development studio behind the Darksiders series, is working hard to ensure that the Wii U version of Darksiders II will not only reach visual parity with competing HD consoles, but will also feature a control setup unique to the platform.

Jay Fitzloff of Vigil games said on the... Read more...

Zelda and Mario classics plus a new game from Nnooo in this week's downloads. 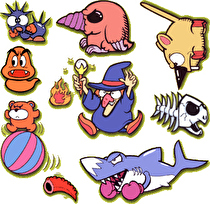 Gamers in Japan can get their hands on Samus' first handheld adventure. 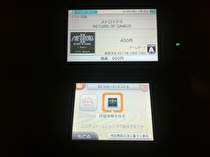 Metroid II: Return of Samus will be released on the eShop on September 28 for 400 yen in Japan. While official Nintendo website does not have the title listed on it’s release list, a search of “Metroid” in the Japanese eShop brings up the software profile revealing the release date and price. Metroid II is expected to hit other regions before the end of the year. 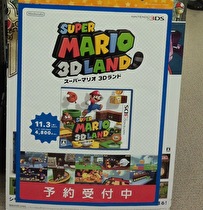 The display boxes for Super Mario 3D Land, put out on Japanese store shelves today, revealed the game to have StreetPass and Super Guide features.

StreetPass will allow the exchange of in-game items between players, while the P-Winged Assist Blocks will help players with useful or special items that can help them out.

Twinbee sees a 3D rebirth and there is an invasion of cubes of light.

Six pieces of software have been added to Nintendo's various download services today. The lone eShop exclusive for the week is 3D Classics: Twinbee. Originally developed by Konami and later remade by Nintendo, Twinbee makes its first ever appearance in North America. The overhead, scrolling shooter is available now for $4.99.

Despite anti-gravity, the futuristic combat racer won't be making the jump to Nintendo's home console.

Racing game Pyroblazer will not see a Wii release, according to an e-mail NWR received from CEO of Eipix Games Mirko Topalski.

"Personally, I play a lot of online FPS games," Amano states. "This leads me to think that... Read more...

Some of these ideas include expansion of the sticker power up and Samus based more on Other M. 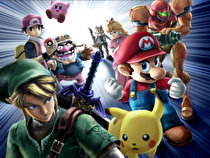 A supposed idea sheet for the next Smash Bros. game has been leaked onto the internet.

This idea sheet was allegedly sent to Sakurai's staff. In it, staff members would write out the ideas that they would like to see in the game. One of these sheets has been leaked onto the internet.

Development on Smash Bros. Wii U on Hold until Kid Icarus Is Done 3DS

The next game in the Smash Bros series won't begin development until Kid Icarus: Uprising is finished, said Masahiro Sakurai in a Twitter post.

The head of Project Sora stated on his Twitter account that "I'm currently concentrating on one title, Kid Icarus. Until this wraps up, Smash Bros. will not progress. Of course, characters have not been decided at all."

Nomura Hints at New World Ends With You Game DS3DS

Neku and friends could be returning soon.

Neku's cameo in Kingdom Hearts Dream Drop Distance may indicate that a new World Ends With You game is in the works, series creator Tetsuya Nomura hinted in an interview with Famitsu.

Neku's recently revealed appearance in the game woke up suspicions that Square Enix may be trying to bring the series... Read more...

Now your Miis can be as fantastical as the game's main characters!

Costumes for the playable Mii characters have been revealed for the upcoming Fortune Street game, known in Japan as Itadaki Street

Alongside the game's playable cast of Super Mario and Dragon Quest characters, players are able to choose their own Miis. In addition, they can be dressed up in several outfits, including a knight, a cowboy, camouflage clothes and even a gothic lolita inspired dress.

Capcom, however, declined his offer.

Keiji Inafune, co-creator of the Mega Man series, has stated that he wanted to work on Mega Man Legends 3 long after he left Capcom last year in an interview with Joystiq.

He told Joystiq that he wanted to work on both Mega Man Legends and Mega Man Universe, a classic Mega Man game for the Xbox Live Marketplace and PlayStation Network. Both games were eventually cancelled, despite some support behind them from Capcom.

Sora and Riku's companions can now appear on the palm of your hand! 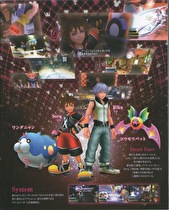 MapleStory DS to Be Released in Japan in November DS

The famous online RPG will now be part of the DS's vast library of games. 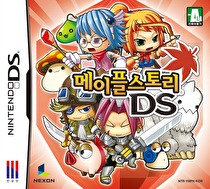 MapleStory DS, Nexon's first DS title will be released in Japan on November 17 for 3990 yen.

Based upon the free-to-play PC MMORPG, MapleStory DS is a single-player action RPG featuring new 3D-rendered movies and a brand new story separate from the MMORPG.

In addition, the game will have connectivity... Read more...