Australians will also have a cool limited edition bonus. 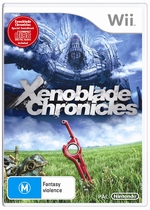 Nintendo Australia announced today that Xenoblade Chronicles will be released for the Wii on September 1, 2011, for both Australia and New Zealand.

The first production run of the game will also include a special soundtrack CD, containing 12 tracks from the game.

DLC System Coming to Both 3DS & Wii U 3DSWiiU

Iwata speaks about Nintendo's future plans for the eShop.

During a recent Q&A, Nintendo president Satoru Iwata revealed that Nintendo is currently preparing a paid item transaction system (DLC), for both the 3DS and the Wii U. He also added that Nintendo will likely not be using this themselves, because they believe doing so would not be good for building a strong relationship with their customers.

Nintendo global president gives reasons for why the price has dropped so close to launch. 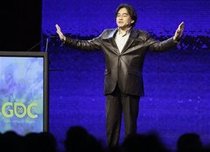 The drastic markdown of the Nintendo 3DS retail price was done at this time due to a need to increase market penetration before anticipated holiday season games are released, to boost sales to predicted levels so that it can be a sound successor to the Nintendo DS, and to reassure retailers and software publishers that the expansion of the platform will not be an issue.

This Week in Europe Downloads DS3DSWii

An action packed week with 3D golf, mikoshi racing and some classic baseball. 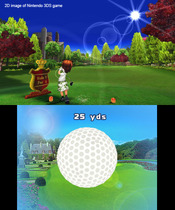 The European download services have expanded their libary with six brand new titles, and as per usual most of them are for the eShop and DSiWare.

Poor 3DS sales means pay cuts across the board. 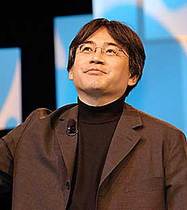 Nintendo President Satoru Iwata will be taking a 50 percent pay reduction in response to poor Nintendo 3DS sales. The news was revealed at a conference in Tokyo, where Iwata stated to investors that he would be taking responsibility for the low sales figures.

A DSiWare/eShop-heavy week featuring 3D golfing, ropes that burn and brothers who brawl.

Six new games have been added to Nintendo's download services, with DSiWare and eShop receiving the most titles.

The lone eShop-exclusive title is Gameloft's Let's Golf 3D. Players will be able to fully customize their golfers and take them through exotic locations. The game is available for download for $6.99.

The just-announced Virtual Console titles on 3DS will have additional features in their final releases.

NES games released on the Virtual Console for Nintendo 3DS will eventually be improved over the initial versions.

The pre-release versions available through the Ambassadors Program, as announced earlier, will have some missing features compared to the final releases. The earlier versions will... Read more...

The Nintendo 3DS retail price will decrease in several regions.

The European retail price is set by the individual retailers, but the trade price has been dropped by around a third.

Early adopters of the system in will receive lots of free goodies. 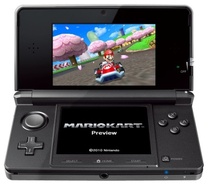 Nintendo announced that early adopters of the 3DS, who bought the system prior to the recently announced price drop, will receive 20 free games through the eShop. This initiative is called the "Ambassadors Program."

To be eligible for the free downloads, users must connect to the eShop through... Read more...

Along with the new site, there is a Facebook poll to get fan input on what games they want localized.

Level-5's North America branch has launched their  official website. It currently has a virtual tour of their U.S. office, as well as a history of Level-5's work and a list of the titles that are currently in development.

They're also running a poll on their new Facebook page, asking... Read more...

The upcoming 3DS Pokémon game has been delayed due to "various circumstances."

Super Pokémon Scramble, known in North America as Pokémon Rumble Blast, has been delayed in Japan.

The official announcement on Nintendo's website states that "various circumstances" have prevented the game from meeting the original release date. It will now be released on August 11, 2011.

Wii action RPG will see release in the land down under.

Xenoblade Chronicles is confirmed for Australian release by Nintendo Australia.

Previously rumored for release and rated by the Australian Classification Board, Xenoblade Chronicles is now slated for Australia. No release date has been given. The Monolith-developed action Wii RPG is the first of three RPG titles clamored for by Operation Rainfall, who seek their release by Nintendo of America.

Five points to anyone who can notice the difference.

Nintendo has launched a system update for the Nintendo 3DS which updates the system to firmware 2.1.0-4. While it is not immediately known what impact the software update will have, Nintendo states that the update was to improve system stability and that the udpate contained minor adjustments to enhance the overall user experience.

Title developed by Yuji Naka's Prope studio will be brought over by XSEED.

Fishing Resort, an arcade-style fishing game from Sonic creator Yuji Naka's Prope studio, will be coming to Wii this fall through XSEED.

The game is structured as an island vacation, where the player can travel all over the island through a variety of different environments, with fishing possible anywhere there's water. Characters are fully customizable, with hundreds of available items to choose from.

Three new items can be purchased with Club Nintendo coins. 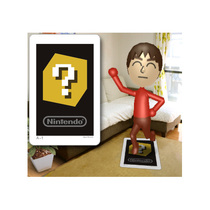 Three new rewards have been added to the selection available on Club Nintendo. These include a set of posters featuring images from the Donkey Kong series, a giant AR card for use with the 3DS, and a Metroid: Other M screensaver.

It's coming this week in Europe, but America will have to wait a little longer.

Let's Golf! 3D is coming out on the eShop in North America on August 11, according to Gameloft.

The game, an original 3DS downloadable title, is set for release this Thursday in Europe. It will be the first non-Nintendo-published original 3DS title on the service in non-Japan regions. The game is €6 in Europe, which, using the same-priced Xevious as a barometer, translates to $6 in North America.

Skyward Sword will be about the creation of the Master Sword, and Ganon will not be its main antagonist.

When asked about the story in Skyward Sword, Aonuma mentions that while past Zelda stories were about Link finding the Master Sword, this story will deal... Read more...

If there is enough demand, a remake could be produced.

Zelda Producer Eiji Aonuma has mentioned that if there is enough of an emotional response, a 3D remake of Majora's Mask is a possibility, he stated in an interview on Nintendo Power.

The exchange went as follows:

Nintendo Power: After playing Ocarina of Time 3D, the next question that comes to mind is: Will we get a Majora’s Mask remake next?

The game will be on Nintendo's newest system by the end of 2012. 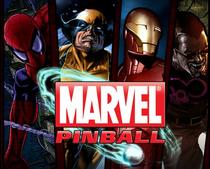 Zen Studios has confirmed that their pinball title, Marvel Pinball, will make an appearance on the Wii U by the end of 2012. The news was confirmed at this year's Comic-Con event.

No exact details about the game were revealed, except that the Wii U will join several other versions. 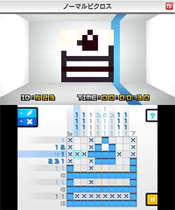 Picross, the dangerously addictive picture-drawing puzzle game, is getting a new iteration on the 3DS eShop known as Picross e.  Returning to its 2D roots after Picross 3D on the DS system, the latest game will make full use of the 3DS touch screen for quick and easy chiseling fun. Picross e includes 150 puzzles ranging from 5x5 to 15x15 in size.