With the game's imminent release, we give you one more batch of clips.

Recently, Japan received a third 30-second commercial, full of story teasing and the re-emergence of the mysterious female scientist. Japan Correspondent Matt Walker has the translation for you.

Additionally, the English version of the action-heavy "Story Trailer" has been posted by Nintendo, with a quick look at the members of the Federation's 07th Platoon.

A new documentary has the game's directors talking about its development.

A recently-released mini-documentary entitled "Metroid: Other M - The Challenge of Project M" features three of the driving forces behind Metroid: Other M discussing its development.  Series creator Yoshio Sakamoto, D-Rockets' Director of Presentation Ryuzi Kitaura, and Team Ninja's Yosuke Hayashi detailed their participation in, and philosophy regarding, the Other M project.

The Shin Megami Tensei and Trauma Center developer will no longer operate as an independent developer/publisher.

Japanese developer and publisher Atlus Co., Ltd. has been dissolved by parent company Index Holdings, which originally acquired the company on October 30, 2007. The parent company will continue to release games under the Atlus brand, merged with their mobile subsidiary Index, and Atlus will no longer... Read more...

This Week in Nintendo Downloads DS

It's a quiet week, with all titles fitting on one Nintendo Points card, should you choose to redeem it so.

This week brings us only one WiiWare and three DSiWare games, covering fewer subjects than the usual list of far and wide venues. We're only going to Elastic Land, space, notebooks, and keyboards this time.

If you're desperate for a new WiiWare title, your only option is Tales of Elastic Boy - Mission... Read more...

Get ready for the third entry in the series when it hits this year.

Golden Sun: Dark Dawn is coming out on November 29, according to a recent press release from Nintendo.

The game takes place 30 years after the events of the first two Golden Sun games, and follows a... Read more...

The two models of the DSi are set to take a price plunge in just a few weeks.

This drop comes as Nintendo plans to unveil... Read more...

The $70 package includes the game, a figurine, a behind-the-scenes DVD, and more. 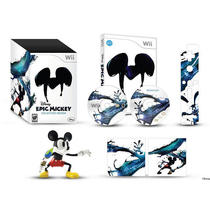 Disney Epic Mickey is getting the collector's edition treatment according to a recent listing by Toys R Us.

The package, retailing for $70, includes a copy of Disney Epic Mickey for Wii, a 5-inch Mickey figure, a DVD with behind-the-scenes footage and more, a stylized Wii Remote faceplate, and a pair of Wii console skins.

The watery puzzle game will be revealed at PAX next week.

Nintendo's official website has been updated with a game page for Fluidity, a "water action" title for WiiWare.

The description says the game combines a realistic water physics engine with puzzle gameplay. Liquid water, ice, and clouds will be used for solving puzzles within chapters of an illustrated... Read more...

Rising Star Games has announced a contest where they will give away copies of their upcoming Nintendo DS title.

European publisher Rising Star Games is giving away a copy each week, for the next five weeks, of PANG: Magical Michael for the Nintendo DS. To enter, all you need to do is watch the gameplay trailer on Rising Star Games' YouTube channel and send an email to comp@risingstargames.com identifying... Read more...

Art Academy has gone beyond and above Nintendo's expectations.

Nintendo’s Art Academy has turned out to be quite a hit in Europe, with the game topping the DS charts for two consecutive weeks thus far. The game also sits at number six in the All Formats Top 40 in the UK, despite it seeing supply constraints.

Retailers such as Amazon Marketplace have raised... Read more...

Sales plummet as Obon comes to an end.

Last week saw many games with large sales increases due to the mid-summer Obon holiday, but this week was quite the opposite. All of the games in this week’s top 20 had decreased sales, whether by a few hundred units or a couple of thousand.

After ruling the roost last week due to an enormous... Read more...

Get ready to rock.

After teasing gamers for months, MTV and Harmonix have finally unveiled the complete song list for their upcoming Rock Band 3.  There will be 83 songs in total, featuring acts such as Lynyrd Skynyrd, Queen, Def Leppard, and INXS.

The fifth generation of Pokemon is a big success in Japan, and it hasn't even been released yet.

Metroid: Other M to Use Dual-Layer Disc Wii

In a segment of Iwata Asks, members of Team Ninja stated that Metroid: Other M will come on a dual-layer DVD disc in order to hold the game's cutscenes and additional content. At times the cutscenes were shaved off in length by seconds to fit them all on the disc.

This week sees six new titles added to Nintendo's downloadable game services. WiiWare's lone title is Broken Rules' And Yet it Moves, which is also available on PC. The title is a physics-based platformer in which players must rotate the game's world in order to access new levels and entrances previously... Read more...

The popular tower defense title will get a DS port in 2011.

According to a Twitter post by PopCap's PR representative, Laurie Thorton, the company is working on a DS port of Plants vs. Zombies, a critically-acclaimed tower defense game in which players must strategically place several plants in order to fight off an army of zombies. The original title was released on the PC on May 5, 2009 via Steam and has since been brought to other platforms.

The Nintendo president discusses the challenges developing the latest game in the Wii series.

Make some popcorn; we've got a flood of Other M in-game footage for you.

On second thought, nix the popcorn and start watching these gameplay clips. While they reveal what are mostly familiar environments for the Metroid franchise, it is exciting to see them played out with Other M's flair.

Look forward to more videos and coverage as we approach the game's August 31 release date, and be sure to check out the newly-redesigned official website!

Buy Metroid: Other M and Get a Bonus Wii

GameStop customers will enjoy a nice extra with their Other M. 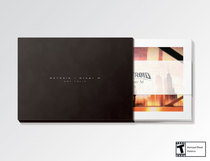 Those who pre-order Metroid: Other M from GameStop will receive an exclusive 16 card art folio. This bonus will be available to both online and in-store purchasers.

As is to be expected, we have only a partial view of what one of these cards will look like. The image provided does not include a reference for how large the cards will be either, so whether these are the size of a postcard or a postage stamp is unknown.

Commercials show off both action and drama sides of Samus' latest adventure. UPDATED.

Two commercials for Metroid: Other M have been posted to the official Japanese Metroid website.  The first features several cutscenes relating to Samus' past, including scenes not shown until now.  Our Japan Correspondent, Matt Walker, has translated the first trailer, which you can watch below.