by Neal Ronaghan - 6:46 am PST
Discuss in talkback!

The former Nindie Showcase game will bring its Hotline Miami-esque style to close the month.

Bloodroots is coming to Switch on February 28 according to developer Paper Cult.

First announced for Nintendo's platform just under a year ago, Bloodroots stars Mr. Wolf who seeks vengeance against the villains who left him for dead. The hook is that everything (and we mean everything) can be Mr. Wolf's weapon, be it sword, barrel, or carrot. The flow of levels is evocative of Hotline Miami, especially with the quick die-retry mechanic.

The preloads for Animal Crossing: New Horizons have launched worldwide, and confirmed the handling of saves for the game.

New Horizons save data will not be transferable to other Switch consoles, according to the North American and European eShop listings. Similar restrictions have been used in... Read more...

Concerns regarding the coronavirus have led Private Division to push the Virtuos-developed Switch release to beyond March.

According to Outer Worlds publisher Private Division, the Switch version of The Outer Worlds has been delayed. In a tweet earlier today they stated that the coronavirus is "impacting the Virtuos team working on the port". Due to this the game is being delayed to presumably give the team some time off before resuming work. It has not been revealed if the virus has spread to the Virtuos team or if this is merely a precaution.

Sonic 2, Puyo Puyo 2 Getting the Sega Ages Treatment on Switch in February Switch

by Neal Ronaghan - 9:16 am PST
Discuss in talkback!

Sonic the Hedgehog 2 features the drop dash and Puyo Puyo 2 gets an English localization for the first time.

Sonic the Hedgehog 2 and Puyo Puyo 2 are coming to Switch on February 20 as the next two entries in the Sega Ages lineup on Nintendo's system.

Sonic 2, originally released in 1992 on the Sega Genesis, features a handful of new features, most importantly to some, the drop dash move introduced in... Read more...

by Neal Ronaghan - 8:20 am PST
Discuss in talkback!

Dandara: Trials of Fear Edition will arrive soon on Nintendo Switch as a free update to Dandara, which first came out on Switch in early 2018.

The new content, which will likely be out in 2020 but no exact timing was given other than "soon," features a plethora of additions. Here they are in a list format:

by Neal Ronaghan - 7:45 am PST
Discuss in talkback!

Get a 10% discount if you pre-order starting February 20 or buy the game in its first week.

First announced last fall and featured in December's Indie World presentation, the game is directed by Ed Fear, who most recently worked on The Swords of Ditto, and features character designs from Hatoful Boyfriend's Hato Moa and music from Ace Attorney's Masakazu Sugimori.

They're going all out for this one.

Arc System Works is bringing a collection of brawlers, action RPGs, and sports titles West after over a year, and it's all going to be localized.

The Kunio-Kun World Collection will be localized for the west as the DOUBLE DRAGON & Kunio-kun Retro Brawler Bundle, launching on February 20. In... Read more...

Happy early birthday, Dad - I got you a legally distinct Sherlock Holmes.

My own personal game of the week this week is a boarding from the Otome Armada: Code: Realize provides a bit of historical otome with Van Helsing, Victor Frankenstein and... "Herlock Sholmes". Apparently they don't want to mess with the Doyle estate. Some of the bigger games of the week are Netflix strategy RPG The Dark Crystal and the Tearaway-adjacent Knights and Bikes, or you can get your ninja on with Kunai.

And Mahvel is back, baby.

The world's largest fighting game tournament will have a good mix of Switch available fighters for the 2020 tournament.

Running from July 31 - August 2, the tournament's headliner is expected to be Super Smash Bros. Ultimate as it was the first game announced. Other Switch games represented are Dragon Ball FighterZ, Samurai Shodown (Switch launch February 25) and Under Night In-Birth Exe:Late[cl-r] (February 20).

A story about first love and heartbreak presented in a simple manner. 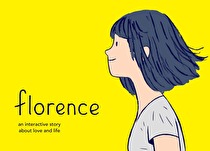 Annapurna Interactive will be bringing the interactive storybook game Florence to Nintendo Switch.

Florence is a game by Australia based studio Mountains, originally released on iOS and Android in 2018. The game follows a young woman as she deals with first love and everything that comes with... Read more...

If you're buying Animal Crossing and that Switch on launch day, it won't take much to get some more Doom.

The eShop has updated with an unexpected price for an upcoming remaster.

April delivery date for a lost Wii U game.

Platinum Games is bringing back one of their past projects on the Switch.

The developer is self-publishing a remastered version of 2013 Wii U game The Wonderful 101 and is currently taking reservations for the game on Kickstarter. The original goal of $50,000 US for a Switch version was met in under 20 minutes, with stretch goals for ports to other consoles.

It worked for Mario Kart Tour; will it work for the big moneymaker of Nintendo's mobile efforts?

Fire Emblem Heroes is the latest game to jump onto monthly subscriptions.

The "Feh Pass" was introduced in a video presentation timed for the game's third anniversary, and will cost $9.49/€11.49 a month. The major feature will be two "Resplendent" Heroes - new skins for existing Heroes that also provide a ten point statistical increase - per month, with the option to purchase missed ones as well.

There's a lot of people roaming these islands.

Islands in New Horizons will allow for eight different residents at once, with four players able to play on the same system simultaneously. Local wireless and online play will allow eight players to play.

Whatever Switches are on shelves as of the end of December, they may not be there for long.

The character suspensions will only last for a week, unless one of the heroes supports Hong Kong.

The next Overwatch patch will introduce some new features for the competitive game.

In a development video posted today, Blizzard outlined a new option called the "Experimental Card". It will be used to test major balance changes and open the testing up to console players. Based on observation, changes made in the Experimental Card may or may not come to other modes later.

And a carrying case to go along with it 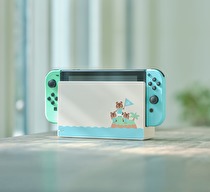 The system will retail for US$299.99/C$399.99 and launch on March 13. It will feature a light-colored dock with a Nook family design, as well as special light blue Joy-Cons. The game will not be included.

Some of us will have a Spacer's Choice to make.

Obsidian's newest RPG will be hitting Switch in just over a month.

The Outer Worlds has been confirmed for a March 6 release date on Switch, following its October release on PlayStation 4/PC/Xbox One. The game will have a MSRP of $59.99.

Although it will be available at retail, the box will contain just a download code. The file size for the Switch version has not been disclosed.

Was it Poké-heaven or hotel hell?

At the close of the Japanese business day earlier today, Nintendo released their financial results for the third fiscal quarter of the 2019-20 fiscal year. This is Nintendo's holiday quarter, with the biggest events of the quarter being the launches of Luigi's Mansion 3 and Pokémon Sword & Shield.

Vikings and detached limbs makes for an intriguing adventure.

The developers behind a 2018 indie surprise on Switch are returning early in 2020 with a new adventure.

Perfectly Paranormal, who developed Manual Samuel, will return with Helheim Hassle soon. Similar to Manual Samuel, and taking place on the same day, players will control the pacifist viking Bjørn who is trying to avoid spending eternity in Valhalla, and teaming up with a mysterious figure named Pesto to try and live eternally in Helheim.

Switch Blood will be Spilled Feb 20